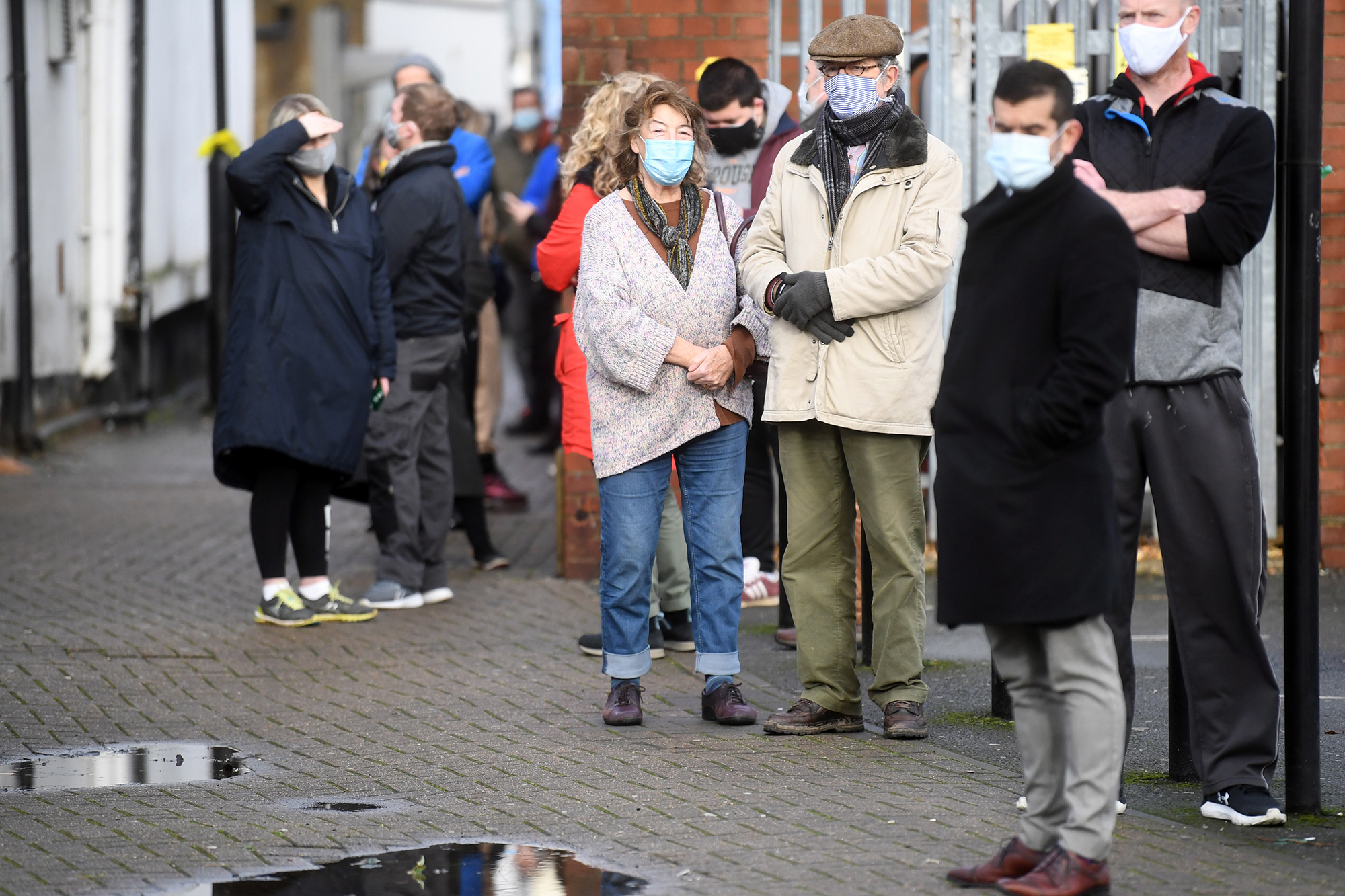 The highly-contagious COVID-19 variant that first emerged in the United Kingdom appears to have evolved again to include a “worrying” new mutation, researchers said.

Nearly a dozen cases have been identified that include a mutation known as E484K, which has already been identified in the South Africa and Brazil variants, the BBC reported.

“The mutation of most concern, which we call E484K, has also occurred spontaneously in the new Kent strain in parts of the country too,” Calum Semple, an outbreak medicine expert who advises the UK government, said on BBC radio.

The highly-contagious mutation changes the shape of the virus’ spike protein — the part of the bug that makes it infectious.

Experts now fear that E484K has allowed the South Africa and Brazil strains to get past the natural antibodies of those who have already recovered from becoming infected in the first wave.

Nearly a dozen cases of COVID-19 have been identified that include a mutation known as E484K.EPA/NEIL HALL

This also means the mutation may mean the strain is more resistant to antibody drugs or plasma from coronavirus survivors, both of which help people fight off the virus, experts said.

Dr. Julian Tang, a virologist at the University of Leicester, said the mutation to the UK variant “is a worrying development, though not entirely unexpected,” the BBC reported.

He urged people to follow lockdown orders in the UK to prevent the virus from continuing to mutate and spread.

“Otherwise not only can the virus continue to spread, it can also evolve,” Tang said.

A man is tested at a COVID-19 testing center in Ealing, west London.EPA/NEIL HALL

The mutated UK cases were first detected in the English county of Kent, southeast of London.

Public Health England said it was seen in 11 out of 214,159 samples that they tested, the BBC reported.