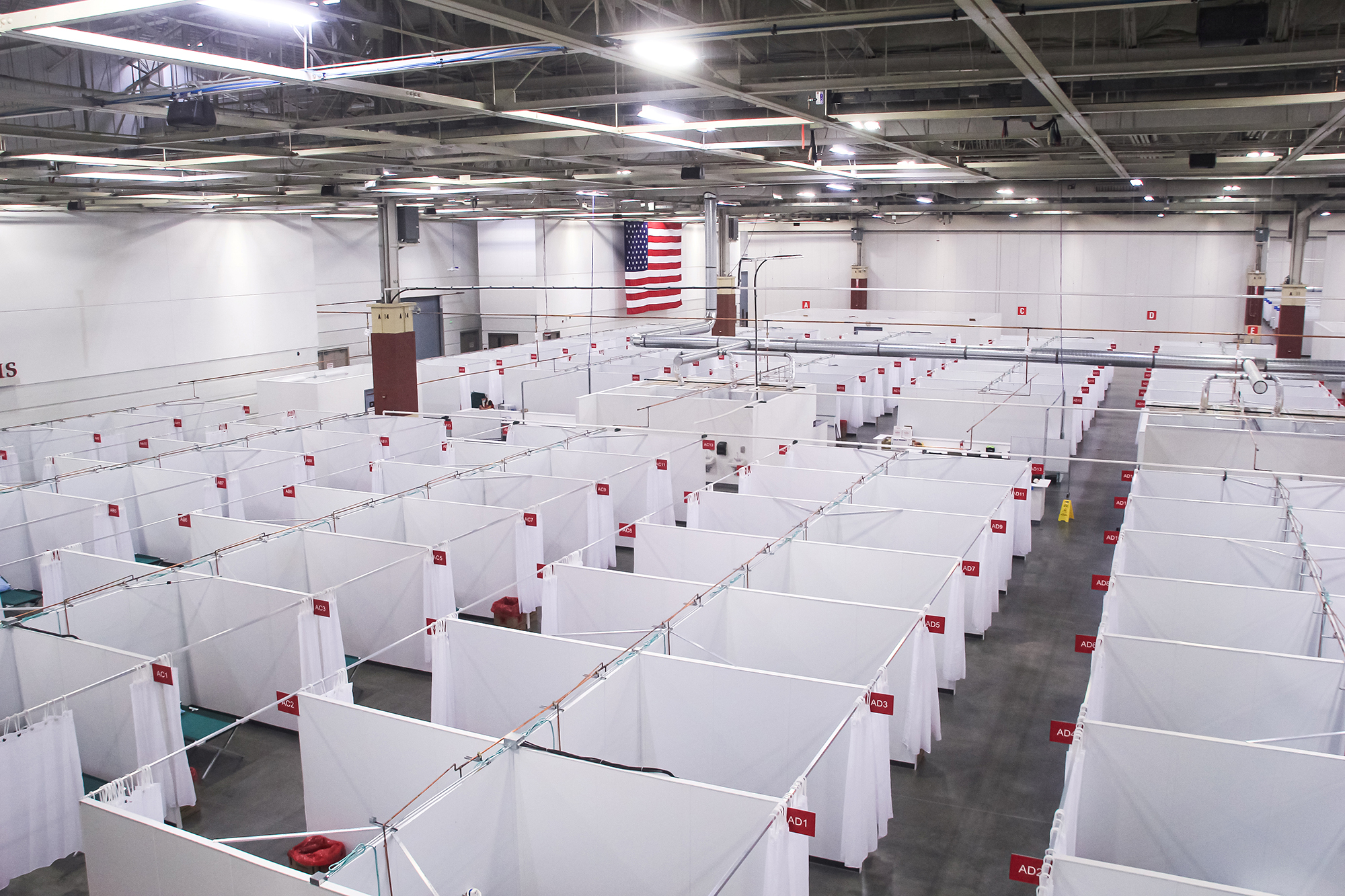 The cavernous facility in Wisconsin State Fair Park just outside Milwaukee has row-upon-row of curtained-off hospital beds ready for a feared influx of patients.

It opened Wednesday — the same day that for the first time more than 1,000 people were hospitalized with the virus in the Badger State.

Health authorities recorded an almost 25 percent spike in coronavirus hospitalizations in the past seven days compared to the previous week, which the state’s Department of Health Services Deputy Secretary Julie Willems Van Dijk said had left the care system “in crisis.”

“Many of our ICUs are strained,” she told The Capital Times. “And every region of our state has one or more hospitals reporting current and imminent staff shortages.”

The 530-bed care facility was initially built in April but was until now never needed, The Capital Times said. Manned by medical staff from across the state, it was ready to take its first 50 patients — but that number could easily double at short notice.

“We’ve been fielding calls all morning, all afternoon to this time from area hospital and health systems,” Deb Standridge, CEO of the Alternate Care Facility, told the paper.

The facility will take patients aged 18 to 70 who are in the late stages of care, freeing up hospitals to care for more urgent cases. Patients cannot have fevers over 100 degrees and must be able to walk on their own or with the assistance of one other person, officials said.

Wisconsin joins other states across the Midwest seeing record surges in the pandemic.

On Wednesday, more than 22,000 new cases were reported across the Midwest, compared with a previous record of more than 20,000 on Oct. 9.