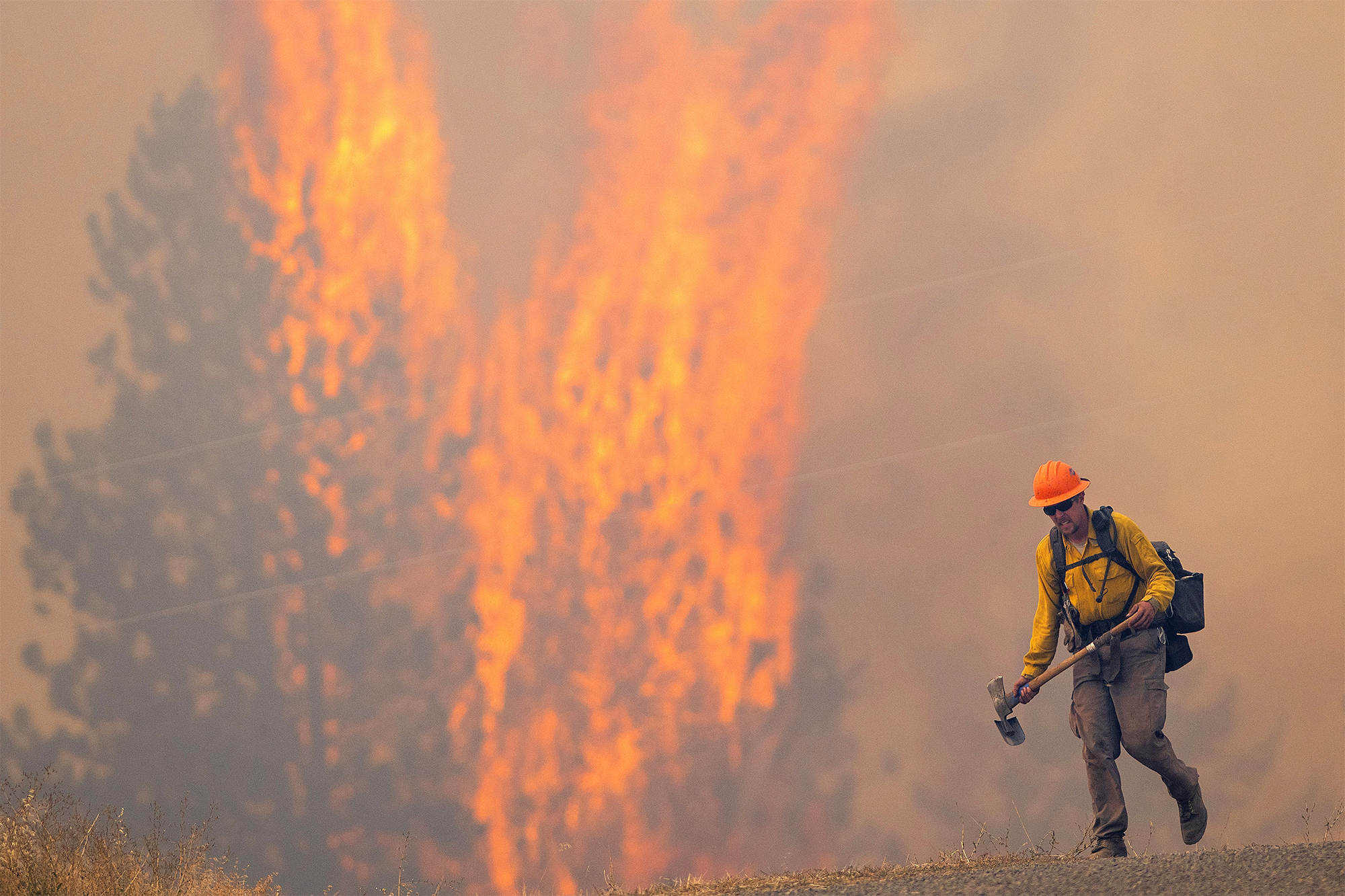 Hazardous smoke from massive wildfires raging across the western US have likely caused COVID-19 infections and deaths to surge in several states, according to a new study.

Tiny pollutant particles known as PM2.5s — which invade the respiratory system and cause inflammation — may have raised the infection rate by nearly 20 percent in some counties in California, Oregon and Washington amid record-breaking wildfires last year, according to Harvard University researchers.

Overall, more than half of all COVID-19 deaths in the areas were linked to the pollution, according to the study, published this week in the journal Science Advances.

“Combining wildfires with this pandemic can have a really disastrous effect. It’s disturbing,” Francesca Dominici, a professor at the Harvard TH Chan School of Public Health who co-authored the research, told The Guardian.

An aircraft drops fire retardant to slow the spread of the Richard Spring fire, east of Lame Deer, Mont.Matthew Brown/AP

“In some counties the association was very strong indeed – on days with lots of wildfire smoke the Covid cases went up by a lot,” she said.

The total number of COVID-19 infections linked to the wildfire smoke in the three states between March and December 2020 was 19,742 with 748 deaths, according to the study.

The report comes as wildfires ripped through parts of the west this week — including the Bootleg fire in southern Oregon, which swelled to the size of LA, and the Dixie fire in northern California, the state’s biggest ever in recorded history.

During the study, scientists looked at  92 counties in the three states while considering other possible factors for COVID-19 infection spikes.

Smoke from wildfires is carried by winds, obscuring the view for visitors to the Calgary Stampede.Jeff McIntosh/The Canadian Press via AP, File

They found that the wildfires last year caused the largest surge of coronavirus cases in Butte County, California, and Whitman, Washington, while Calaveras, California, had the largest rise in COVID-19 deaths.

“It’s very concerning. I’d say to anyone living in a place affected by wildfires to get vaccinated as soon as possible. Longer-term, this shows us, yet again, the importance of fighting climate change,” Dominici said.

More work needs to be done to fully link wildfire smoke to the coronavirus, which also attacks the lungs and respiratory system, the researchers said.