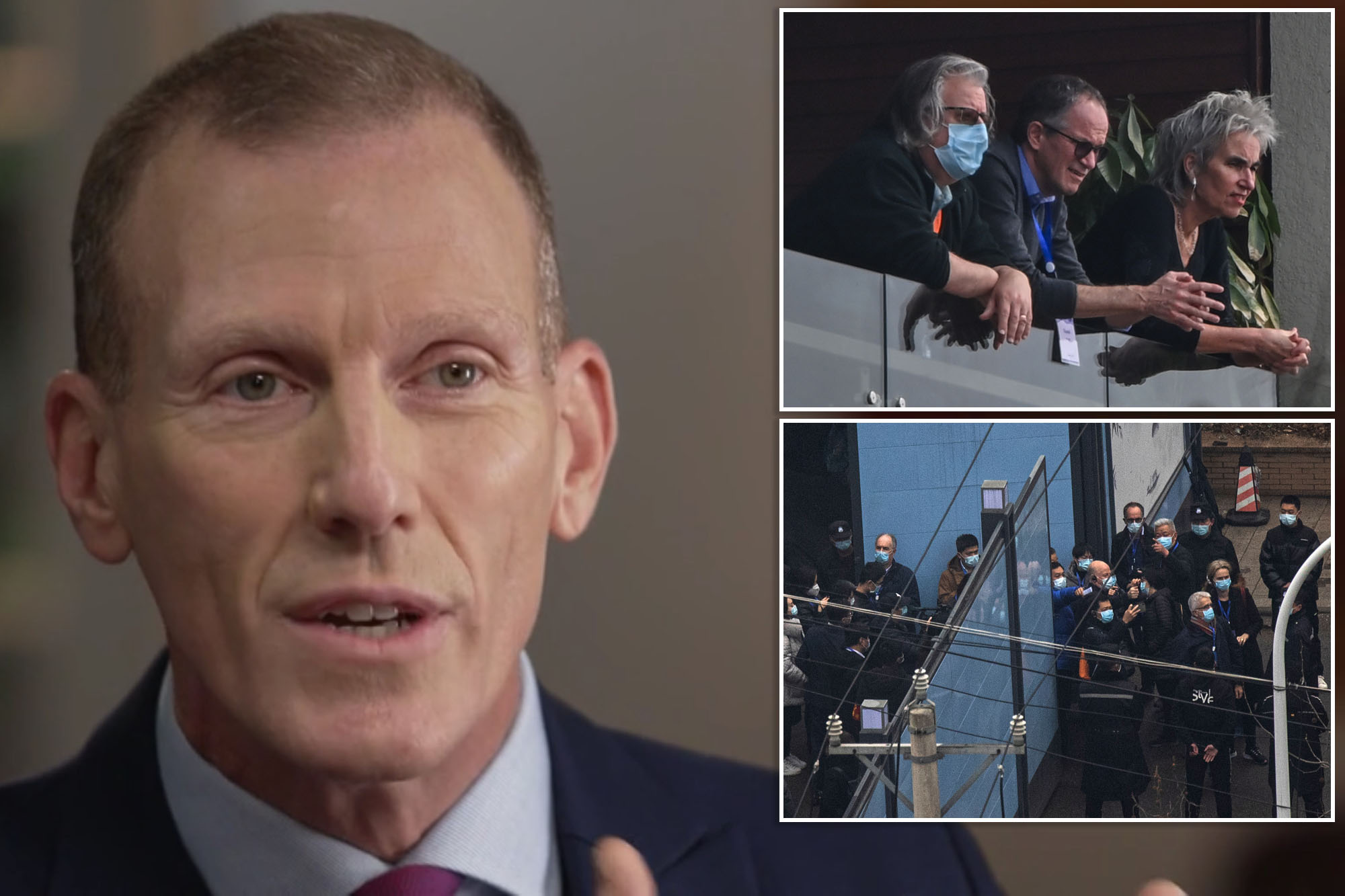 The World Health Organization is being slammed as Beijing’s “useful idiots” after it dismissed as “extremely unlikely” the theory that the deadly bug escaped from a Wuhan lab.

A joint WHO-China study on the origins of the pandemic says that transmission of SARS-CoV-2 from bats to humans through another animal is the most likely scenario, according to a draft copy obtained by The Associated Press.

The report’s release has been delayed, raising questions about Beijing’s side trying to skew the conclusions to prevent blame for the pandemic falling on China.

A WHO official said late last week that he expected the report would be ready for release “in the next few days.”

The AP received a copy on Monday from a Geneva-based diplomat from a WHO-member country. It was unclear whether the report might still be changed prior to release, though the diplomat said it was the final version.

Peter Ben Embarek (center) and other members of the World Health Organization team investigate the origins of COVID-19 in Wuhan, China.HECTOR RETAMAL/AFP via Getty Images

Another diplomat also confirmed receiving the report. Both refused to be identified because they were not authorized to release it before publication.

Peter Ben Embarek (3rd from right) and Marion Koopmans (2nd from right) attend a press conference to wrap up a visit by an international team of experts from the World Health Organization in the city of Wuhan, China.HECTOR RETAMAL/AFP via Getty Images

“Since the initial outbreak of COVID-19, the Chinese Communist Party has lied & covered-up to the world the pandemic’s origins,” he said in a tweet.

“The World Health Organization has played along time & again as the CCP’s useful idiots. A thorough & truly independent investigation is long overdue,” he added.

Peter Ben Embarek (center) and Marion Koopmans (right) and other member of the World Health Organization (WHO) team investigating the origins of the COVID-19.HECTOR RETAMAL/AFP via Getty Images

Jamie Metzl, a senior fellow at the Atlantic Council, called for an international probe into the origins of the pandemic as he assailed the WHO’s inquiry as inadequate.

“Everybody around the world is imagining this is some kind of full investigation,” Metzl, who served in the National Security Council during the Clinton administration, told CBS’s “60 Minutes,” Fox News reported.

“It’s not. This group of experts only saw what the Chinese government wanted them to see,” he said, adding that the WHO’s probe in Wuhan should actually be referred to as a “highly chaperoned, highly curated study tour.”

Members of the World Health Organization team investigate the origins of the COVID-19 pandemic after visiting Xinhua Hospital in Wuhan, China.HECTOR RETAMAL/AFP via Getty Images

Metzl joined more than two dozen experts demanding a new international inquiry into the origins of the pandemic.

“We would have to ask the question, ‘Well, why in Wuhan?’ To quote Humphrey Bogart, ‘Of all the gin joints in all the towns in all the world, why Wuhan?’” he said, according to Fox News.

WHO team member Thea Fischer (center) and other members of the group leave their hotel after the World Health Organization team wrapped up its investigation into the origins of the COVID-19 coronavirus in Wuhan, China.HECTOR RETAMAL/AFP via Getty Images

“What Wuhan does have is China’s level four virology institute, with probably the world’s largest collection of bat viruses, including bat coronaviruses,” he added.

He described the WHO probe as China collecting its own data and then handing it over to the team — comparing it to tapping the Soviet Union to “do a co-investigation of Chernobyl,” according to the network.

Last month, EcoHealth Peter Daszak, the only American member of a WHO delegation that recently visited China to probe the origins of the pandemic, said the US should accept WHO’s preliminary conclusion that it was highly unlikely the deadly bug could have leaked from the lab.

Peter Ben Embarek speaks during a press conference to wrap up a visit by an international team of experts from the World Health Organization in the city of Wuhan, China.HECTOR RETAMAL/AFP via Getty Images

He said China granted the team full access to all sites, a claim that was immediately met with skepticism, according to Fox News.

Daszak told “60 Minutes” that WHO’s theory is that the virus was transmitted by bat into a wildlife farm.

“And then the animals were shipped into the market,” he said. “And they contaminated people while they were handling them, chopping them up, killing them, whatever you do before you cook an animal.”

He also called the theory that the virus leaked from a lab “extremely unlikely,” Fox News reported.