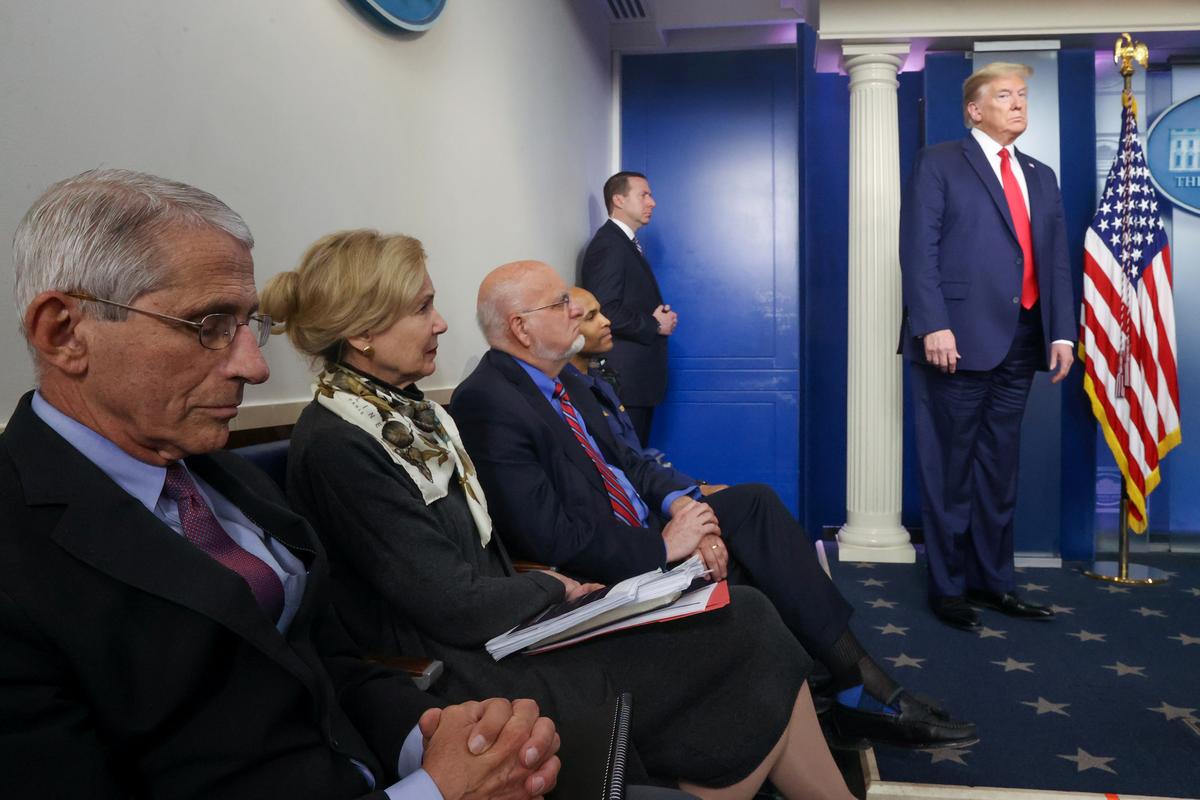 WASHINGTON (Reuters) – The White House coronavirus task force will wind down as the country moves into a second phase that focuses on the aftermath of the outbreak, President Donald Trump said on Tuesday.

Trump confirmed the plans after Vice President Mike Pence, who leads the group, told reporters the White House may start moving coordination of the U.S. response on to federal agencies in late May.

“Mike Pence and the task force have done a great job,” Trump said during a visit to a mask factory in Arizona. “But we’re now looking at a little bit of a different form and that form is safety and opening and we’ll have a different group probably set up for that.”

Trump said Anthony Fauci and Deborah Birx, doctors who assumed a high profile during weeks of nationally televised news briefings, would remain advisers after the group is dismantled. Fauci leads the National Institute of Allergy and Infectious Diseases and Birx was response coordinator for the force.

“We can’t keep our country closed for the next five years,” Trump said, when asked why it was time to wind down the task force.

More than 70,000 people in the United States have died from COVID-19, the respiratory illness caused by the virus. The U.S. death toll is the highest in the world.

Trump acknowledged there might be a resurgence of the virus as states loosen the restrictions on businesses and social life aimed at curbing its spread.

“It’ll be a flame and we’re going to put the flame out.”

Earlier, Pence said Trump was starting to look at Memorial Day on May 25 as the time to shift management of the response to the pandemic.

Trump placed Pence in charge of the task force, which has been meeting almost every day since it was formed in March.

Conversations are taking place about the time the task force needs to complete its work and efforts to shift to agencies, Pence said.

He said they have begun discussing a transition plan with the Federal Emergency Management Agency that plays a lead role in distributing urgently needed supplies across the country.

Democratic politicians and some Republicans have criticized Trump for playing down the threat and encouraging states to start to reopen their economies.

Pence said the trend lines for infections in the United States are on a positive course and that the country “could be in a very different place by late May or early June.”

The University of Washington’s influential Institute for Health Metrics and Evaluation on Monday doubled its previous forecast for COVID-19 deaths in the United States, however, saying it now predicts the number could reach about 135,000 by early August as restrictions are relaxed.

Birx said the team would “keep a close eye on the data.” She said the group was looking at outbreaks in Chicago and Des Moines, Iowa, as points of concern.

Pence’s office announced he would visit Des Moines on Friday to discuss reopening with faith leaders and meet with agricultural and food supply leaders.

“Whether that can be achieved or not, it is realistic,” said Azar. “We would not be doing this if we did not think it were realistic. Is it guaranteed? Of course it is not.”

Most experts have suggested clinical trials to guarantee a vaccine is safe and effective could take a minimum of 12 to 18 months.