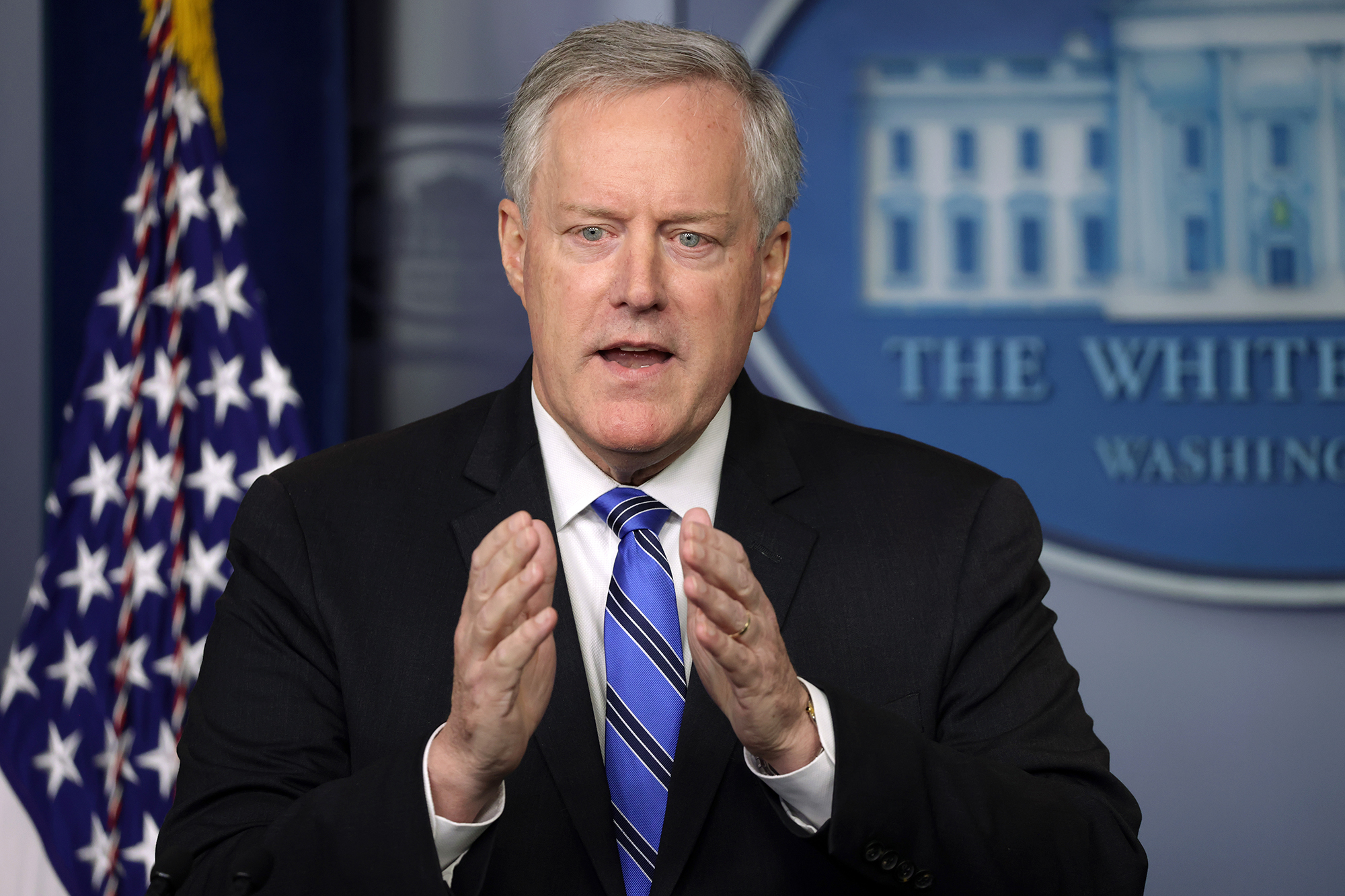 White House chief of staff Mark Meadows on Sunday expressed little confidence that a deal will be reached soon on a fourth coronavirus stimulus package.

“We still have a long ways to go,” Meadows, one of the chief negotiators, told CBS’s “Face the Nation” after a week of stalled talks with House Speaker Nancy Pelosi and Senate Minority Leader Chuck Schumer.

“Yesterday was a step in the right direction. I’m not optimistic there will be a solution in the very near term.”

With Congress unable to agree on a fourth aid package, the White House last week dispatched Meadows and Treasury Secretary Steven Mnuchin to negotiate with Democrats as the $600 per week boost to unemployment benefits was set to expire.

But the negotiations have proved fruitless and jobless benefits ended at midnight on Friday with no deal in sight, affecting tens of millions of Americans who have lost their jobs amid the pandemic.

Meadows has repeatedly blamed Pelosi and Schumer who he accused of rejecting a handful of offers this week to extend the benefits.

“If you have unemployed people that have lost their enhanced unemployment they need to call their democrat senators and House members, because they’re the ones standing in the way,” Meadows said Sunday.

President Trump also blamed Schumer and Pelosi in a series of tweets Friday.

Unemployment benefits have been the central issue in the negotiations. Republicans want to reduce the payments to $200 per week while Democrats are pushing to extend the current $600 rate to the first few months of 2021.

Pelosi was equally despondent in an interview Sunday, saying, “We will be close to an agreement when we have an agreement.”