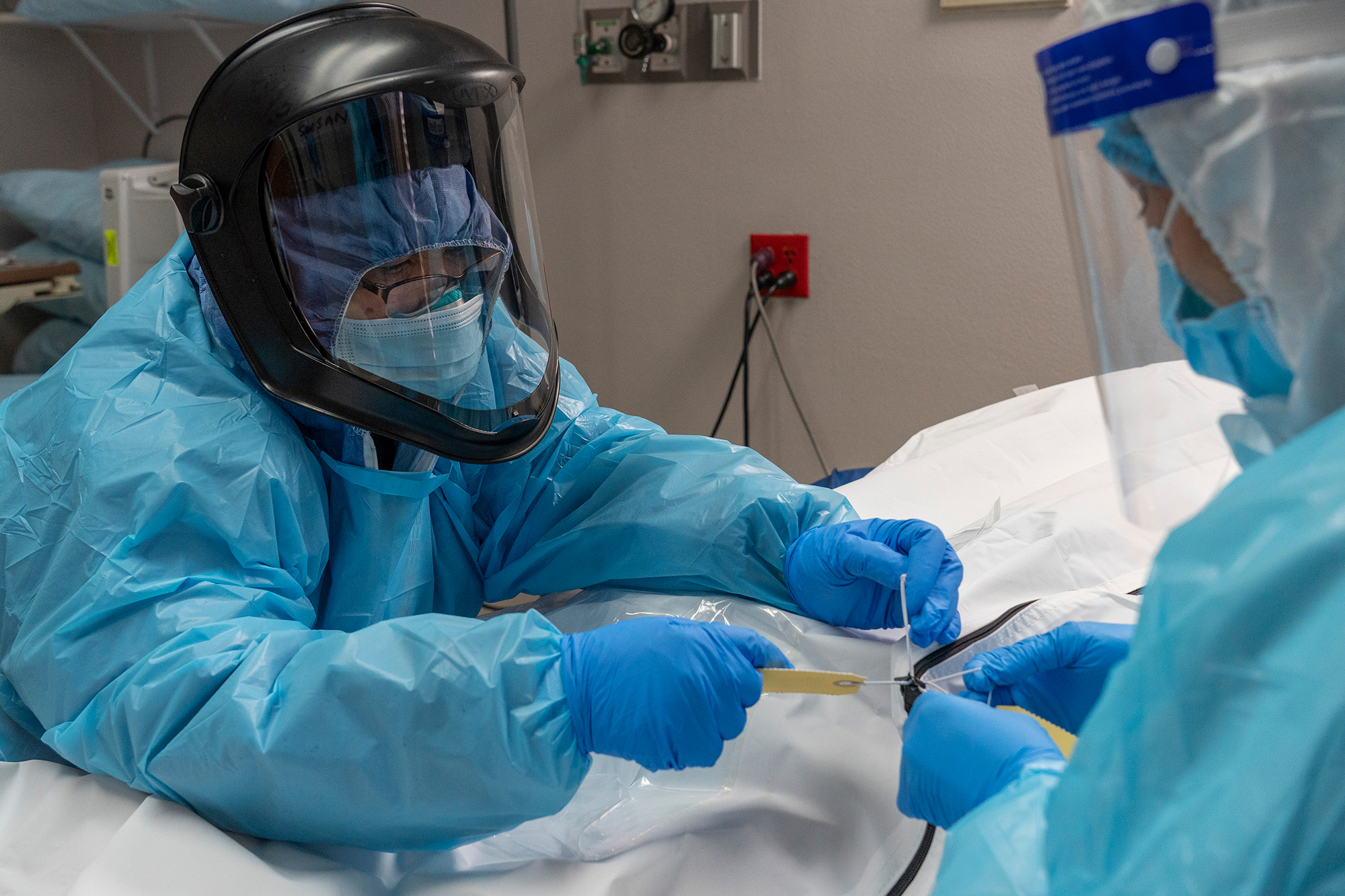 The US hit a record number of COVID-19 fatalities Wednesday — with 2,804 people dying within a 24-hour span, data shows.

The staggering number of deaths surpassed the previous one-day high of 2,603 on April 15, according to figures from Johns Hopkins University.

COVID-19 death tallies can be impacted by delays in reports across several days — but experts said the high figure was in line with projections given the surge in cases nationwide.

“By this time next week, we are going to be talking about 3,000 deaths a day — that’s 9/11 every single day,” Dr. Jonathan Reiner, a professor of medicine at George Washington University, told CNN.

Wednesday’s death count came as the nation reported 100,226 hospitalizations — the highest since the pandemic began, according to the COVID Tracking Project.

Dr. Anthony Fauci warned Americans earlier this week to brace for the pandemic to become worse after millions disregarded health advice and traveled for Thanksgiving.

“What we expect unfortunately as we go for the next few weeks into December is a surge superimposed into that surge that we’re already in,” Fauci told NBC anchor Chuck Todd on “Meet the Press.”