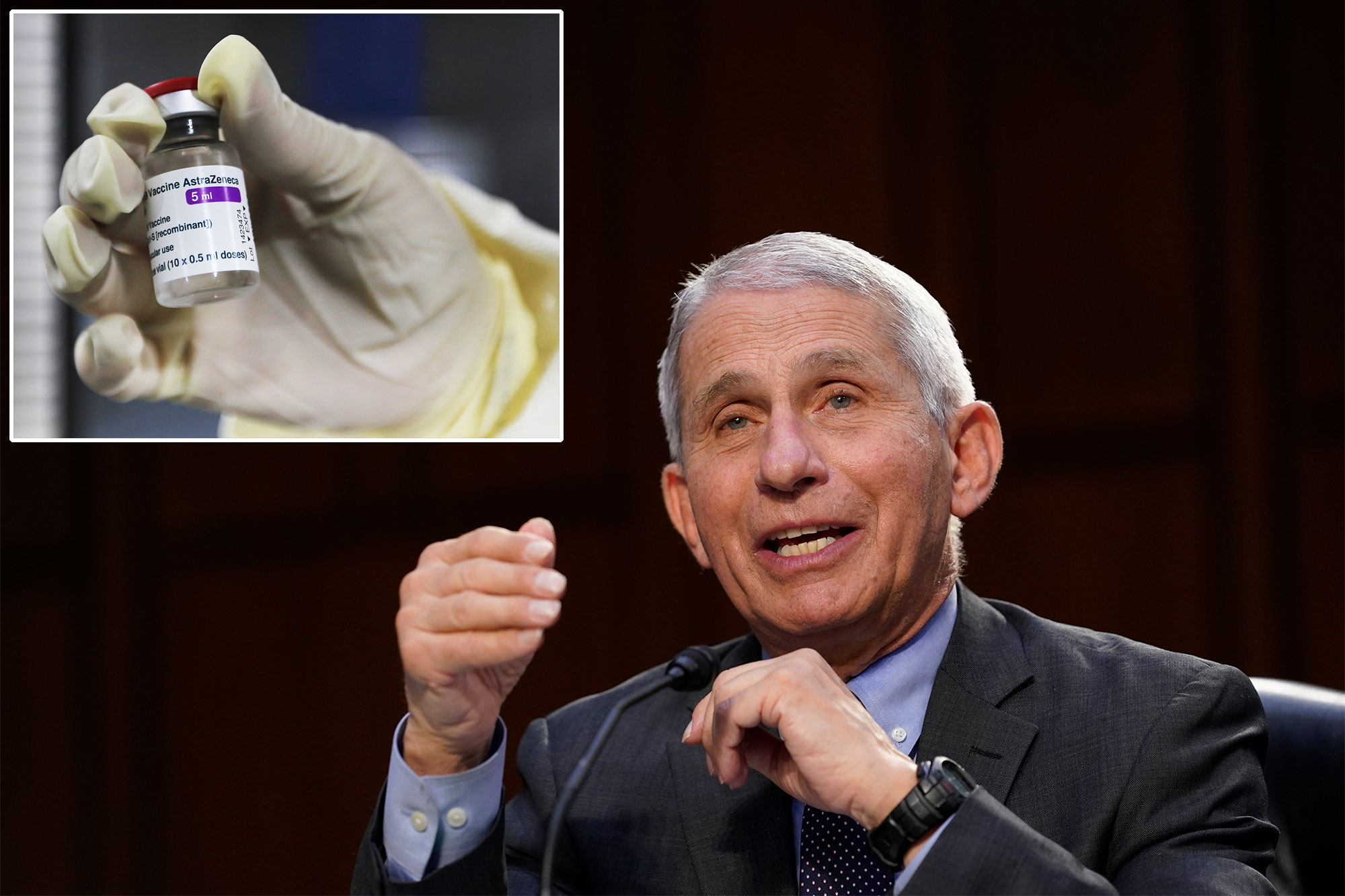 The US may not need AstraZeneca’s coronavirus vaccine — even if the shot gets approved by federal regulators, Dr. Anthony Fauci said Thursday.

In an interview with Reuters, Fauci, the chief medical adviser to the White House, said the nation already has enough contracts with other vaccine makers to inoculate the entire population.

“My general feeling is that given the contractual relationships that we have with a number of companies, that we have enough vaccine to fulfill all of our needs without invoking AstraZeneca,” he said.

The nation’s top infectious disease expert added that the US possibly also has enough vaccine supply for booster shots in the fall.

“If you look at the numbers (of doses) that we’re going to be getting … it is likely that we can handle any boost that we need, but I can’t say definitely for sure,” he told Reuters.

AstraZeneca’s COVID-19 vaccine has not yet been approved to use in the United States.Marco Cantile/LightRocket via Getty Images

Once hailed as a breakthrough in the fight against COVID-19, AstraZeneca’s shot has been under scrutiny since late last year.

Last month, more than a dozen countries that had approved the London-based pharmaceutical company’s vax temporarily suspended the use of it after reports linked it to a rare blood clotting disorder.

Meanwhile, US regulators accused the company of “cherry picking” data to make it seem like the shot was more effective.

Following public criticism, AstraZeneca said the data was based on a “pre-specified interim analysis,” and agreed to release an updated report.

The firm then released revised results showing a diminished, though still strong, efficacy for its inoculation.

Dr. Anthony Fauci listens to US President Joe Biden speak during a tour at the National Institutes of Health.Oliver Contreras/Sipa/Bloomberg via Getty Images

AstaZeneca also said it intends to seek FDA emergency use authorization for the vaccine within a few weeks.