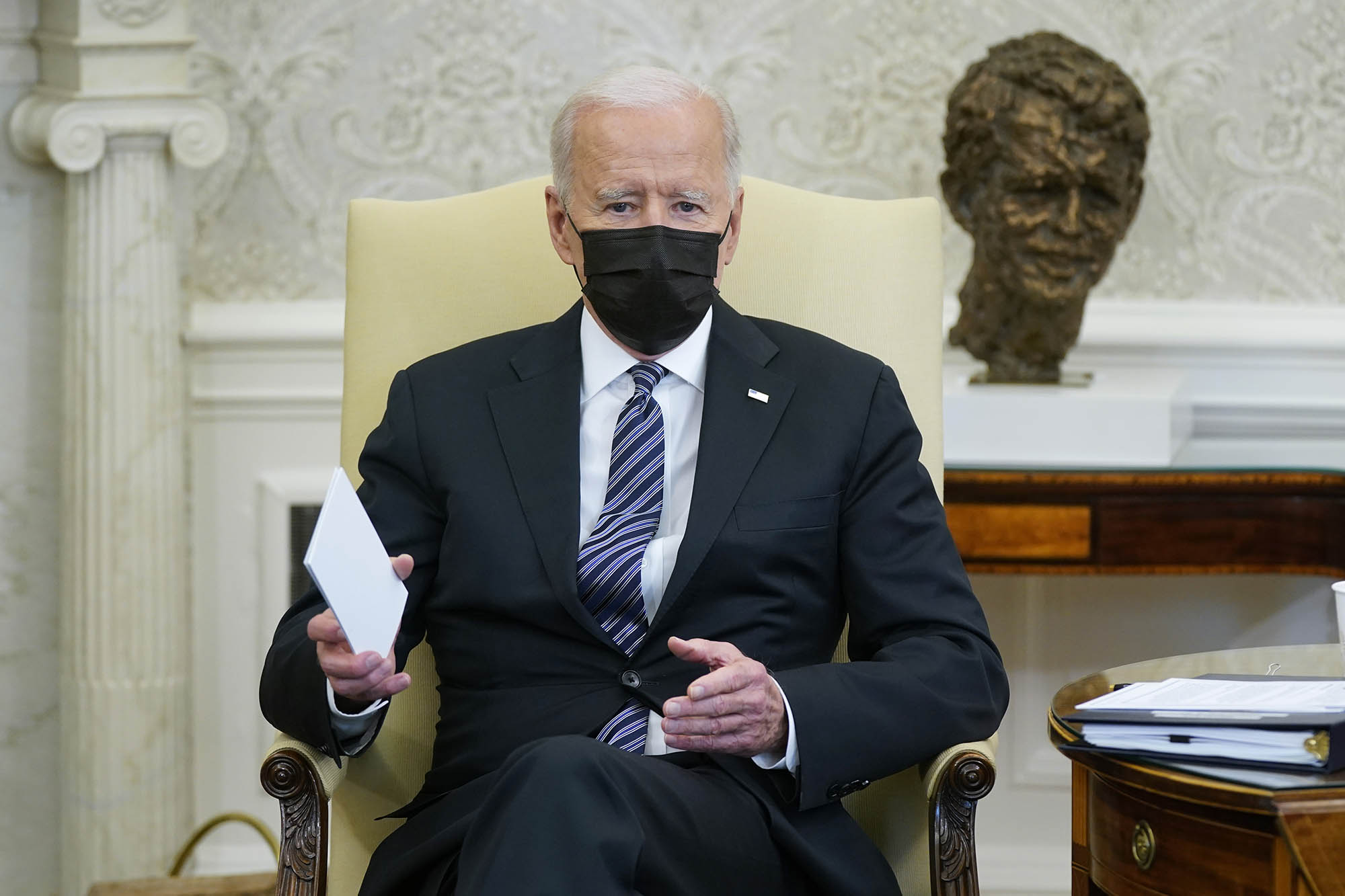 President Biden on Tuesday insisted that the feds have enough COVID-19 vaccine supply to blanket the country — after officials put a “pause” on Johnson & Johnson’s one-dose shot.

“My message to the American people on the vaccine is, I told y’all. I made sure we have 600 million doses of [Pfizer and Moderna’s vaccines] … not of either Johnson & Johnson and/or AstraZeneca,” the commander in-chief said to reporters at the White House.

“So there is enough vaccine, that is basically 100 percent unquestionable for every single solitary American.”

Biden’s comments came hours after the FDA and CDC issued a joint recommendation that the J&J vaccine be immediately pulled from the country’s line-up of immunizations used to combat the coronavirus, given that six women who took it later developed life-threatening blood clots.

One of the women died, and another is in critical condition.

The AstraZeneca shot, whose use had recently been halted in Europe over blood-clot concerns and uses similar technology to J&J’s, has not yet won approval for use in the US.

The two vaccines now currently being used in the US are made by Pfizer and Moderna.

The White House — which says it only learned of the J&J pullback Tuesday morning — then announced it was pulling the vaccine from federally run immunization facilities. States such as New York and cities like the Big Apple soon followed suit.

Biden spoke to reporters during a Q&A in the Oval Office after a general meeting with members of the Congressional Black Caucus.

Joe Biden said the US has enough of the COVID-19 vaccine despite having to pause the Johnson & Johnson shots.Patrick Semansky/AP