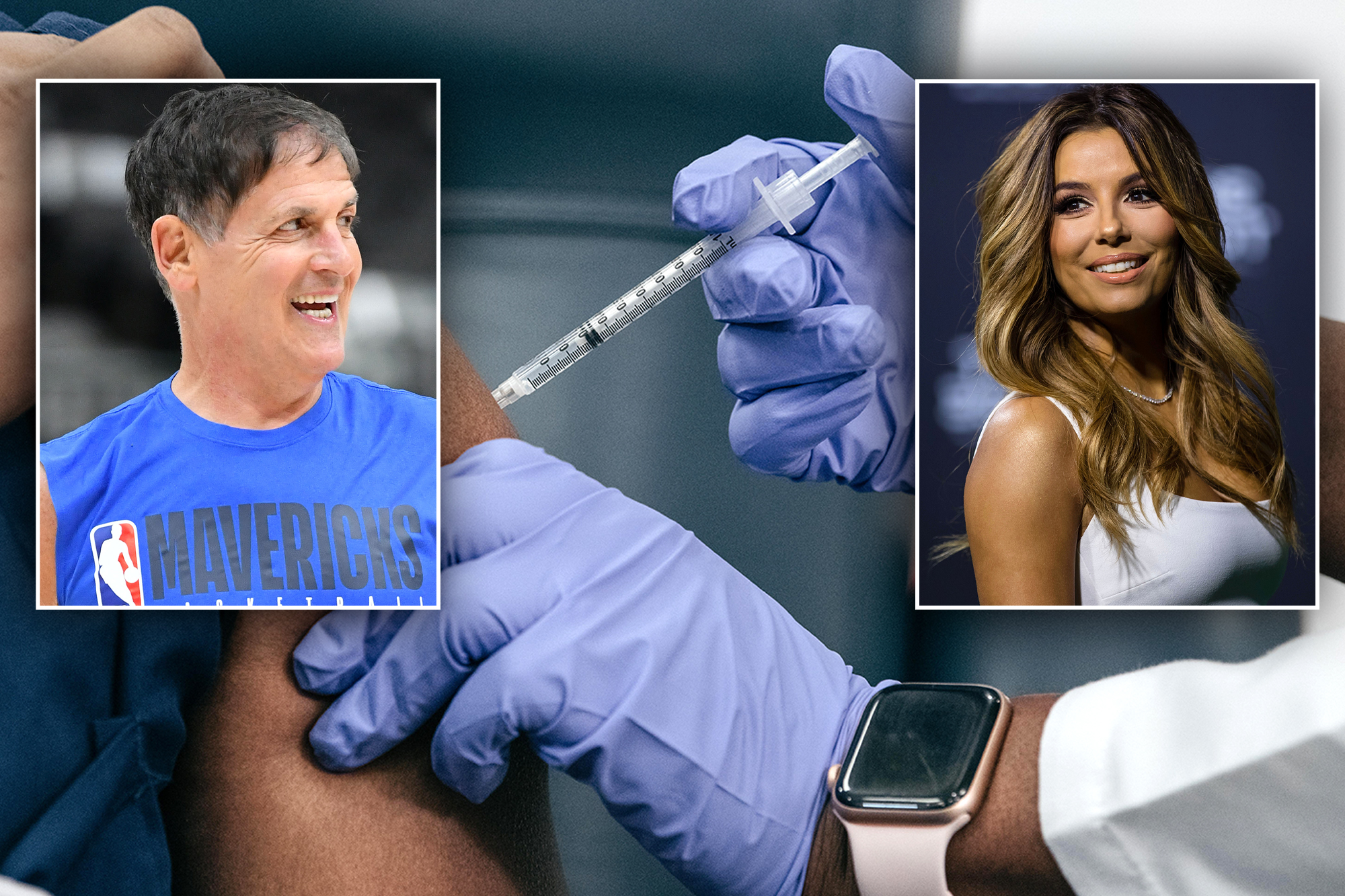 COVID-19 cases and deaths have fallen over the last week in the US as the White House unveiled a bold new effort to increase vaccine confidence Friday — recruiting social media influencers like Mark Cuban and Eva Longoria to spread awareness.

The seven-day average for new COVID-19 cases plunged 10 percent this week to 62,596 infections per day, Dr. Rochelle Walensky, director for the Centers for Disease Control and Prevention, said during a briefing Friday.

Deaths have also fallen about 3.7 percent over the week — with the seven-day average for fatalities dropping to 691 deaths per day compared to 717 recorded the week prior.

Walenksy said the numbers represent a “hopeful trend” and the data is going “in the right direction” — even amid a slight 1.6 percent uptick in hospitalizations.

Still, the country’s surgeon general, Dr. Vivek Murthy, expressed the need to continue to spread information about the vaccine to boost confidence and encourage Americans to get the shot — especially after the CDC recorded a slight dip in vaccine demand this week compared to last.

More than two-thirds of the country still has yet to be fully vaccinated, according to the CDC.

“We know that vaccine confidence has been building in our country since the end of last year, early January, and the vast majority of people in the country now are either vaccinated or want to be vaccinated soon but with that said, we want to continue very hard our efforts to ensure that we are getting information to people and empowering them with knowledge about the COVID-19 vaccines,” Murthy said.

Eva Longoria will be featured in a new series of White House campaigns about spreading information about the vaccines.Philipp Schmidli/Getty Images

He announced the start of the “We Can Do This Live” campaign, which will “connect people with facts on vaccines from medical experts in the places where they already consume content online” — by partnering up with social media influencers.

“We’re pairing doctors, scientists and health officials with influencers and organizations with accounts that can reach millions of Americans through events like Instagram Live Q&A’s and social media account takeover,” the surgeon general said.

So far, celebrities, high-profile influencers and organizations that have agreed to participate in the campaign include “Shark Tank” star Barbara Corcoran, president of the National Association of Evangelicals Walter Kim, NASCAR, the NBA and the WNBA, among others.

“The goal here is to reach audiences who may not be following the news or government accounts or medical doctors or scientists and if we put doctors and experts directly into their feeds on the platforms that people are already following, we believe we can help get trusted information from trusted sources to people where they already are,” Murthy said.

A memorial for the 938 Berks County, Pennsylvania, residents who have died from COVID-19.Ben Hasty/MediaNews Group/Reading Eagle via Getty Images

Walensky also pointed to a map that showed vaccine rates by county, highlighting the disparities that need to be bridged if the country wants to reach herd immunity.

The CDC director said locations that have low rates of vaccinations are likely to see “many more deaths.”

However, Walenksy touted an encouraging vaccine milestone for the elderly. About 66 percent of people over the age of 65 have been fully vaccinated — a “tremendous” achievement that deserves to be “celebrated” after older Americans bore the brunt of the COVID-19 pandemic and accounted for 80 percent of fatalities, she said.

A patient greets his family after not seeing them for 72 days after testing positive for COVID-19.J. Conrad Williams Jr./Newsday RM via Getty Images

Walenksy also discussed the results of a new CDC study published in the New England Journal of Medicine that examined how pregnant women were impacted by the vaccine.

“We know that this is a deeply personal decision and I encourage people to talk to their doctors or primary care providers to determine what is best for them and for their baby.”

Over two-thirds of US citizens have yet to be fully vaccinated, according to the CDC.Scott Heins/Getty Images

The study examined more than 35,000 women who got the shot before or during pregnancy and found they report the same sorts of side effects that non-pregnant people get. Further, researchers found there are no safety concerns for pregnant women, and their babies, who were vaccinated in their third trimester.