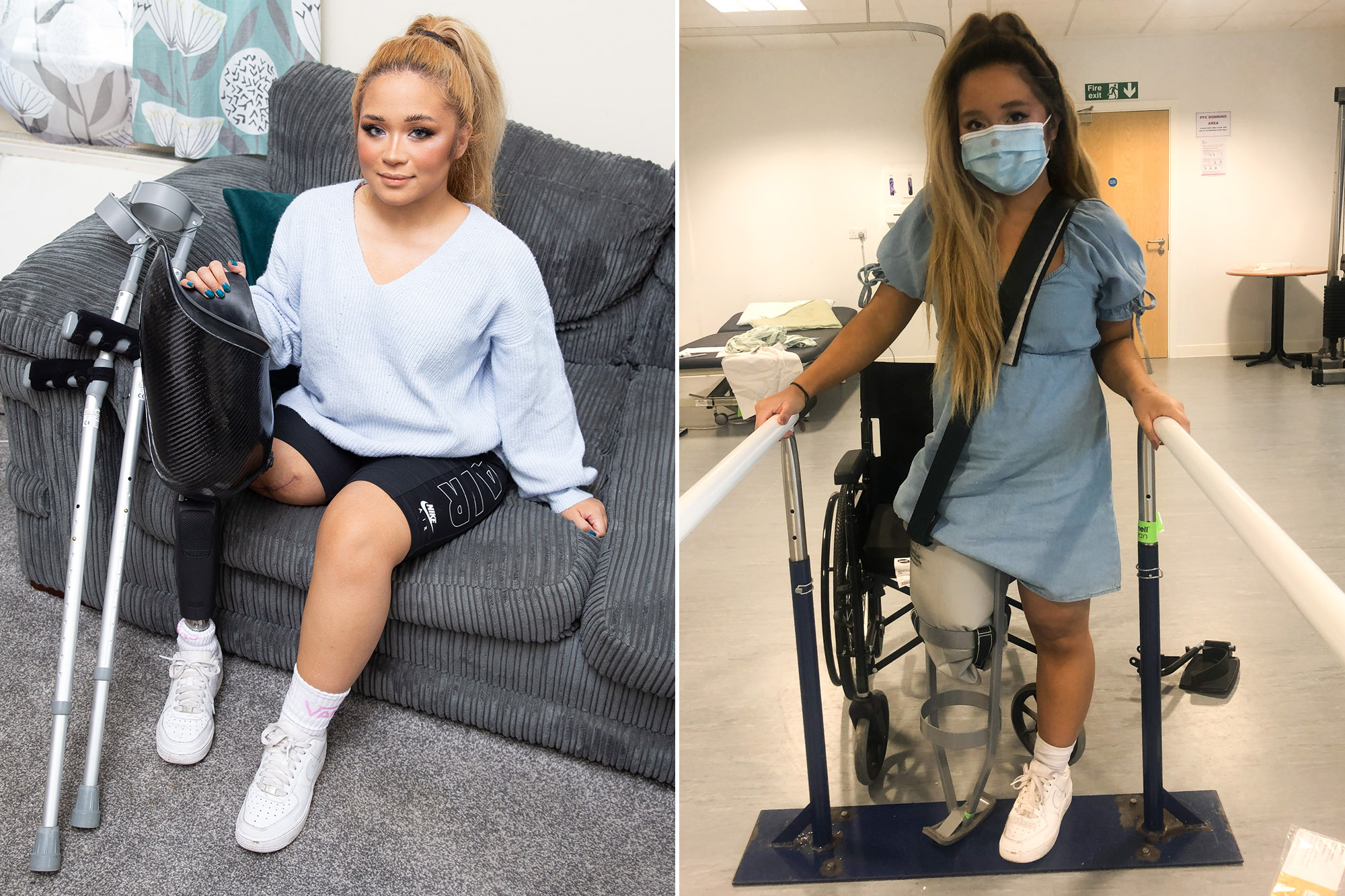 A British nurse on the front lines of the coronavirus pandemic was so engrossed in her work that she ignored a persistent pain for two months – and eventually had her leg amputated because of a tumor, according to a report.

Sette Buenaventura, 26, a part-time model, worked 12-hour shifts at the Salford Royal Hospital in Greater Manchester, where she shrugged off cramps because she “didn’t have time to worry about aches and pains,” Metro reported.

She assumed her pain was due to the effects of being on her feet all day long while treating her patients, according to the news outlet.

But when she began having trouble walking, she received an MRI, which revealed that she had a sarcoma in her right leg. Two weeks later, the malignant peripheral nerve sheath tumor had grown to the size of a golf ball.

Buenaventura was shocked when doctors told her that the only way to survive was to have the leg amputated.

“When they told me I had to have one my legs removed I got very upset, but because I had no time to think about it I just got on with it knowing that I didn’t have a choice,” she said, according to Metro.

“I was so upset, I like to look after myself and try my best to be healthy. I work in health care and never expected this to happen to me,” added Buenaventura, who lost her leg in May.

“I can’t look in the mirror now and I don’t want to because it’s too much to acknowledge that what I’m seeing in the mirror is the new me,” she said.

“When COVID-19 kicked off we worked flat out, we didn’t have time to worry about aches and pains, we were there every hour to help anyone who needed us,” Buenaventura said.

“I got a real taste for that level of commitment. That is what working in hospitals is like — you forget about your own pains because you’re busy helping other people, which I love to do, but everything comes at a cost.”

Buenaventura, who is now cancer free, urges anyone with “lingering pain” to always get it checked out.