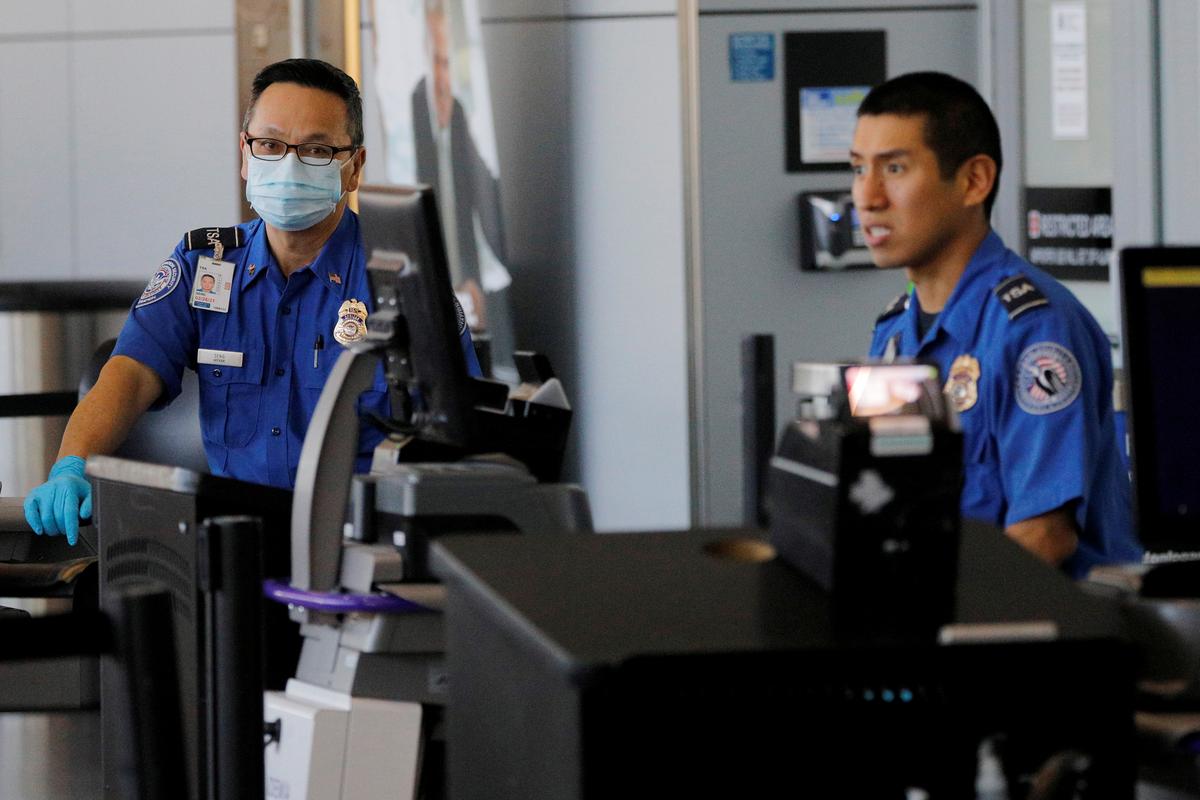 WASHINGTON (Reuters) – The lead U.S. airport security agency is weighing the possibility of requiring masks or face coverings for passengers who pass through checkpoints, according to a U.S. official and two people familiar with the deliberations.

The move is part of a broader rethinking of how to limit the spread of the new coronavirus during air travel, an effort that could bring some of the most significant changes to the industry since the Sept. 11, 2001 attacks.

TSA officers are allowed to wear masks at checkpoints but not required to do so. The agency is considering such a requirement, sources said.

News of potential changes came as the Senate Commerce Committee was set to hold a hearing Wednesday on the state of the aviation industry.

The number of U.S. air travelers plunged by 95% in March as lockdowns went into effect across the country to limit the spread of COVID-19, the respiratory ailment caused by the new coronavirus. But with restrictions ending in some states, U.S. officials, airports and airlines are grappling with how air travel must change to operate more safely.

Everett Kelley, president of the American Federation of Government Employees, the country’s largest union for federal workers, said during an online discussion with Democratic lawmakers on Thursday that passengers should be encouraged to wear masks, calling it “a priority.”

TSA has been reviewing the legality of requiring passengers to wear them, as well as reviewing whether it would need to have masks available for passengers, but has not reached a final decision, according to a U.S. official and a source familiar with the matter.

An agency spokeswoman declined to comment on a mandate for passengers, calling it “speculative.”

Aside from masks, passengers will find other changes in place at airports.

Plexiglass barriers have been installed at TSA checkpoints in more than a dozen airports around the country to protect officers from infection, according to the agency.

Cleaning efforts will be stepped up, too.

Some U.S. airports and airlines are disinfecting surfaces with electrostatic sprayers, which create a quick-drying mist.

The most ambitious developments could be on the technology front to speed up passenger processing and limit interactions with security officers.

A technology rolled out in 2019 that allows TSA security officers to scan a traveler’s driver’s license or identity document to confirm its authenticity and check it against flight records could be positioned to allow passengers to insert their IDs themselves.

The agency has installed more than 500 of the “credential authentication” machines across the country and recently awarded French company Idemia $11 million for another 500 units, which will be deployed over the summer, according to the TSA.

The agency has been pushing ahead with more advanced checkpoint scanning equipment that creates 3-D images of the contents of a traveler’s bag. Since November, TSA has put nearly 100 such machines into place and continues toward a goal of 300 in total, a spokeswoman said.

Reporting by Ted Hesson and David Shepardson in Washington; Editing by Cynthia Osterman