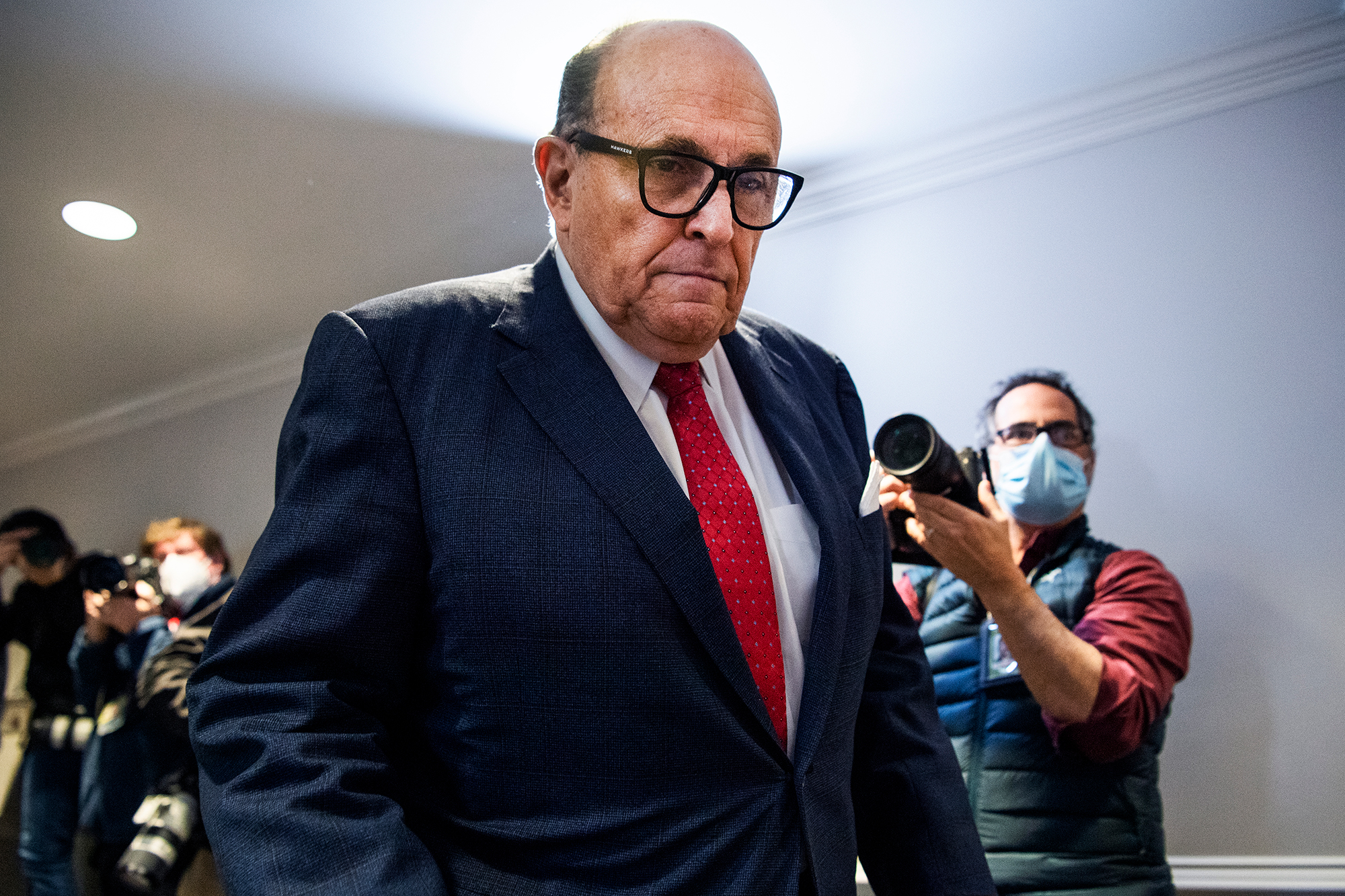 President Trump’s lawyer and former New York City mayor Rudy Giuliani, who has been pressing the case that the 2020 election was rife with fraud, has the coronavirus, Trump tweeted on Sunday.

“@RudyGiuliani, by far the greatest mayor in the history of NYC, and who has been working tirelessly exposing the most corrupt election (by far!) in the history of the USA, has tested positive for the China Virus. Get better soon Rudy, we will carry on!!!,” the president posted.

Giuliani, 76, became infected with the disease weeks after his son, Andrew Giuliani, a special assistant to the president, tested positive.

“I am experiencing mild symptoms, and am following all appropriate protocols, including being in quarantine and conducting contact tracing,” the younger Giuliani said in a tweet on Nov. 20.

A number of Trump advisers have also contracted coronavirus, including Corey Lewandowski and David Bossie.

Both men were with Giuliani last month in Pennsylvania as they contested election results on behalf of the president.