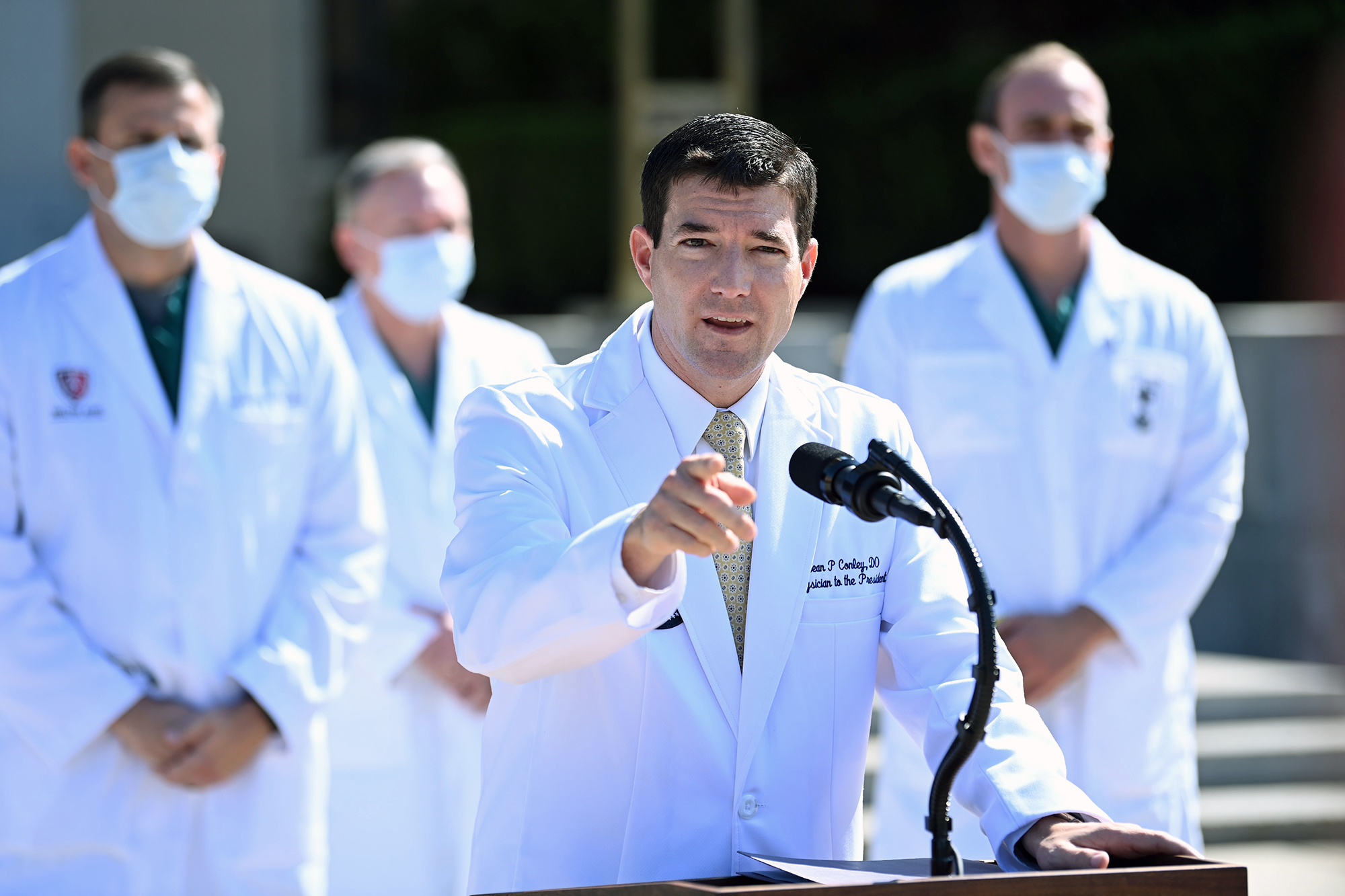 WASHINGTON — President Trump continues to show no symptoms of COVID-19 and now appears to have antibodies for SARS-CoV-2, the virus that causes the disease, his doctor said Wednesday.

“The president this morning says ‘I feel great!’ His physical exam and vital signs, including oxygen saturation and respiratory rate, all remain stable and in normal range,” physician to the president Dr. Sean Conley said in a memo released by the White House.

“He’s now been fever-free for more than 4 days, symptom-free for over 24 hours, and has not needed nor received any supplemental oxygen since initial hospitalization,” he added.

It’s unclear if antibodies make you immune to the coronavirus but they may help to ward off future occurrences of infection, according to the US Food and Drug Administration.

The president is continuing to recover in isolation in the White House residence after a three-night stay in Walter Reed National Military Medical Center.

He and the first lady tested positive for the virus on Thursday evening and more than a dozen of his associates and White House employees have now contracted COVID-19.

At a press conference before his release from the hospital on Monday, Conley told reporters he was very pleased with the commander-in-chief’s recovery, but warned he was not out of the woods yet.

Trump, 74, has been active on Twitter since returning home, telling followers he’s looking forward to returning to the campaign trail and debating Democratic nominee Joe Biden in Miami on Oct. 15.