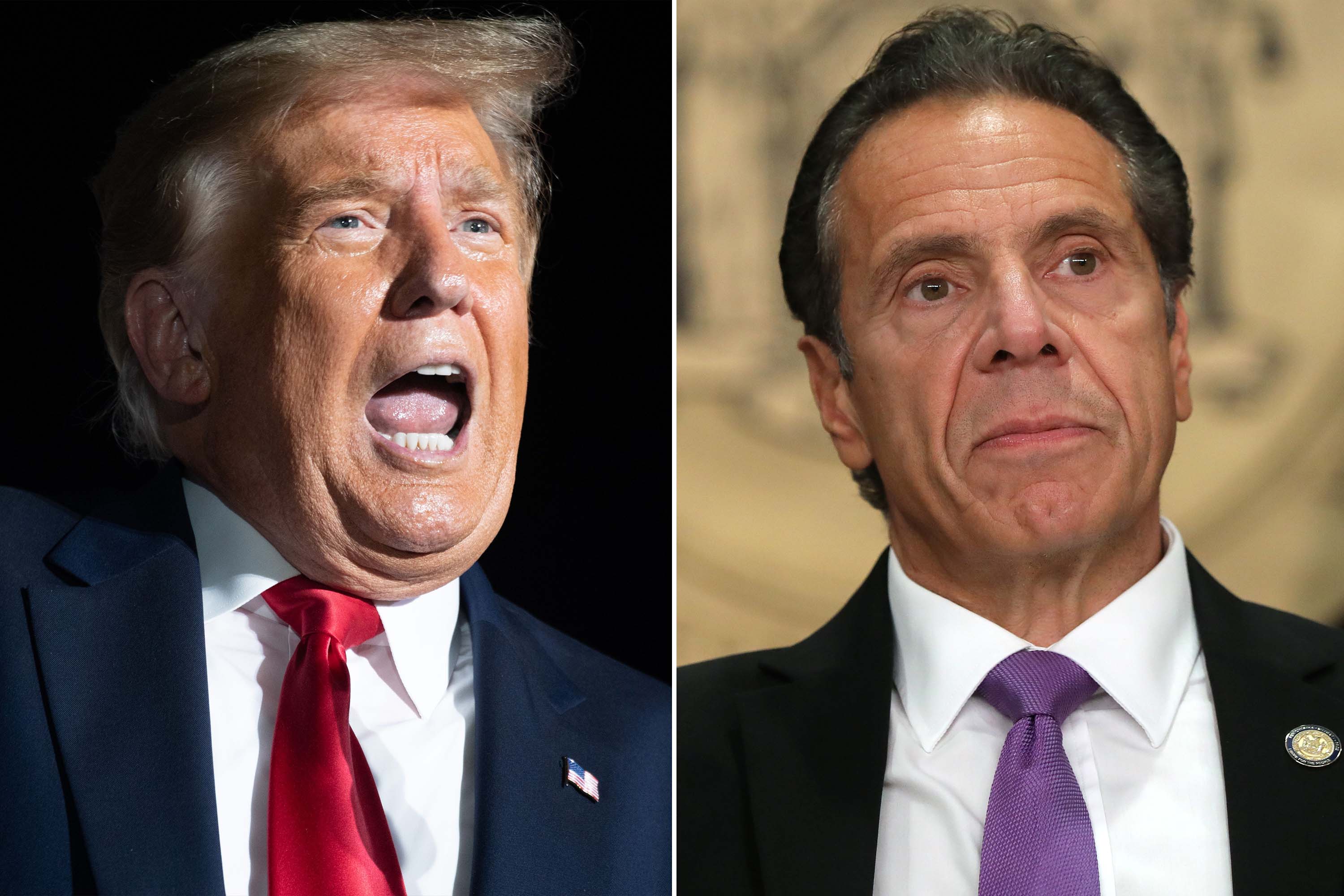 President Trump ripped Gov. Cuomo as a “lowlife” on Tuesday for expressing doubt over the safety of a potential federally approved COVID-19 vaccine.

The president called into “Fox and Friends” and weighed in on Cuomo’s comments from Monday.

“When a politician — a real lowlife — when a politician is willing to say that and kill people and scare people from using something that’s going to be great and really solve a big problem, they ought to be ashamed of themselves,” Trump said.

Then, he quipped, “He probably listens to his brother Fredo” — a reference to CNN anchor Chris Cuomo, who flew into a rage last year after a man called him Fredo Corleone, the ineffective son from “The Godfather.”

Trump also rapped the New York governor over his botched handling of the coronavirus outbreak in nursing homes that left 6,500 dead.

“So he’s going to put together the same group of people that he probably used to put together in the nursing homes, where 11,000 people died because they put heavily infected people in with the general population?” Trump said, using the figure put out in August by the Associated Press, which found that nursing home deaths were undercounted.

“Is that the people he’s going to use to help us out?”