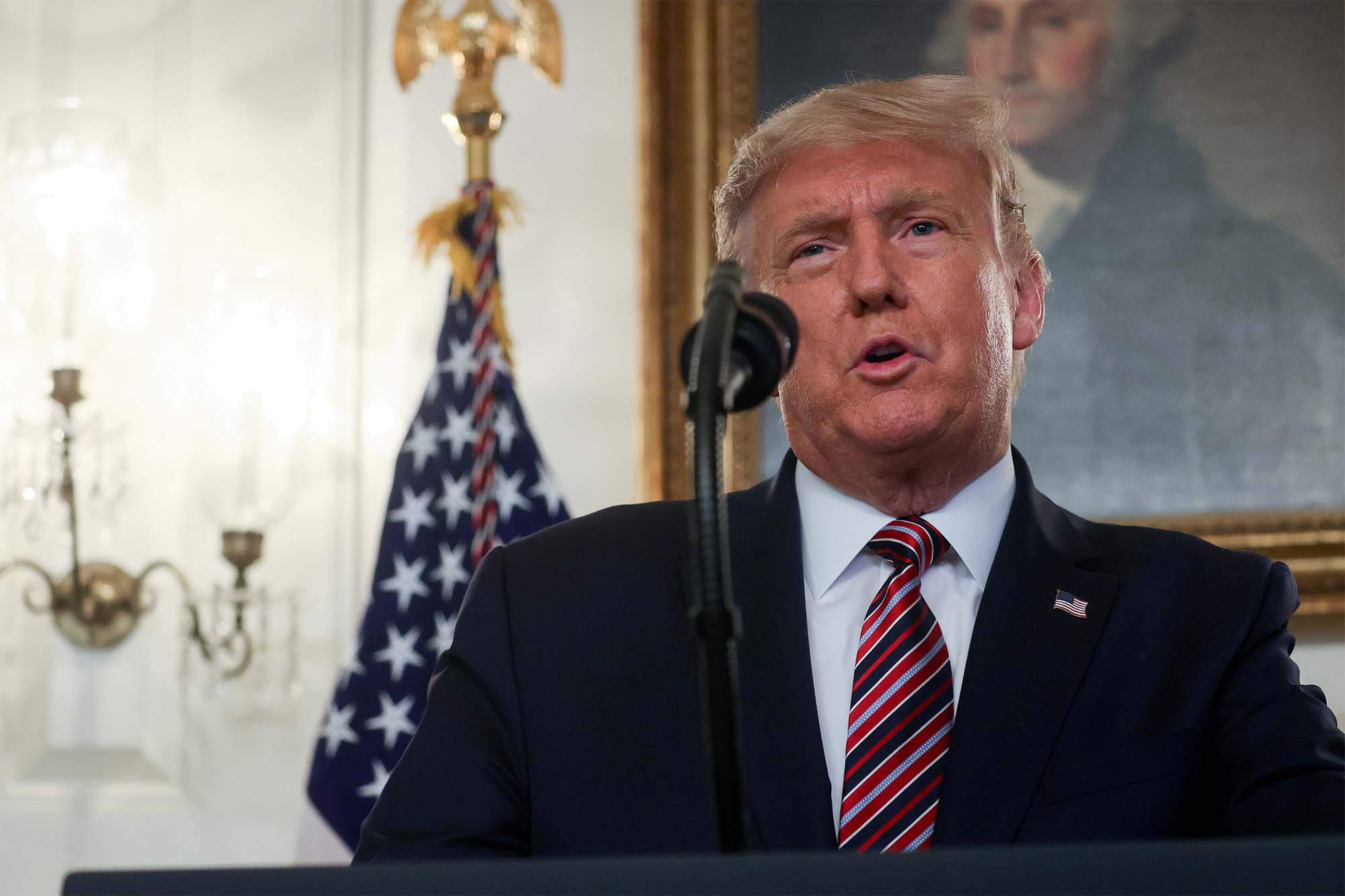 President Trump on Wednesday defended his decision to downplay the severity of the coronavirus to the American people, saying that the ensuing panic would have only exacerbated the oncoming pandemic.

“I’m a cheerleader for this country,” he told reporters during an unrelated White House briefing. “I don’t want people to be frightened. I don’t want to create panic.

Trump acknowledged to Washington Post editor Bob Woodward in an interview for his upcoming book that he “wanted to always play it [the coronavirus] down” publicly, even as he conceded a grave outlook behind the scenes, according to excerpts released Wednesday.

“We don’t want to jump up and down and start shouting that we have a problem that is a tremendous problem, scare everyone,” Trump said in the briefing.

He also presented the public calm as a strategy to prevent price-gouging and ensure that America was able to stockpile masks, gowns and other needed supplies.

Asked if he felt any sense of responsibility for the now nearly 190,000 American deaths attributed to the coronavirus, Trump said that the toll could have been much worse if not for steps taken by his administration.

“I think if we didn’t do what we did, we would have had millions of people die,” he said. “We closed up our country. We closed it up very, very quickly, very effectively.”

“The last thing we can show is panic, or excitement, or fear, or anything else,” Trump repeated. “We had to take care of the situation we were given.”