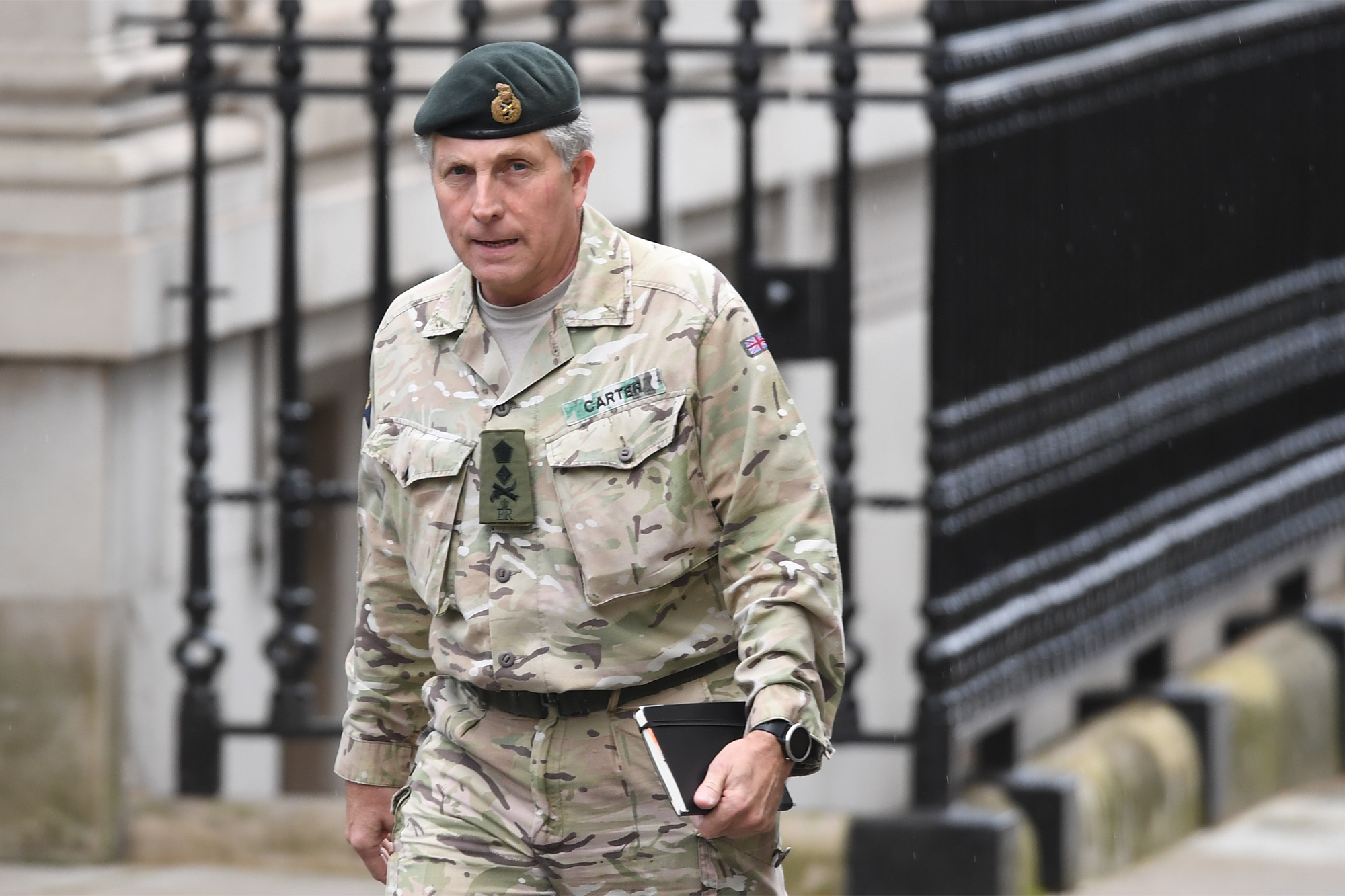 The coronavirus pandemic is creating a “real risk” of a third world war, the UK’s most senior military commander warned Sunday.

General Sir Nick Carter told Sky News that the economic devastation already sparked by the pandemic has sparked regional conflicts that too closely mirrored ones that led to the previous two world wars.

“I think we are living at a moment in time where the world is a very uncertain and anxious place,” he told the UK broadcaster, while also predicting armies of the future would be manned in part by robots.

“I think the real risk we have, with quite a lot of regional conflicts that are going on at the moment, is you could see escalation lead to miscalculation, and that is a thing I think we have to guard against,” he warned.

Without specifying the regional conflicts he was most concerned about, he told Sky that if left unchecked they could easily “lead to an escalation.”

That means “more people perhaps get involved, more weaponry gets involved and before you can contain it, it leads the sides ending up in a full-blown war,” he warned.

“We have to remember that history might not repeat itself, but it has a rhythm,” he said.

“If you look back at the last century, before both world wars, I think it was unarguable that there was escalation that led to the miscalculation which ultimately led to war at a scale we would hopefully never see again,” he told Sky.

Asked whether he was saying the threat of another world war was real, Carter said, “I am saying it’s a risk and I think we need to be conscious of those risks.”

Carter gave his stark warning on Remembrance Sunday in the UK, saying that recalling the huge sacrifices made was more important than ever.

“If you forget about the horror of war then the great risk I think is that people might think going to war is a reasonable thing to do,” he said.

Carter also predicted that within 10 years armies could be filled with robot soldiers.