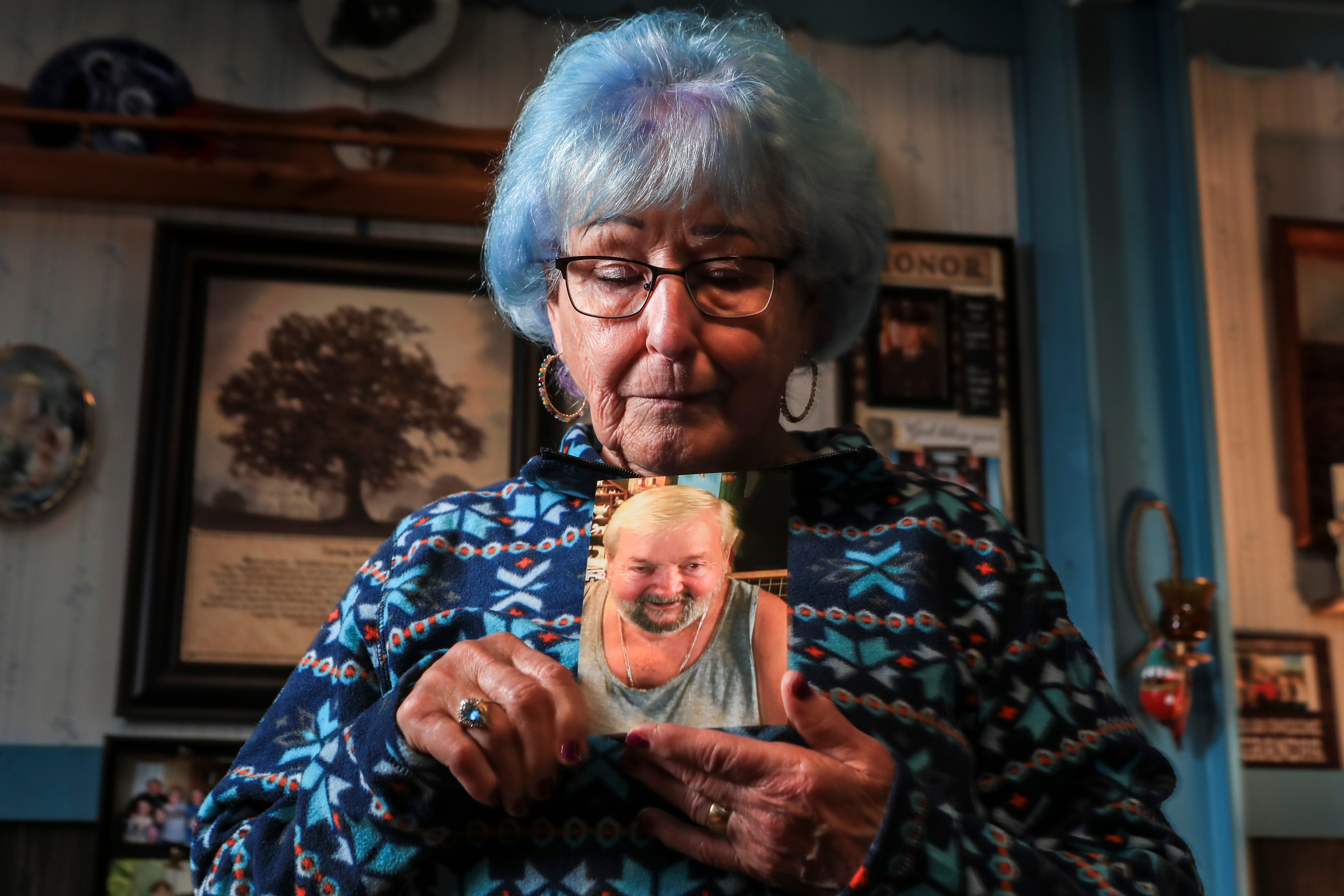 Shirley Kelly says she still dreams of her husband Dave, who died from COVID-19 complications. “I know we’ll be together again,” she says.

The Kellys went everywhere together – so much so, Dave always hoped that’s how he and Shirley would go to the grave.

“We’re going together,” he’d tell her, not wanting to live without her.

Dave, 77, was a beloved ice cream man, a master of car repairs and a father of four. He lived through and fought in the Vietnam War. He had big brown eyes, and a dynamic sense of humor. He and Shirley ate together, slept together, watched the Honeymooners together and went to Kentucky Kingdom together. As a retirement project, they worked in his ice cream truck together for more than a decade.

Most days, you could find Dave smiling behind the wheel of that truck as he drove throughout Bullitt County in Kentucky.

On the day of his funeral, a family friend drove it in the procession in tribute instead.

Shirley went home and tucked a pillow in the empty spot in the bed beside her, so it felt like he was still there.

They’d done everything together for 56 years.

But Dave battled COVID-19 by himself and died in the hospital without her.

I first spoke to Shirley two days before Christmas. She called my newsroom line with a heavy heart after reading a story I’d written about people who were having a difficult time this holiday season.

Her holidays would never be the same, she told me, but really, her whole life wouldn’t either. Her husband was her whole world, the center of her family, the joy in her routine.

When I called her back after the holidays, I heard both their names on the answering machine.

“This is Dave and Shirley Kelly,” it said. It was a message from a simpler, happier time.

He was everything to her, and he was gone.

‘I have cried. I have begged. I have yelled’: Couples clash over COVID

For him, it was love-at-first-sight all those years ago, she said, but she took a little more convincing.

She remembers him telling people just days into their courtship “I’m going to marry that woman.”

Shirley had a divorce behind her and three small children when the couple first met in 1964.

He took care of her children, and he helped get the whole family out of a run-down neighborhood in the city and out to the country in Bullitt County. They had one child together, but he raised the whole family as his own.

The garage where David Kelly kept his ice cream van at their Shepherdsville, Ky. home. During the warmer months, David Kelly — who retired in 2005 — would spend everyday driving through Bullitt County’s backroads selling ice cream to kids. He was known as the Ice Cream man and even put a medical mask on the Spiderman figurine he attached to the van’s grill. Shirley Kelly said her husband loved working on cars and racing them as well. January 24, 2021 (Photo: Matt Stone/Courier Journal)

His daughter, Debra Sand, remembers her father as a supportive and caring person. After she went through a divorce, he stepped in and took care of anything around the house a husband would typically do.

Honestly, though, he helped just about anyone he could, Sand told me. Neighbors and friends often brought their cars to his garage when they were having trouble. When a hummingbird flew into his window and broke its wing, he nursed it back to health. When their teenage employee, who worked in the ice cream truck, wanted to learn how to drive it, he promised to teach her.

He was a kind man, but he was a stubborn one, too.

When he started with a fever on Aug. 14, Shirley took him to University of Louisville Health Medical Center South. She sat in the car and waited for him in the parking lot because she couldn’t go into the hospital and sit with him. She didn’t want to leave him, and he stepped back outside four hourslater, eager to go home. She wouldn’t learn until later that he’d checked himself out of hospital against the advice of the doctors.

He’d beat cancer three times.Surely, he could beat this too.

Four days later, he was weak and feverish. He fell twice in the bedroom and she couldn’t get him back up. He’d always been a strong man. He lifted engines and carburetors in the garage where he worked on cars, but in this moment, he couldn’t pull himself up from the ground.

His daughter Debra remembers him looking almost child-like as he struggled.

Shirley finally got him a footstool and he rolled his weight onto it. From there he threw himself back on the bed. Red-faced, delirious and confused, Shirley and her daughter finally convinced him to go back to the hospital. They laid down in the backseat of the car and drove to the emergency room at Norton Audubon Hospital.

They used a wheelchair to get him into the waiting room, and from there, it’s hard to know just what happened next.

Shirley Kelly holds a photo of her late husband David in their living room in Shepherdsville, Ky. David, an Army and Vietnam War veteran, would die from Covid-19 complications in September 2020 just before his 78th birthday. He was a beloved ice cream man in Bullitt County in his retirement years. January 24, 2021 (Photo: Matt Stone/Courier Journal)

Thinking about him alone, confused and feverish in the hospital waiting room still breaks Shirley’s heart.

Hours passed, and he finally called her from his hospital room the next morning. He’d dropped yellow cake on his shirt, he told her. He always had a terrible sweet tooth. Even COVID-19 couldn’t change that.

She wouldn’t speak to him again.

They sedated him and put him on a ventilator.

Every day she’d call and talk to the nurses.

Every day she’d ask that they tell him she loved him, and he needed to come home.

Two weeks later when he still hadn’t improved, they took him off the machines and put him in hospice care. She and her youngest son finally had the opportunity to visit him there, but no one else from the family could come in because of the pandemic.

She held his hand and rubbed his fingers. She watched him breathe on his own and even snore a little, too.

When they left the room, she thought the nurses would call them back when his vitals dropped.

But when the phone rang, he was already gone.

She wonders if it would have made a difference if she could have sat at his side and fought the virus with him. Or even if the nurses could have held the phone up to his ear so that he could have heard how much they all love him.

When the hospital reached out to her later with a survey about his care, she flipped it over and wrote them a letter instead. Answering form questions could never really express what was on her heart.

“I just couldn’t deal with the fact that no one could go in to say goodbye to him,” she told me.

When Shirley dug through the personal things the hospital gave back to her, she found the lid from a coffee cup. She took comfort in that. Someone must have been looking after him while he was alone in the emergency room. Someone must have brought him a cup of coffee.

She keeps that little lid. Sometimes Shirley touches it and talks to him.

She’ll never throw it away.

She still dreams about him. Sometimes he’s loading up the ice cream truck, and other times he’s just talking to her.

After 56 years with him, she really can’t believe he’s gone.

“I’ll be sitting there watching TV, thinking any minute he’s going to walk through the door,” she says. 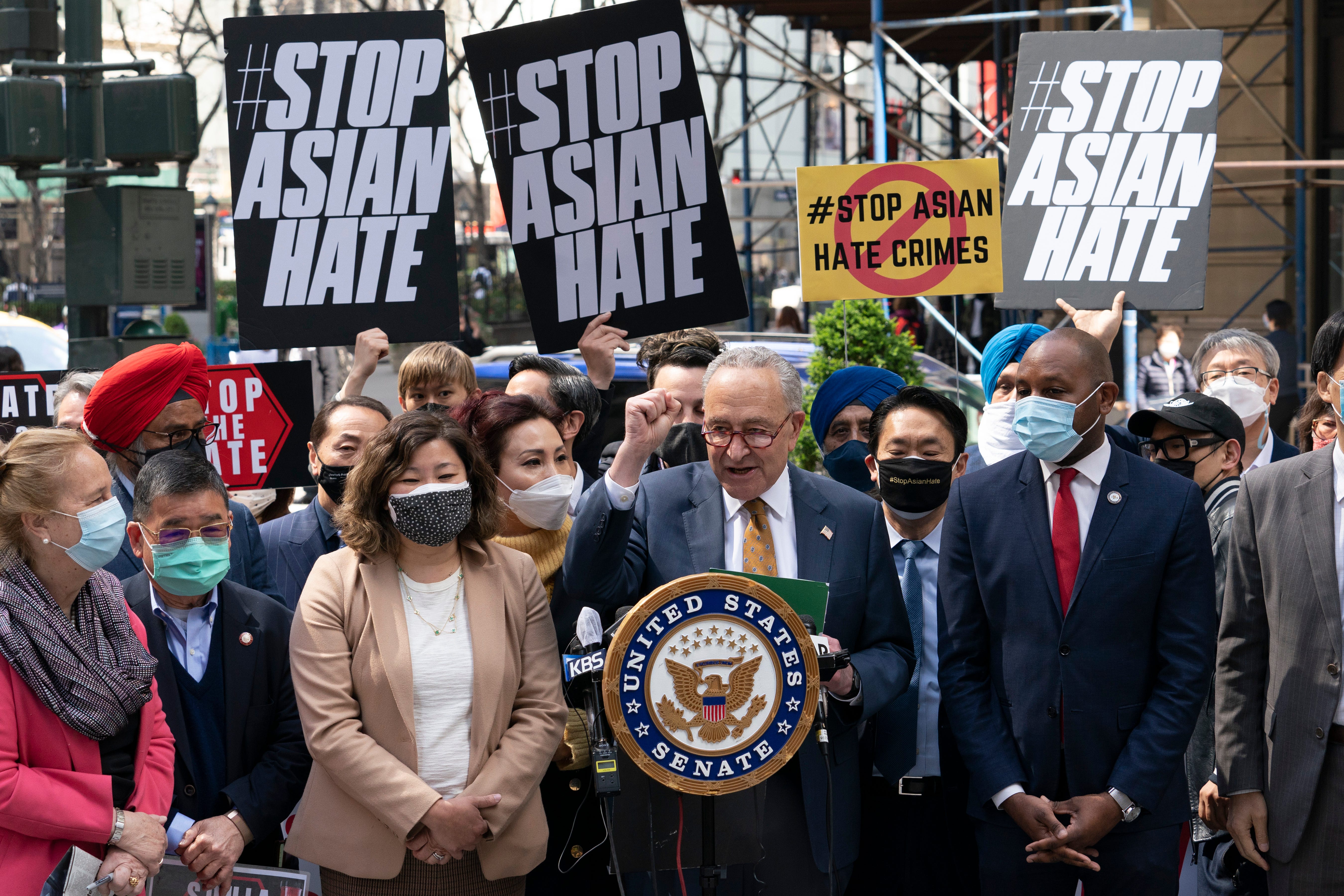