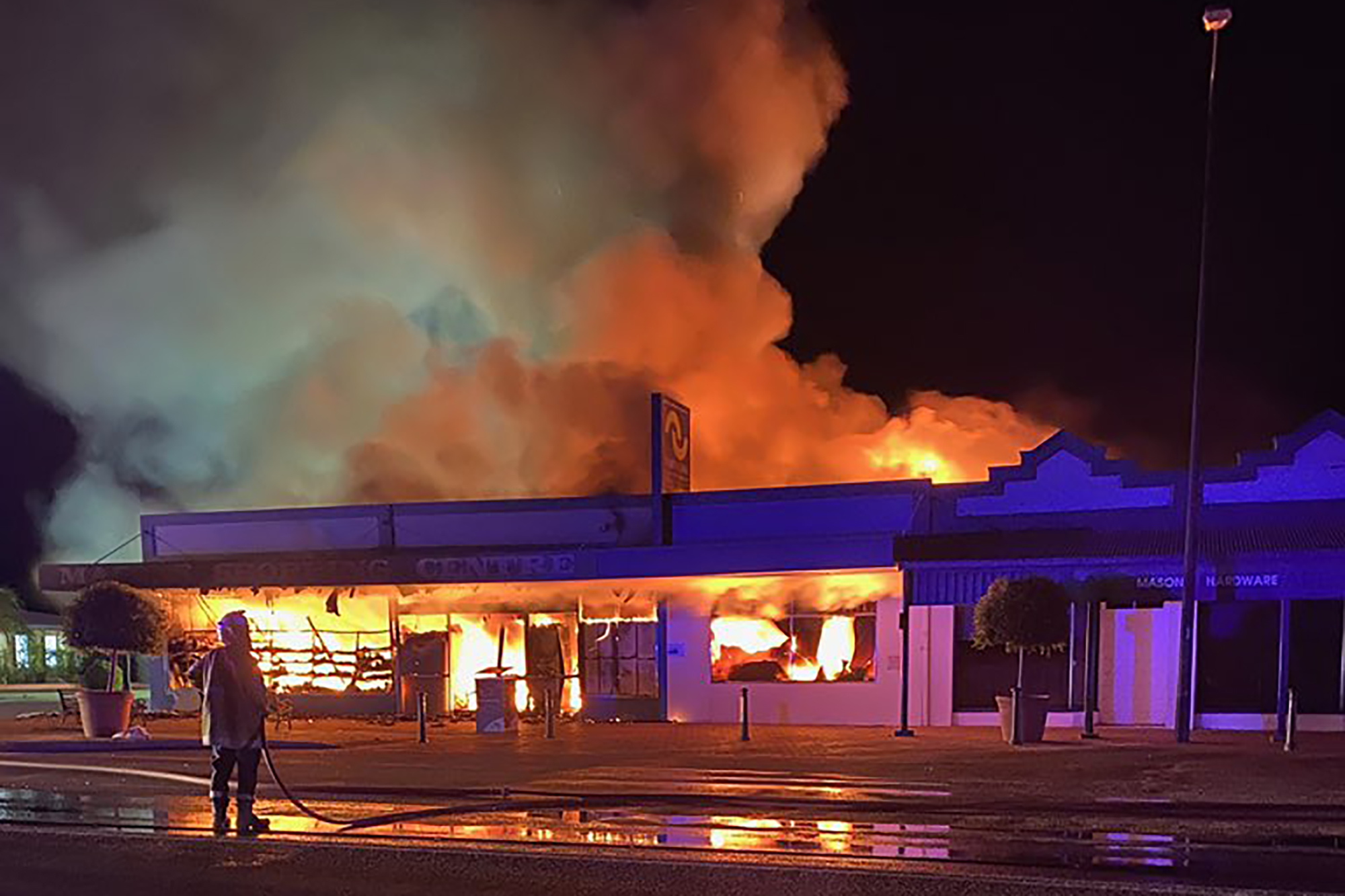 An Australian grocery store owner became so “obsessed” with coronavirus germs, he set his own shop on fire to “kill” them, according to a report.

Edward Guy Mason, 57, who co-owns the business in the town of Bruce Rock, lit three cardboard-filled shopping carts ablaze during a failed suicide attempt on March 25, according to the Australian Broadcasting Corporation.

Mason eventually fled the inferno before he was arrested and confessed that he believed he had COVID-19 and was protecting shoppers from the virus, the outlet said.

“I set fire to business to kill the germs,” he said, according to his lawyer, Richard Lawson.

Mason later added, “Seeing different news reports and seeing how it could be transmitted and I thought, ‘We’re getting boxes coming out of the warehouses, boxes coming from China… I felt surely there could be germs on these cartons.”

Mason, who caused roughly $700,000 in damage to the store, pleaded guilty to a charge of unlawfully damaging a building by fire — and faced a judge at a sentencing hearing this week.

Judge John Prior heard that Mason was so riddled with anxiety at the time he set the blaze that his mind had been playing tricks on him.

“He decided he had to eradicate himself,” Lawson explained, adding that the grocery store owner also felt intense pressure to keep the shelves stocked.

Prior sentenced him to a 16-month jail term but suspended it — noting that Mason had no past criminal record and had received 17 character references. Instead, Mason was ordered to pay his co-owner for half of the damages.

“At the time, you had an obsession with COVID-19. It impacted on your grocery business. You believed you were infected. You wanted to keep people safe,” Prior said.

Outside the courtroom, Mason told reporters his stress levels had also been soaring because the store — which was the only one in town — had become overrun with customers.

“I was running a business and just seeing my shelves stripped bare. It was very hard to deal with,” he said. “People were driving 30 minutes from another town and they’d just come in and strip my shelves bare if their town was empty.”

He added, “That’s where all the conflict began, because my customers couldn’t understand why they couldn’t get their regular items.”

He said he now plans to “regroup and start again.”