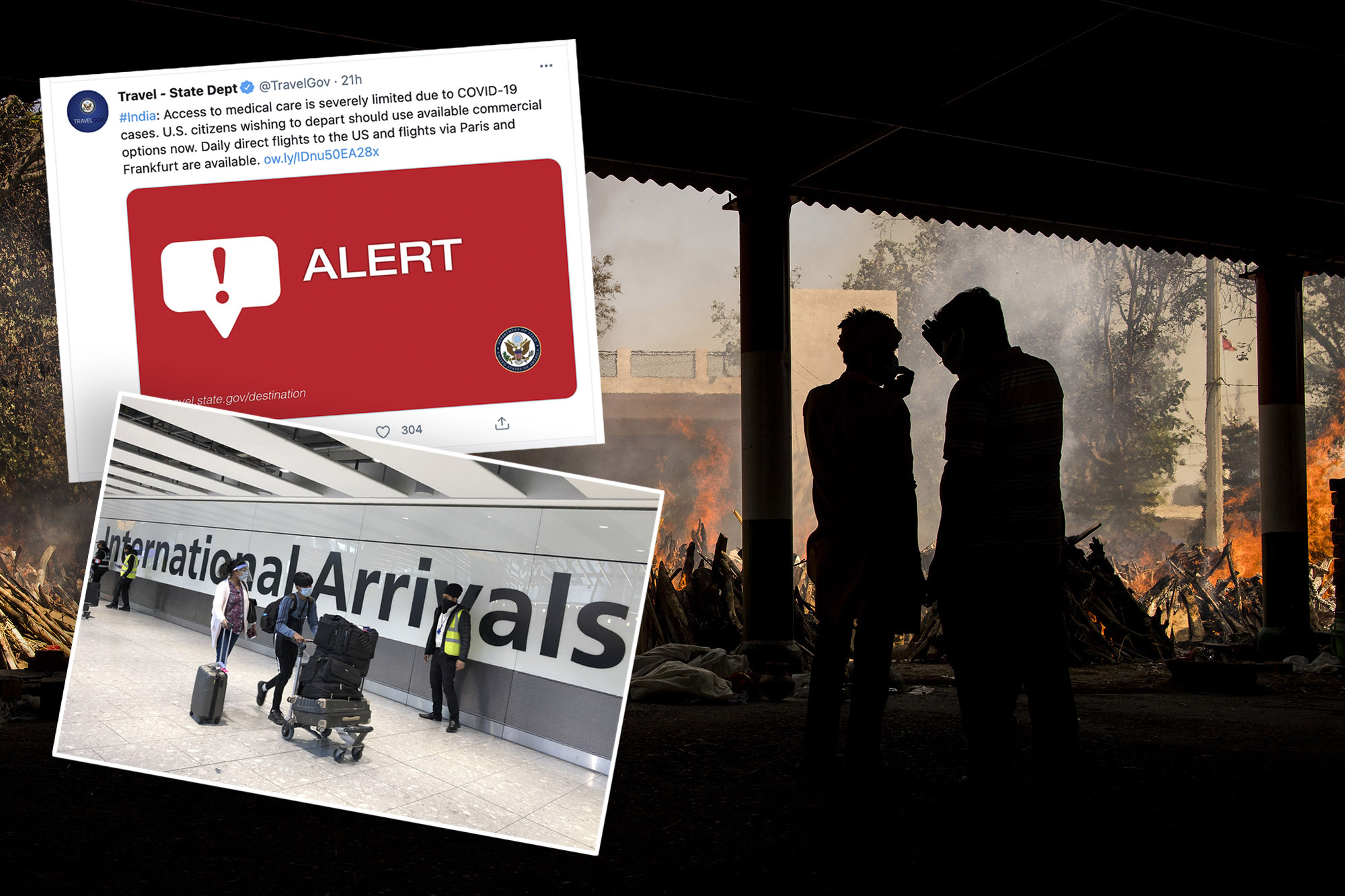 Americans are being advised to avoid travel to India amid a relentless surge of new COVID-19 cases that has devastated the country’s healthcare system.

State Department officials on Wednesday said Americans should “not travel to India or to leave as soon as it is safe to do so,” citing reports of US citizens being denied care from the overwhelmed hospitals.

“Access to medical care is severely limited due to COVID-19 cases. U.S. citizens wishing to depart should use available commercial options now,” the State Department said on Twitter.

“Daily direct flights to the US and flights via Paris and Frankfurt are available.”

Experts believe the official death count vastly underestimates the actual toll, which they suspect is being driven by an especially lethal viral variant.

The resulting devastation has fueled an oxygen shortage and required the use of mass cremations to deal with an overwhelming amount of bodies.

“Hospitals are reporting shortages of supplies, oxygen, and beds for both COVID-19 and non-COVID-19 related patients,” the US Embassy & Consulates in India said in a statement.

Passengers from India arriving in Heathrow Airport in London on April 23, 2021.Getty Images

“U.S. citizens are reporting being denied admittance to hospitals in some cities due to a lack of space,” the statement said.

Just nine percent of India’s nearly 1.4 billion people have had at least one vaccine dose.