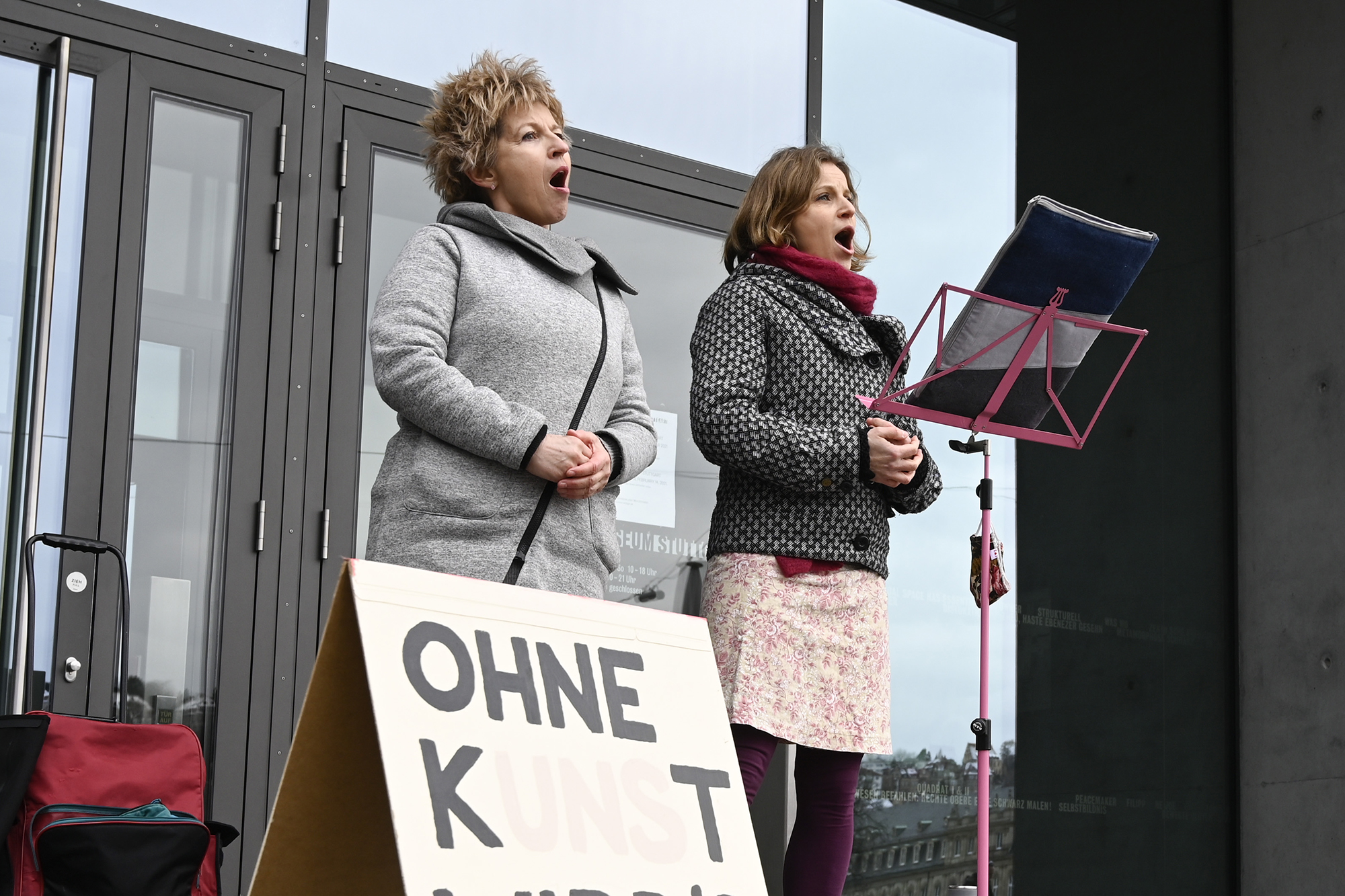 Singing in a choir can be deadly in the age of the coronavirus — but warbling together in consonant-heavy German is especially dangerous, new studies out of Japan have found.

It’s far better, actually, to sing in Japanese, the studies found, because that language’s softer consonants do not propel droplets nearly as far.

“When singing in German, we advise our members to stand at the maximum distance from each other,” advised Japan Choral Association secretary-general Masakazu Umeda, CBS News reported.

Singing is already known to spew about three times as much respiratory particles into the air as regular talking does, but three new Japanese studies found that some languages emit significantly more particles.

In one study, a four-woman, four-man choir sang three songs under laboratory conditions: a popular Japanese children’s song, Beethoven’s Ode to Joy and a selection from Verdi’s La Traviata.

Ludvig lost by a landslide.

One of the songs used in the study was Ludwig van Beethoven’s ‘Ode to Joy.’Andreas Rentz/Getty Images

A separate study pitted a Japanese graduation song against Beethoven’s Ninth and had similar findings. Particles flew only half as far, a maximum of 24 inches, for the Japanese song as for the German song, which propelled droplets up to 44 inches.

People are still singing together in schools and concert halls in Japan since the pandemic began, but rehearsals and performances have been limited to 30 minutes or less and singers are keeping more than six feet apart on stage.