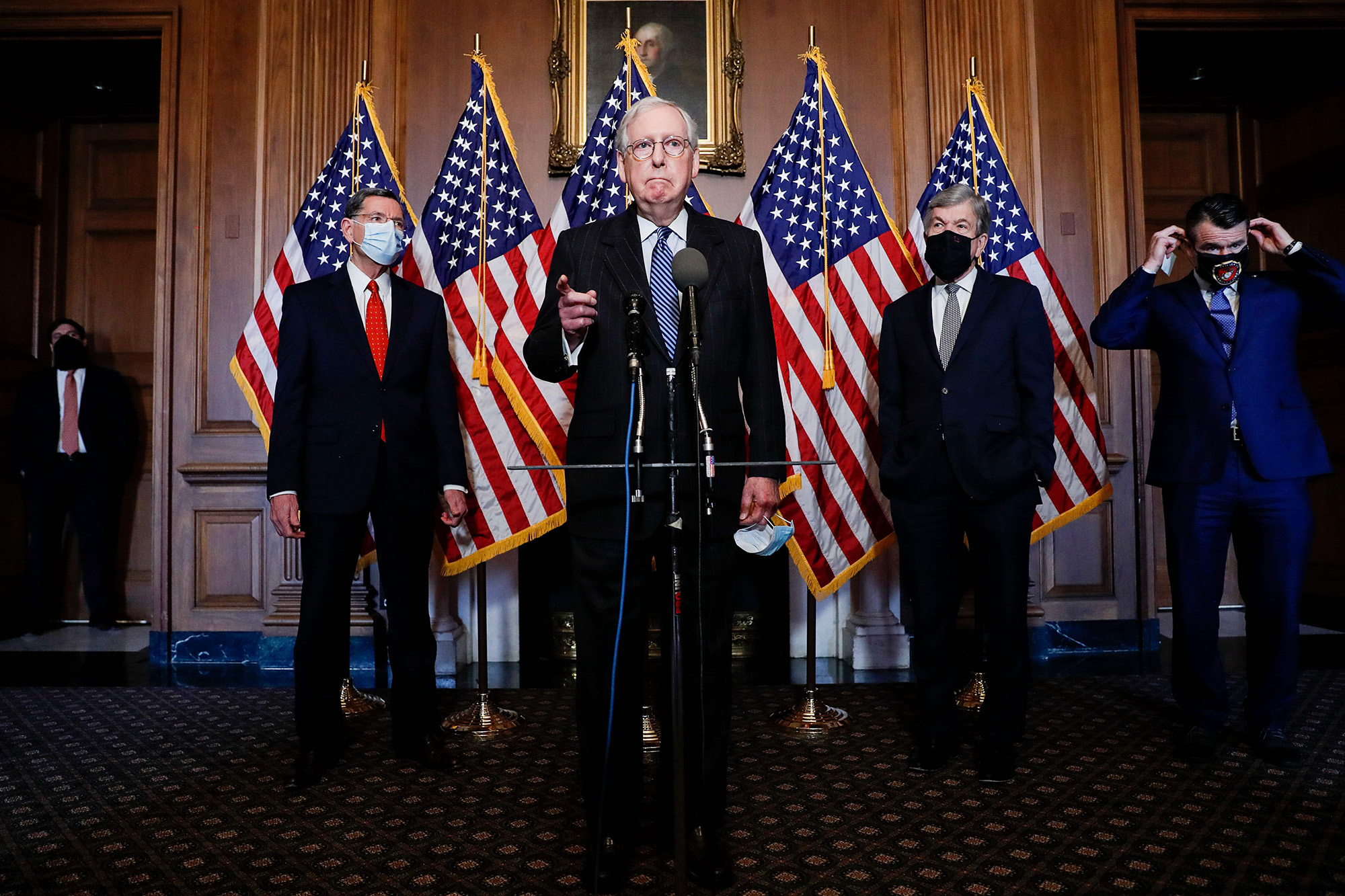 ​Senate Majority Leader Mitch McConnell said a bipartisan group of lawmakers seeking to hammer out a coronavirus relief bill during the lame-duck session of Congress is making “significant progress.”

“Everybody wants to finish,” McConnell said late Tuesday as legislators were wrapping up negotiations for the evening. “Everybody wants to get a final agreement as soon as possible. We all believe the country needs it. And I think we’re getting closer and closer.”

“We’re making significant progress and I’m optimistic that we’re going to be able to complete an understanding sometime soon,” the Kentucky Republican said.

While they have yet to strike a deal, Republicans and Democrats expressed optimism that an agreement could be reached as early as Wednesday to provide relief to millions of American workers left jobless because of the COVID-19 pandemic, and to approve funds to help distribute the vaccine across the country.

“We’ll be back early and we’ll be on schedule to get the job done,” House Speaker Nancy Pelosi said as she left the Capitol near midnight.

“I think there’s a possibility of getting it done,” he said.

Both sides have been deadlocked for months over what should be in the coronavirus relief bill and how much it will cost.

McConnell has opposed the Democrats’ demand that it include $160 billion in aid to state and local governments, while at the same time pressing to give businesses liability protection from coronavirus-related lawsuits.

Pelosi has said the aid package for state and local governments, their coffers depleted by the lack of tax revenues, is needed to ensure they have the resources to distribute the vaccine.

But time is running out for both sides, because unemployment benefits dry up on Dec. 26 for the 10 million jobless.

Lawmakers are hoping to strike a deal on the $1.4 trillion spending bill by Friday’s midnight deadline and send the aid package to President Trump.

That’s when a temporary funding bill passed by Congress last week expires and the government could shutdown.