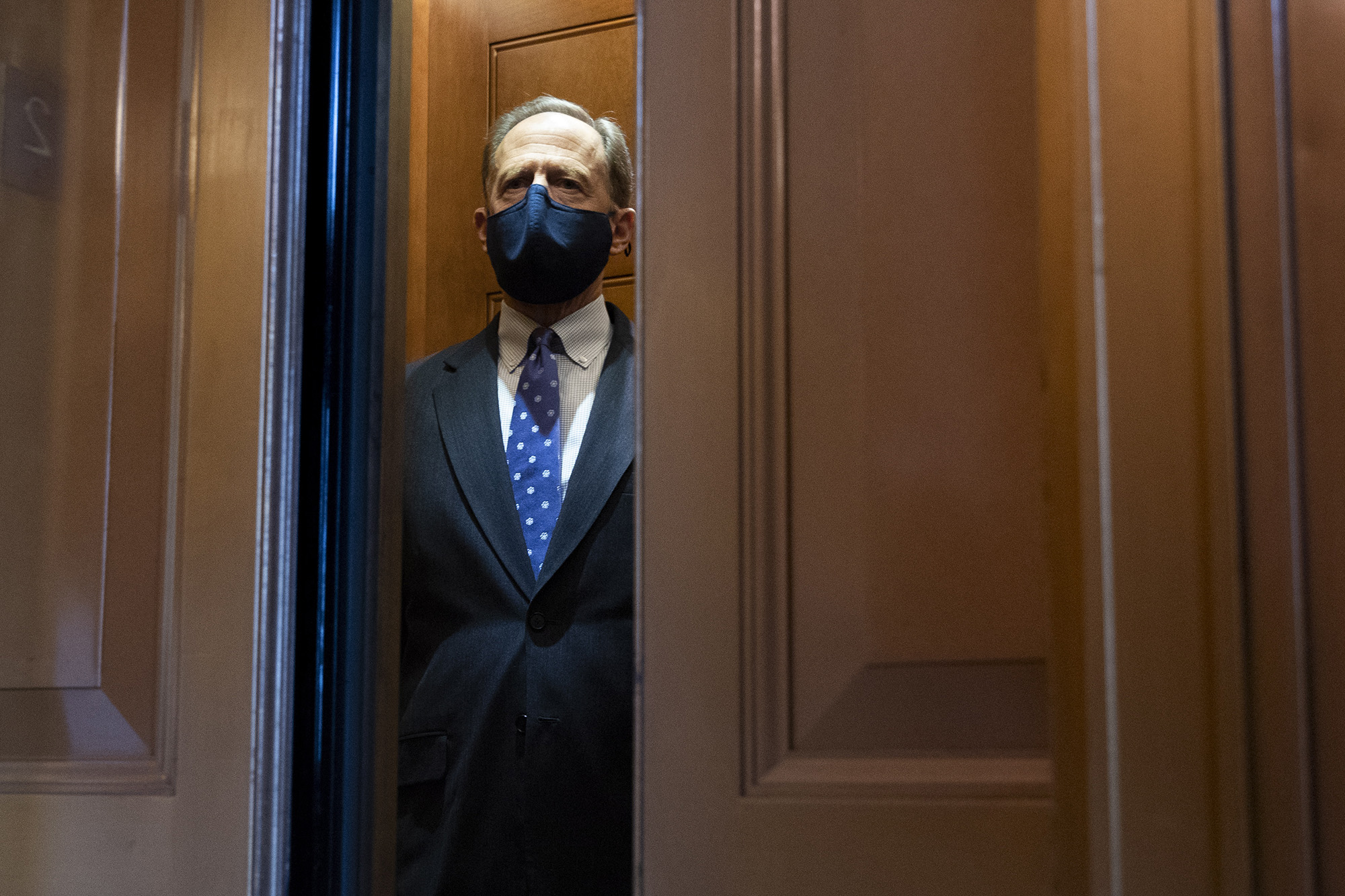 Sen. Pat Toomey objected this week to the push to pass legislation upping the value of stimulus checks from $600 to $2,000.

Toomey (R-Pa.), widely known as a budget and deficit hawk, repeatedly slammed efforts by President Trump, Democrats and some Republicans to increase direct payments on Tuesday.

“Blindly borrowing or printing another two-thirds of a trillion dollars so we can send $2,000 to children, the deceased, and tens of millions of workers who haven’t missed a paycheck, like federal and state employees, is not sound economic policy nor is it something I am willing to support,” Toomey, who will retire after his term ends in 2022, said in a statement.

Pledging not to “consent to a vote on that,” the Pennsylvania senator also rejected allowing any non-targeted relief in a Tuesday tweet.

“Congress should continue helping workers who’ve lost their jobs,” he argued, calling the borrowing necessary to pay for such an effort “terrible policy.”

Pressed about his opposition to the increased checks on CNN that afternoon, Toomey stood by his position, explaining that he was against checks going to individuals who had experienced no loss of income due to this crisis.

“This makes no sense. We are in a very different place today than we were back in March,” he argued.

Last Tuesday, the commander-in-chief branded the bipartisan coronavirus relief bill a “disgrace” and called on Congress to amend it.

The legislation, which was tied to a $1.4 trillion government funding bill, passed the House and Senate with veto-proof majorities, but Trump argued that the package needed work.

Trump’s biggest complaint with the deal was the size of direct payments, and he called on Congress last week to amend the bill and raise each check to $2,000, as well as eliminate billions of dollars in foreign aid.

He announced that he had signed the measure on Sunday, but warned that he would ask for millions of dollars of spending to be removed from the bill.