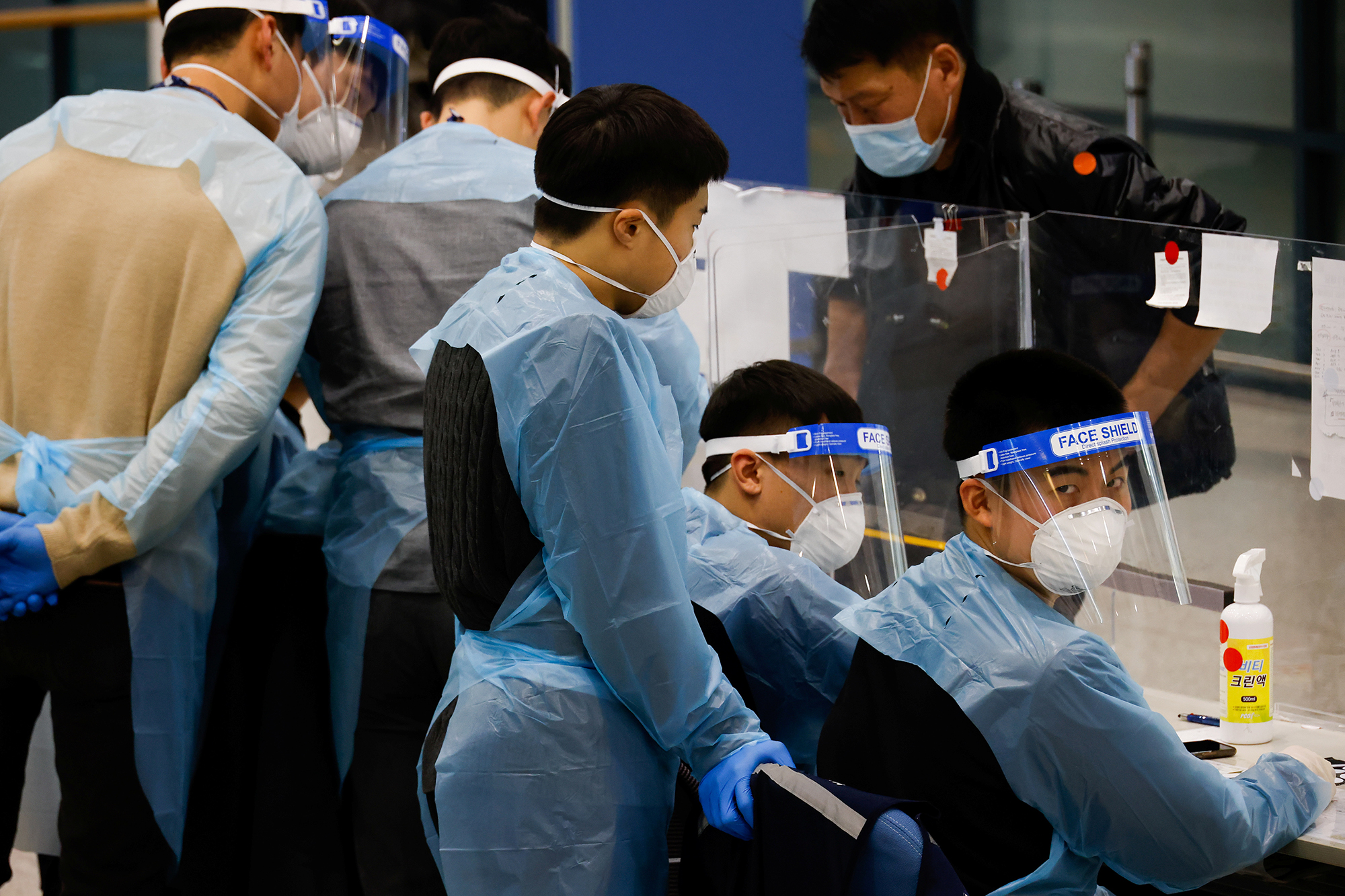 SEOUL, South Korea — South Korea has confirmed its first cases of a more contagious variant of COVID-19 that was first identified in the United Kingdom.

The Korea Disease Control and Prevention Agency said Monday the cases have been confirmed in a family of three people who came to South Korea on Dec. 22.

They arrived a day before South Korea halted air travel from Britain until Dec. 31 to guard against the new version of the virus.

The three people, who reside in the UK, are under quarantine in South Korea.

South Korea on Monday registered 808 new coronavirus cases, raising its national caseload to 57,680 with 819 deaths. It’s the second day in a row that South Korea’s daily tally has marked below 1,000. The country logged 1,241 cases on Christmas Day, the biggest daily jump in South Korea since the pandemic began and 1,132 on Saturday.

In recent weeks, South Korea has been grappling with a sudden spike in infections tied to hospitals, nursing homes, churches, a prison, family gatherings and various other sites. The government on Sunday said it will spend another week before determining whether to enforce its toughest physical distancing rules in the greater Seoul area that officials worry would further hurt the economy.