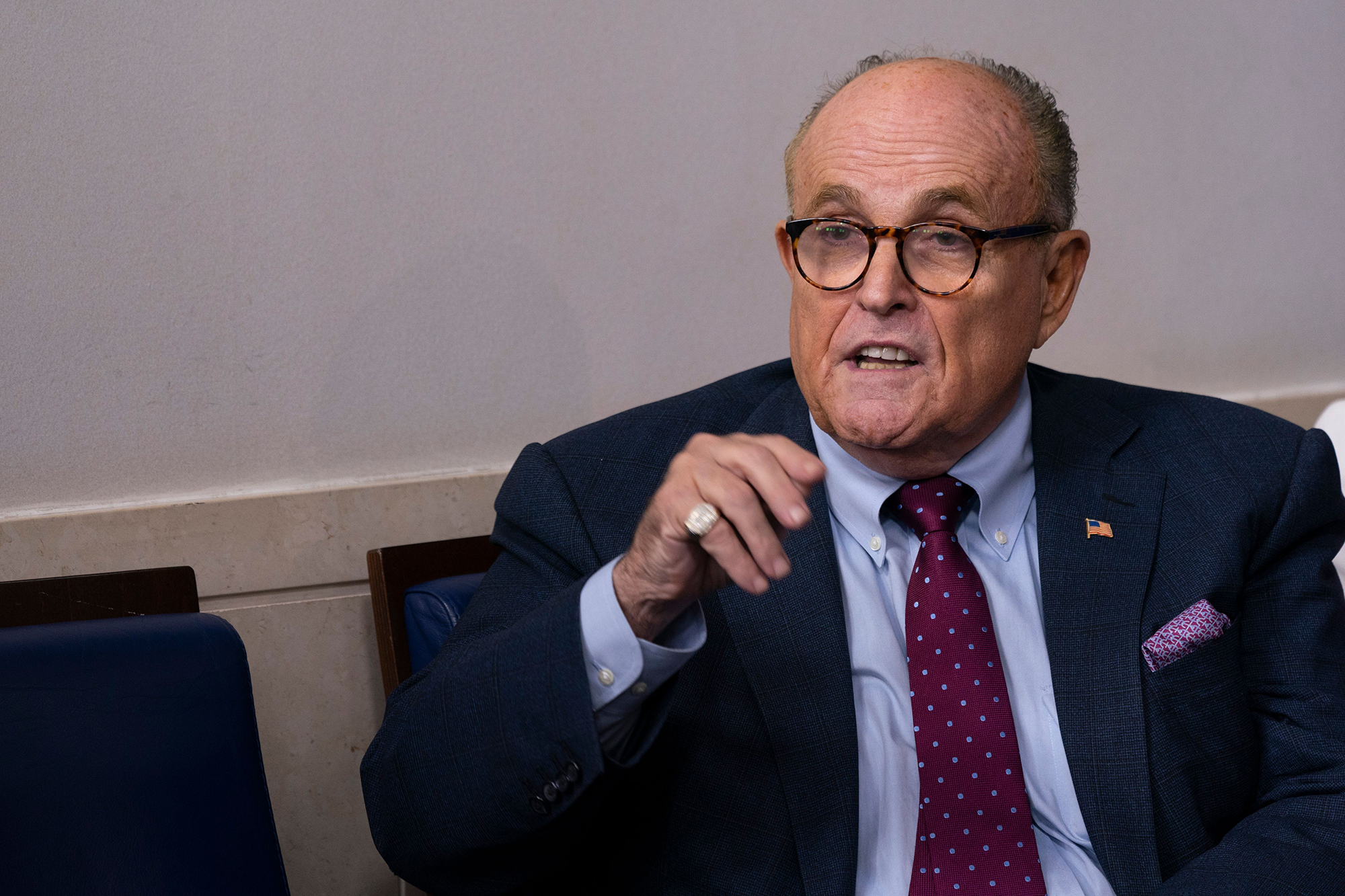 In a radio interview airing Saturday night, Rudy Giuliani says he’s had three negative COVID tests since his last contact with President Trump — and he believes he has dodged the coronavirus bullet.

“My last contact [with Trump] was a week ago Wednesday, so that puts us nine days out and I got a result today, negative,” Giuliani said Friday, while taping the Roman Lewis Live radio show.

The segment airs Saturday at 7 p.m. on https://am970theanswer.com/.

“That’s the third test I took, and they were all the deep nasal test that’s supposedly more accurate, the Trump lawyer told Lewis.

“So I’ve had three negative results in 10 days,” he said.

Giuliani’s health status became a question last week, after it  was revealed that he had attended debate prep sessions with Trump and Chris Christie in the White House Map Room just days before the president announced he had caught the coronavirus.

Christie, the former New Jersey governor, caught the bug, and spent a week in a Morristown hospital before being released Saturday.

Also at the debate prep sessions were Press Secretary Kayleigh McEnany; she too caught the coronavirus.

On Monday night, Giuliani coughed repeatedly during an appearance on Fox News, and he has boasted of taking the widely-discredited COVID-19 drug hydroxychloroquine, further stoking speculation on his health.

Giuliani is certainly feeling his oats after his third negative test.

“They should come and listen to me about how you save black lives,” he crows of BLM demonstrators.

“Because I’ve saved more black lives than anyone in America. A lot more than Black Lives Matter.”

“Rudy goes off the rails,” a source noted of the interview.

“He curses eight or ten times during the interview they had to go bleep him out for what’s going to be broadcast,”

Giuliani’s interview will run in all its s-bomb-dropping glory in a longer, uncensored podcast next week.