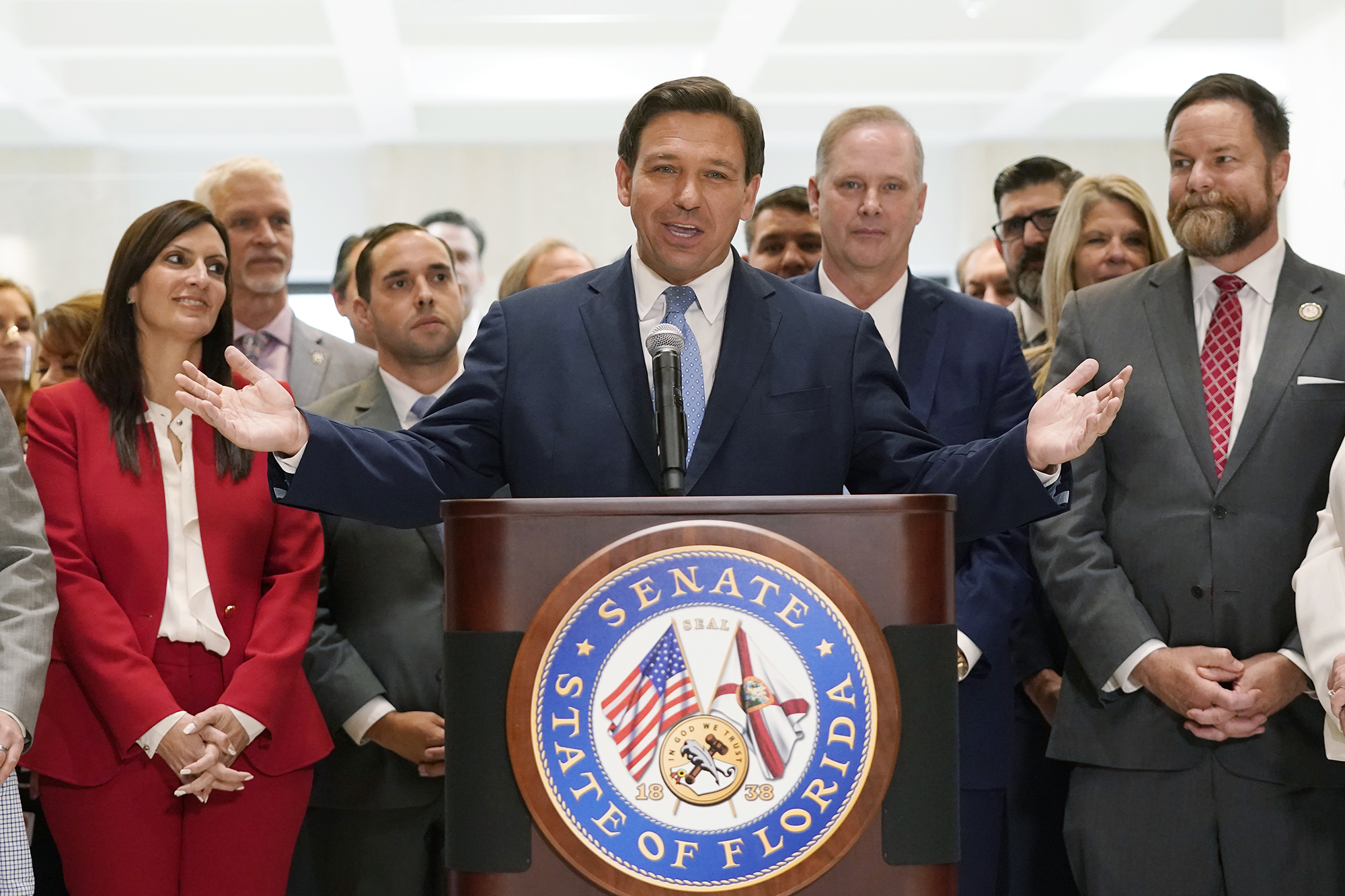 DeSantis said he signed the executive order because it was the “evidence-based thing to do,” the Orlando Sentinel reported.

“I think folks that are saying they need to be policing people at this point, if you’re saying that, then you’re really saying you don’t believe in the vaccines,” DeSantis said during a press briefing in St. Petersburg.

The order is to “bridge the gap” until a new law takes effect on July 1 that gives the governor the power to overrule cities and counties in the Sunshine State, he said.

The new legislation states that its intent is to “minimize the negative effects of an extended emergency, such as a pandemic or another public health emergency,” the newspaper reported.

“You have a right to participate in society, go to a restaurant, movie, a ballgame, all these things without having to divulge this type of information,” DeSantis said, news station WJAX reported.

Public health experts have said regions should aim for under a 5 percent positivity rate for COVID-19 tests before lifting restrictions, but the state hasn’t been below that threshold since October, the South Florida Sun-Sentinel reported.

It recorded a daily positivity rate of 5.87 percent on Sunday, up from 5.7 percent the day before, the newspaper reported.

With Florida easing restrictions, beaches across the state have been packed.AP

Meanwhile, 42.3 percent of the state’s residents have received at least one dose of COVID-19 vaccine, according to Bloomberg.