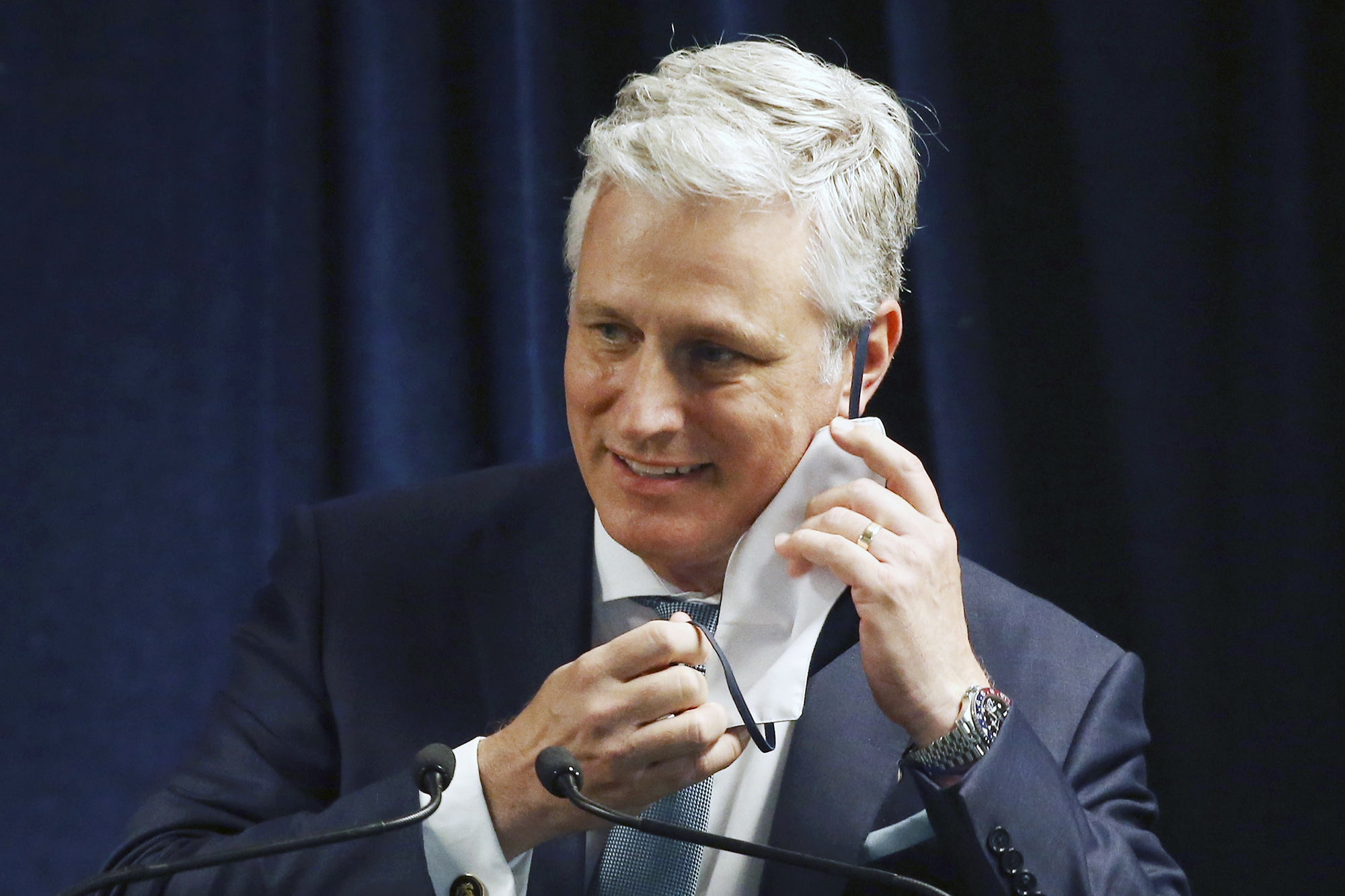 O’Brien had a mild case of the virus and had been working from home since July 23, but was back in the White House on Tuesday after being cleared by doctors, Politico reported.

The national security adviser is one of the highest-ranking White House officials to contract the illness.

O’Brien reportedly came down with COVID-19 after a family event where his college-aged daughter also became infected.

Fortunately, he only experienced a mild case of the virus and continued running the National Security Council from home, one person familiar with the situation told Bloomberg News.

Earlier that month, a personal valet to Trump also tested positive and was the first confirmed case of a staffer inside the White House contracting the virus.

Miller is married to Trump adviser and speechwriter Stephen Miller. The pair, who are expecting their first child, isolated at home for several weeks before being given the clear to return to the White House.