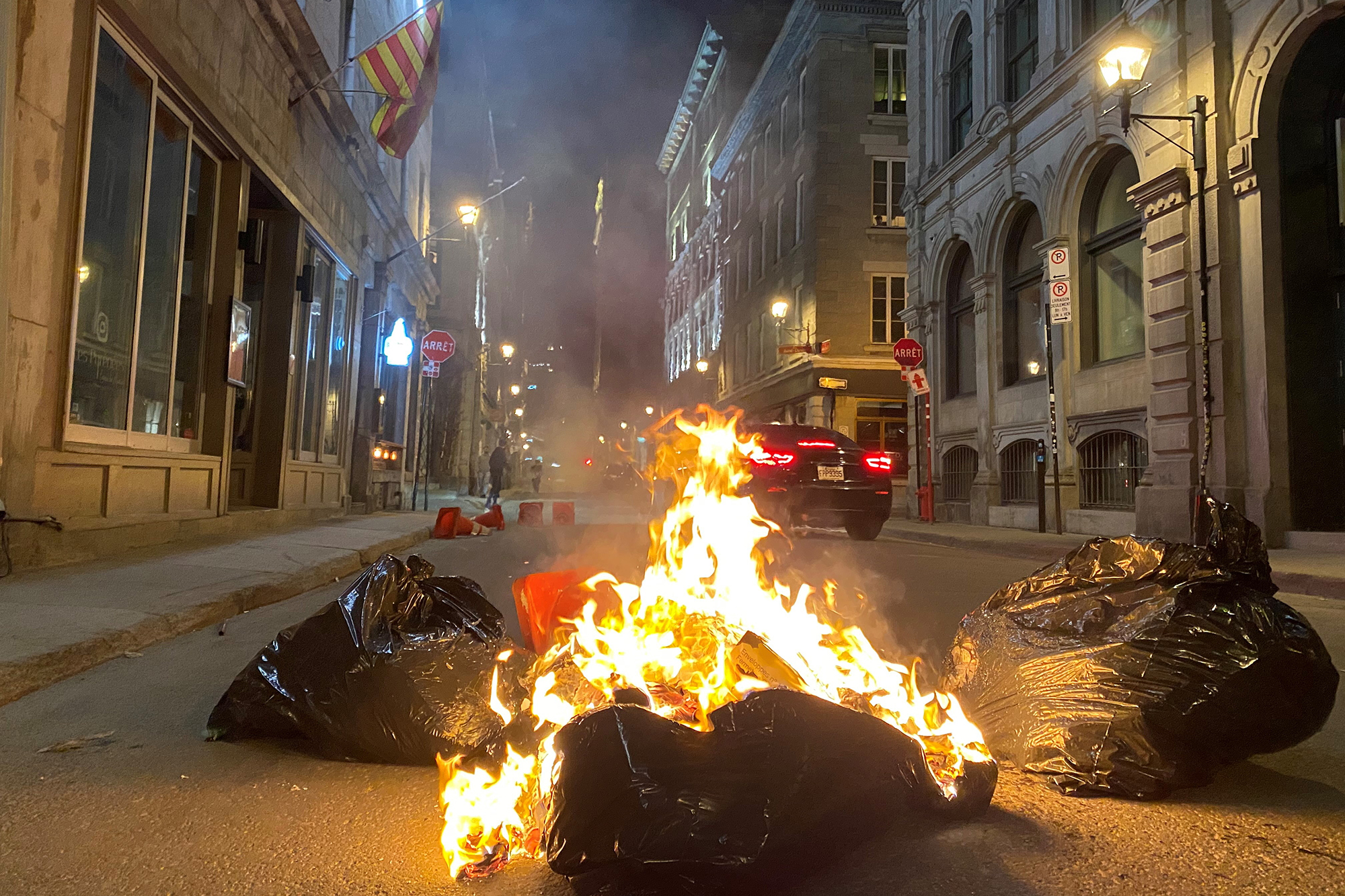 Riots erupted in Montreal on Sunday evening as hundreds took to the streets to protest ongoing coronavirus restrictions keeping the area on lockdown, including an overnight curfew.

“Freedom for the young!” the largely unmasked crowd chanted as they massed along a commercial strip in historic Old Montreal, one of several social-media videos of the demonstration shows.

Though the protest began peacefully, it eventually descended into destruction, as rioters lit fires and smashed in several storefront windows during the display.

Montreal cops dished out a preliminary total of 108 tickets — 107 for violating public health regulations, and one for another unspecified violation — and made seven arrests, police spokeswoman Const. Véronique Comtois told the Canadian Broadcasting Corporation.

Dozens of other acts of vandalism remain under investigation, Comtois added.

“Freedom for the young!” protesters chanted.AP

The outlet reported that the demonstration turned violent only after police used tear gas and charged the crowd.

The crowd was protesting the back-and-forth pandemic restrictions imposed on the region as Canada attempts to control the coronavirus.

Hundreds took to the streets to protest ongoing coronavirus restrictions and continued lockdowns.AP

On Jan. 9, an 8 p.m.-to-5 a.m. curfew was imposed on Quebec for those without valid reasons to be out of their homes.

The curfew’s start was later rolled back to 9:30 p.m. in cities including Montreal, but, according to the Montreal Gazette, was set to return to 8 p.m. amid another surge of the virus.

Montreal Mayor Valerie Plante released a statement following the riots, which translates to, “The mayhem observed in Old Montreal last night is absolutely unacceptable. Fatigue linked to our fight against #COVID19 does not in any way justify the destruction of public property and failure to respect the rules. We must remain united and stick together.”