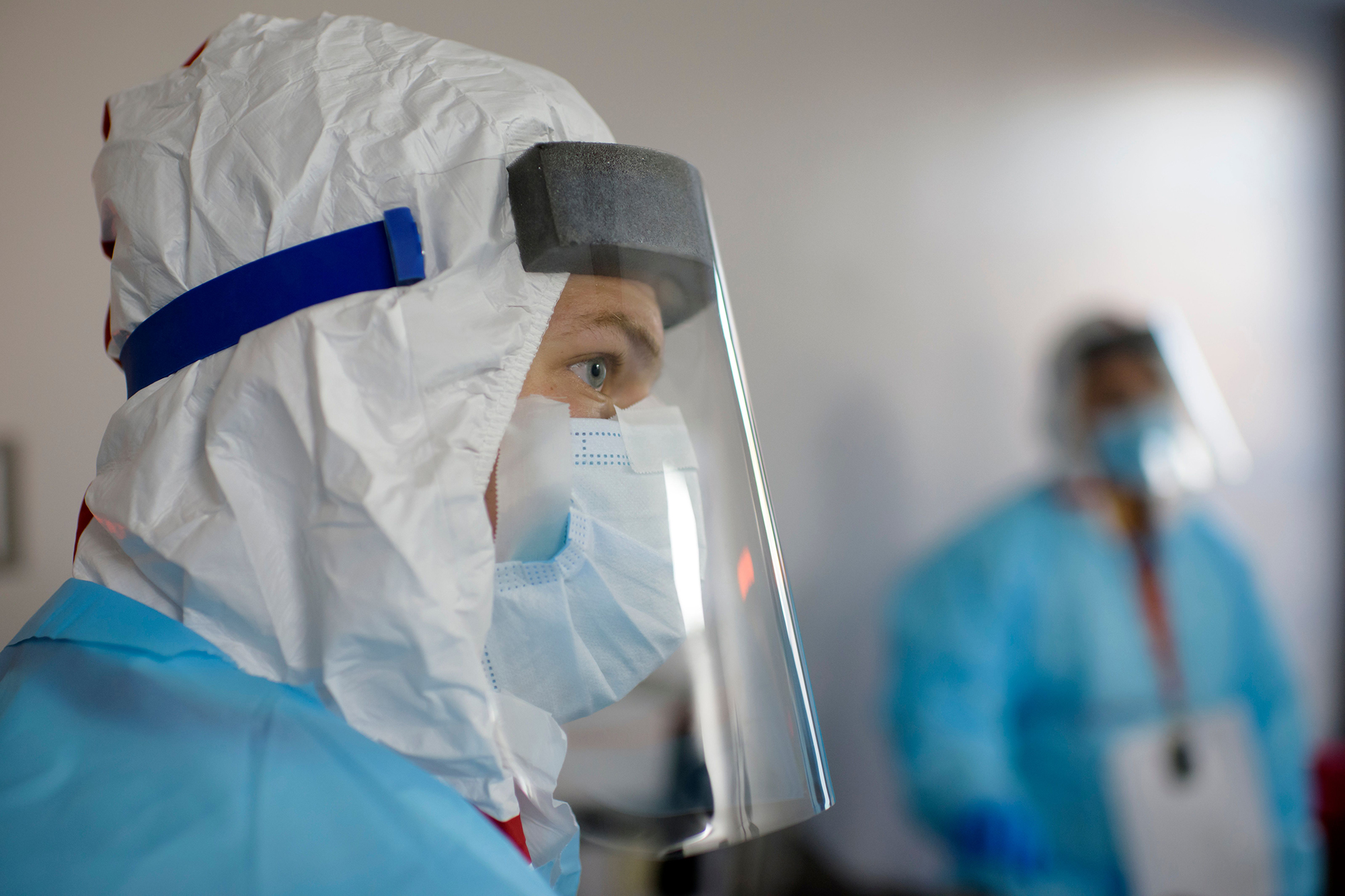 The daily number of COVID-19 cases in the US could peak at 1 million on Inauguration Day — even after vaccines begin to roll out, according to researchers.

The worst-case scenario by the Institute of Health Metrics and Evaluation factors in 3 million daily doses of a coronavirus vaccine over 90 days and if “states do not re-impose any social distancing measures,” an IHME spokesperson told CNBC.

The research institute, created by the Bill and Melinda Gates Foundation, projects that by Jan. 20, the country will see more than 1 million COVID-19 cases a day.

The harrowing figure takes into account total infections, including those not confirmed by testing.

That number, however, should drop to about 448,000 if states begin implementing more lockdowns, which, under the institute’s model, are enforced when a state hits the benchmark of eight deaths a day per million of its population.

Case totals could dip to just over 293,000 under a 90-day vaccine rollout and if there’s 95-percent mask compliance in public.

IHME experts delivered another grim statistic, predicting that even with an effective vaccine, the US could see 539,000 deaths by April 1.

“Mass scale-up of vaccination in 2021 means we have a path back to normal life, but there are still a few rough months ahead,” said Dr. Christopher Murray, IHME director. “We must be vigilant in protecting ourselves at least through April, when, as our projections indicate, vaccines will begin to have an impact.”

Health experts including Dr. Anthony Fauci have warned of a surge in cases following the holiday season.

“I think January is going to be terrible because you’re going to have the Thanksgiving surge super-imposed upon the Christmas surge,” Fauci told Newsweek last week. “So it’s entirely conceivable that January could be the worst.”

The latest data from Johns Hopkins University shows nearly 15 million cases of COVID-19 have been confirmed in the US, which has also seen 283,874 deaths.