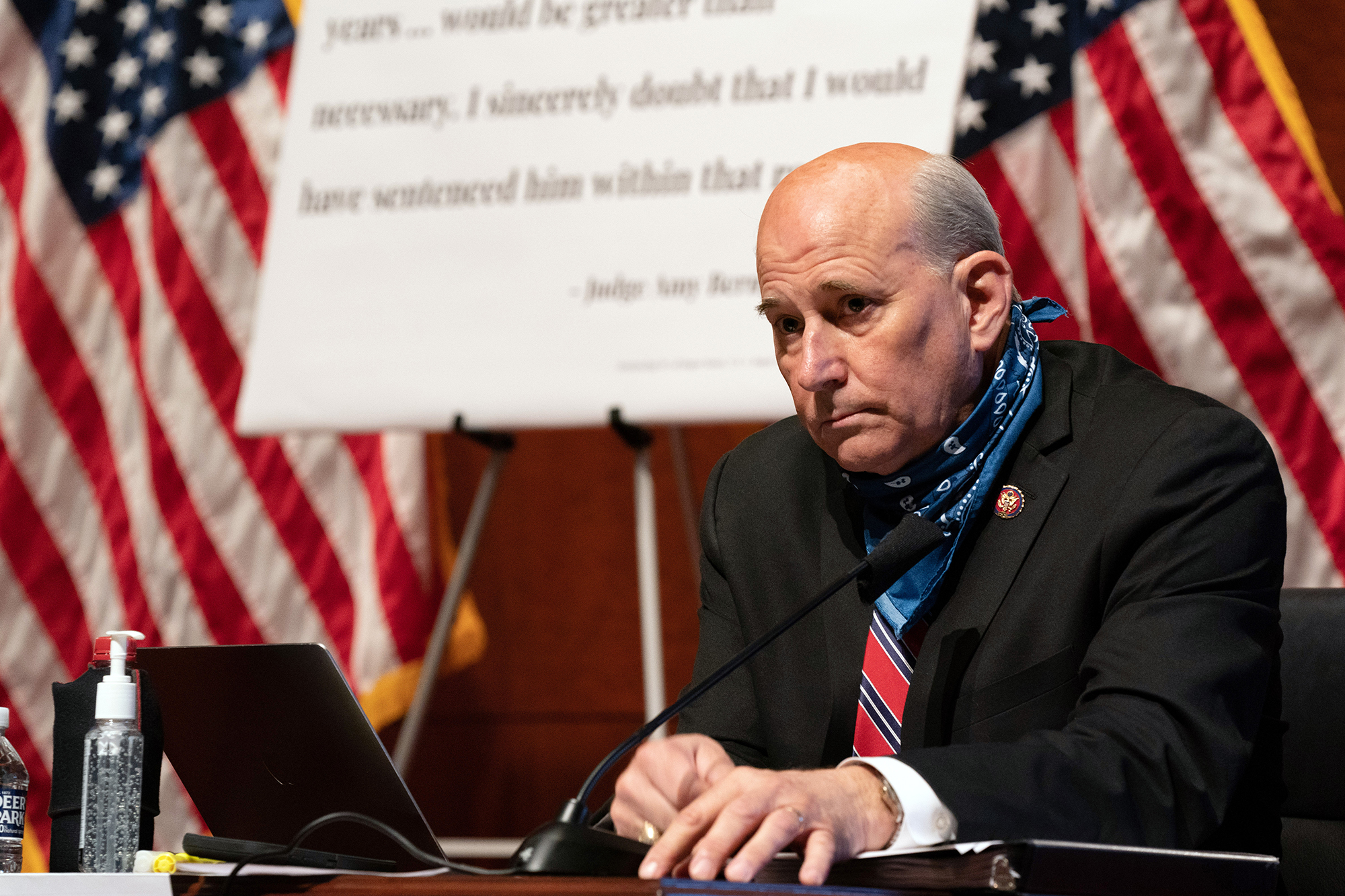 Texas Republican Rep. Louie Gohmert — who was scheduled to fly to the Lone Star State with President Trump on Wednesday — has tested positive for the coronavirus, according to a report.

The 66-year-old, who has been seen walking around the Capitol without a mask, found out about his infection after a pre-screen at the White House, several sources told Politico.

Gohmert, an eight-term incumbent, recently told CNN that he has not donned a face-covering because he was being tested regularly for the bug.

“[I]f I get it, you’ll never see me without a mask,” he told the network last month.

At one point, Chairman Jerry Nadler (D-NY) chided several Republicans for removing their masks, though Gohmert was not among those he reprimanded, the outlet reported.

Gohmert reportedly exchanged words with the AG within six feet, according to a reporter for The Hill.

“Rep. Gohmert, who was without a mask, stood outside the men’s bathroom where Barr went before he walked into the ‘hearing’ room. Once out, Gohmert approached the AG and exchanged a comment or two. Would say from memory, they were within arms length,” Olivia Beavers said in a tweet.