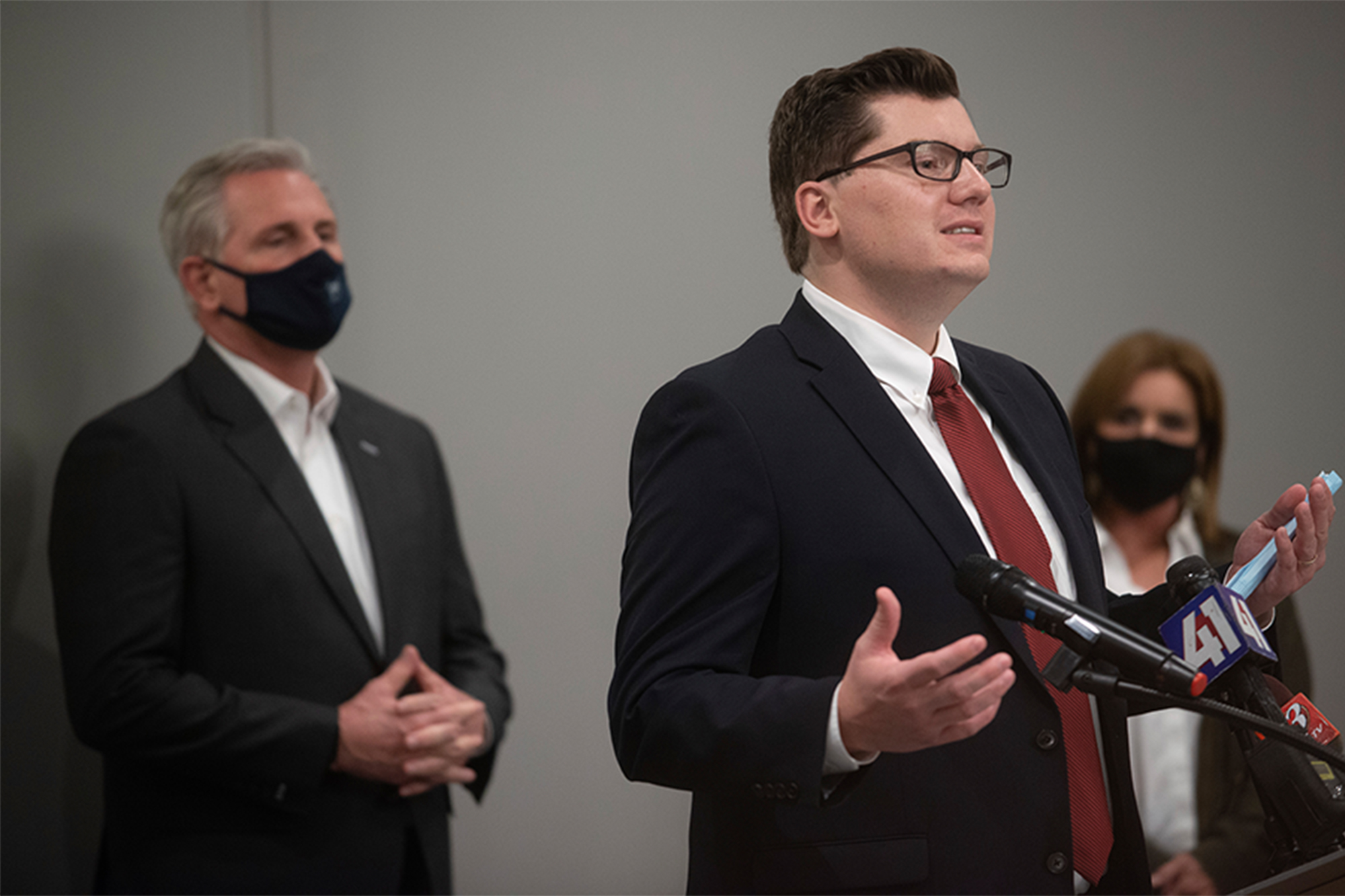 A newly-elected congressman from Kansas said early Thursday that he tested positive for coronavirus.

Rep. Jake LaTurner, a Republican from Kansas, released a statement that said he got the result after he was in the Capitol building in Washington D.C. on Wednesday.

“Congressman Jake LaTurner received a positive test result for COVID-19. Congressman LaTurner took the test as part of Washington DC’s travel guidelines that requires visitors be tested,” the tweet read. “He is not experiencing any symptoms at this time.”

The congressman added that he was following the advice of the House physician.

LaTurner voted earlier Wednesday on the Arizona objection to the electoral college, according to ksmt.com.

He did not return to the floor after.

Because of CDC guidelines, he will not be able to return to the House floor for votes until he is cleared by a doctor.