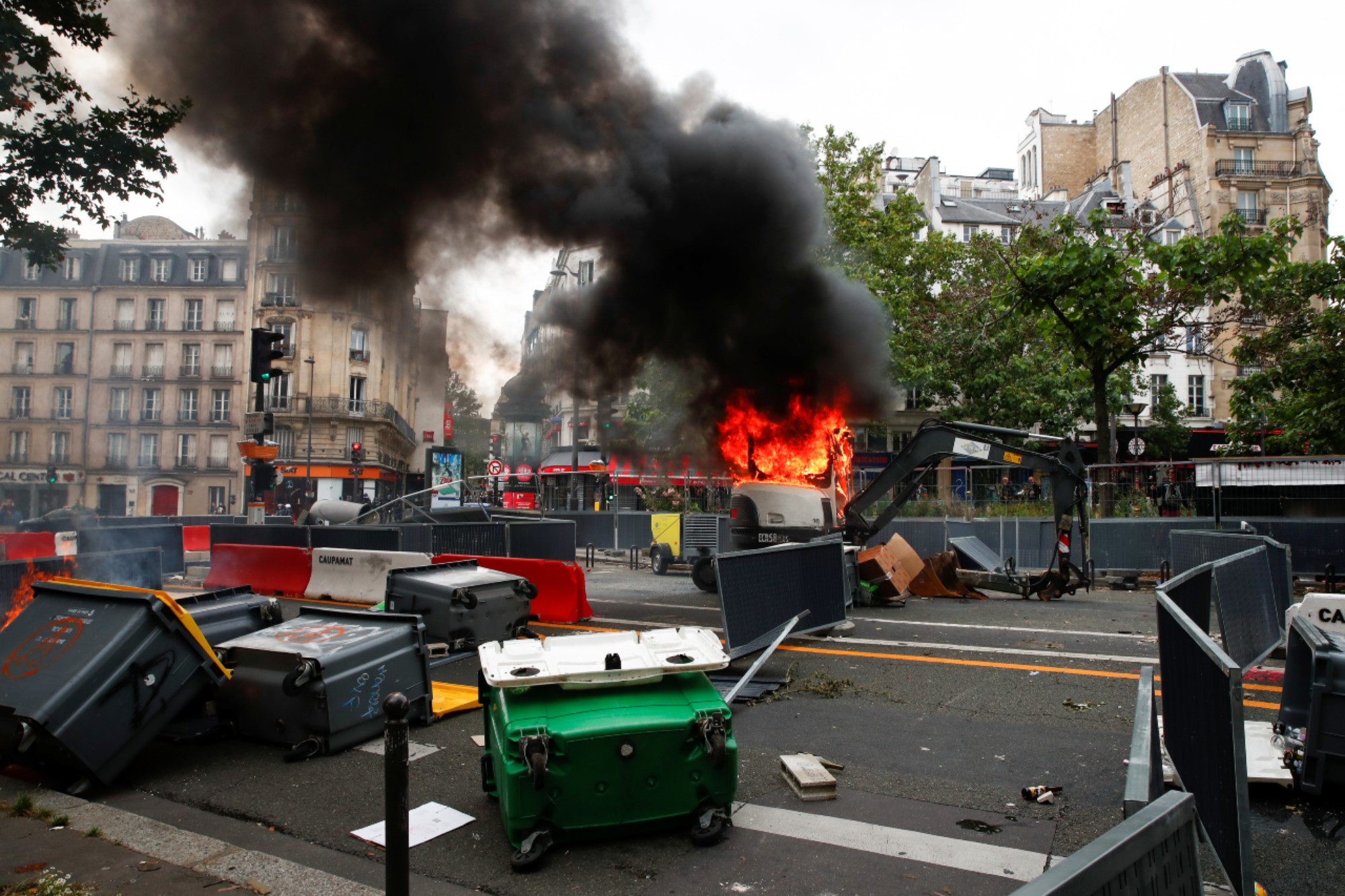 PARIS, July 14 – Police in Paris clashed with protesters railing against President Emmanuel Macron’s plan to require a COVID-19 vaccine certificate or negative PCR test to gain entry to bars, restaurants and cinemas from next month.

Macron this week announced sweeping measures to fight a rapid surge in new coronavirus infections, including the mandatory vaccination of health workers and new health pass rules for the wider public.

In doing so, he went further than most other European nations have done as the highly contagious Delta variant fans a new wave of cases and other governments are watching carefully to see how the French public responds.

The police fired tear gas on several occasions as pockets of protesters overturned garbage cans and set a mechanical digger alight. Some protesters away from the skirmishes wore badges saying “No to the health pass”.

A demonstrator argues with police officers during the protest in Paris, France, July 14, 2021. Reuters/Gonzalo Fuentes

Some critics of Macron’s plan – which will require shopping malls, cafes, bars and restaurants to check the health passes of all patrons from August – accuse the president of trampling on freedoms and discriminating against those who do not want the COVID shot.

“It’s totally arbitrary and wholly undemocratic,” said one protester who identified himself as Jean-Louis.

Macron says the vaccine is the best way to put France back on the path to normalcy and that he is encouraging as many people as possible to get inoculated.

There were protests in other cities including Nantes, Marseille and Montpellier.

The show of discontent took place on Bastille Day, the anniversary of the 1789 storming of a medieval fortress in Paris which marked the turning point in the French Revolution.

Among other proposals in the government’s draft bill is the mandatory isolation for 10 days of anyone who tests positive, with police making random checks, French media reported. The prime minister’s office did not respond when asked to confirm the detail.