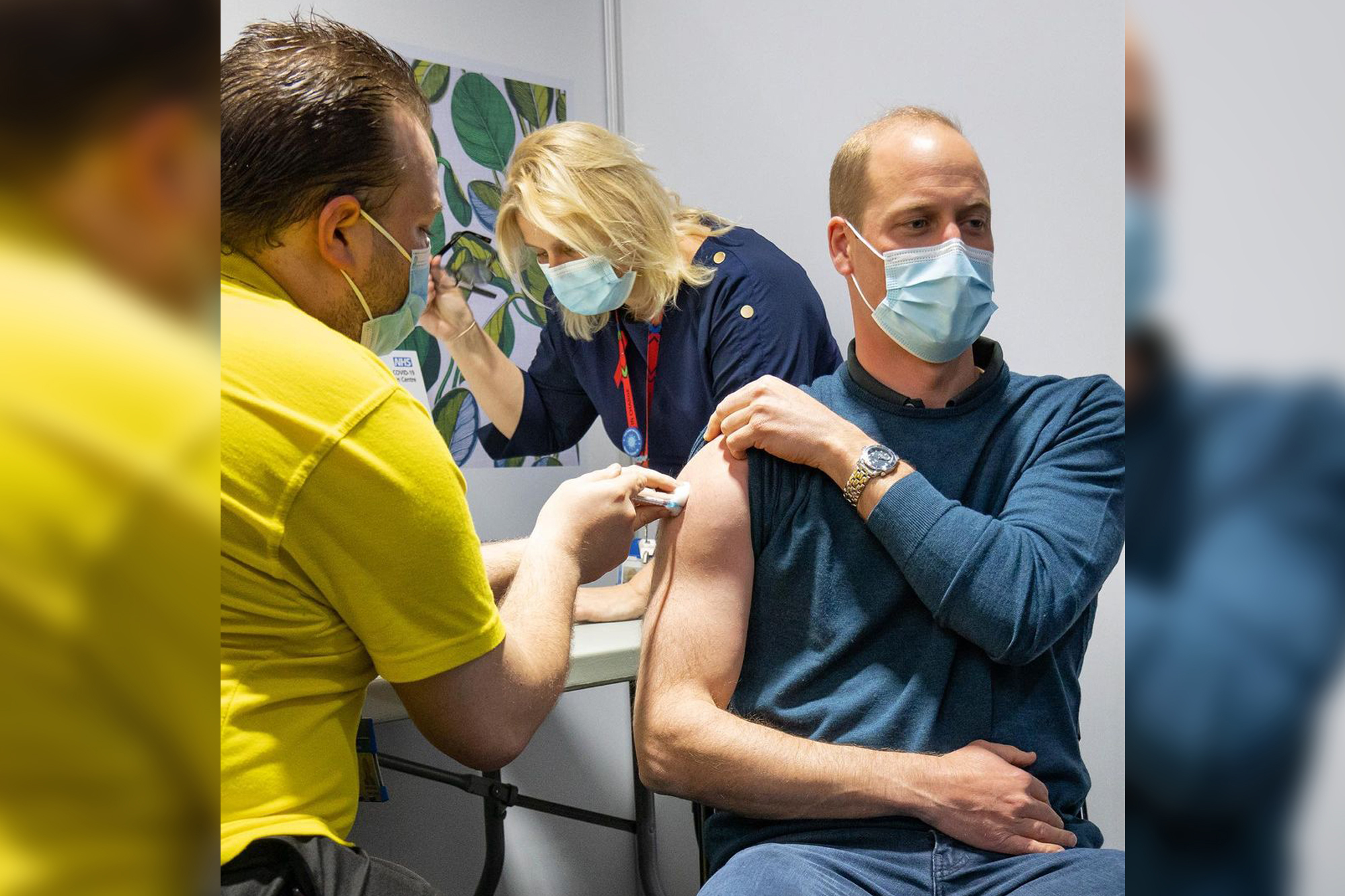 Prince William revealed Thursday that he received his first dose of the COVID-19 vaccine this week, documenting the process on Instagram.

In a photo posted to his and wife Kate Middleton’s “Duke and Duchess of Cambridge” account, the 38-year-old royal is seen wearing a face mask while rolling up his shirt sleeve for a medical practitioner to inject the shot.

“On Tuesday I received my first dose of the COVID-19 vaccine,” the Instagram caption read. “To all those working on the vaccine rollout — thank you for everything you’ve done and continue to do.”

William received his shot at London’s Science Museum. It is unclear if Kate, 39, has received a dose of the COVID-19 vaccine.

70 percent of the UK’s adult population has received their first dose of the COVID-19 vaccine and nearly 40 percent have had both shots, according to government data.

Prince William and wife Kate Middleton will embark on a seven-day tour to Scotland later this month.Aaron Chown-PA/POOL supplied by

In February, William’s father, Prince Charles, received his first dose of the vaccine, along with his wife Camilla. The 72-year-old heir to the British throne tested positive for the novel coronavirus in March 2020.

Buckingham Palace also announced in January that Queen Elizabeth and Prince Philip had received their vaccinations. Philip died in April at the age of 99.

This week marked a busy one in royal happenings. On Wednesday, William and Kate — who recently celebrated their 10th wedding anniversary — announced that they will make a seven-day trip to Scotland this month.

Wednesday’s reveal had curious timing, however, as May 19 also marked the third wedding anniversary of Prince Harry and Meghan Markle. William and Harry’s cousin, Princess Beatrice, also confirmed Wednesday that she and husband Edoardo Mapelli Mozzi are expecting their first child together.