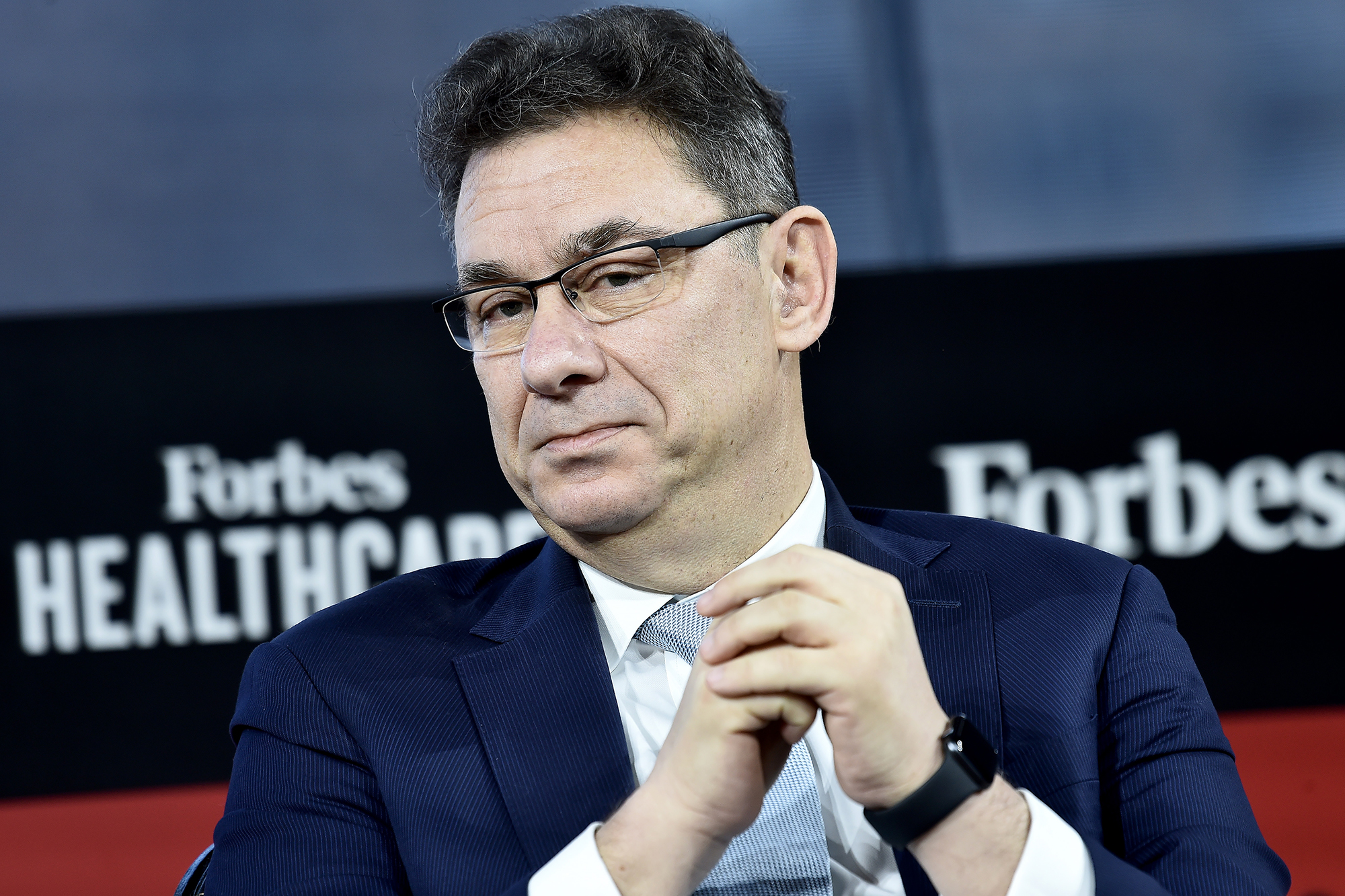 Pfizer is speeding up research on COVID-19 vaccines because there is a “high possibility” existing shots against the deadly bug won’t be effective in the future.

“It’s a very high likelihood that one day that will happen,” Pfizer CEO Albert Bourla said during a panel at the virtual 2021 Davos World Economic Forum.

Bourla hopes to cut the time it takes from recognizing a pandemic-scale infectious disease threat to vaccine authorization to 100 days or less, Business Insider reported. That’s one-third the time of the Trump Administration’s Operation Warp Speed.

COVID vaccines were produced in record speed thanks to technological advances, major funding efforts and public willingness to take part in trials, the Daily Mail reported.

New York-based Pfizer, which developed its vaccine with Germany’s BioNTech, was first out of the gate with a COVID-19 vaccine approval.

Bourla said the company never dreamed its vaccine would be 95 percent effective. “Almost perfect,” he boasted. Pfizer’s shot is one of two versions being offered in New York City.

By contrast, the Johnson & Johnson vaccine is just 66 percent effective, though it is better at preventing hospitalization and death than the illness itself.

Bourla said during the virtual panel that the world should have the vaccine supply it needs by early summer.World Economic Forum

Bourla said he aims to make sure the Pfizer shot stays highly effective as the virus mutates. So far, it’s only been tested against laboratory versions of the variants found in the UK and South Africa, both of which have appeared in the US.

The CEO also addressed distribution issues, which he acknowledged have been bumpy. “I am very optimistic, very soon, we will be able to provide the doses that we have promised to the world,” Bourla said. By the beginning of the summer, the world should have the supply it needs, he said. Pfizer aims to produce 2 billion doses.