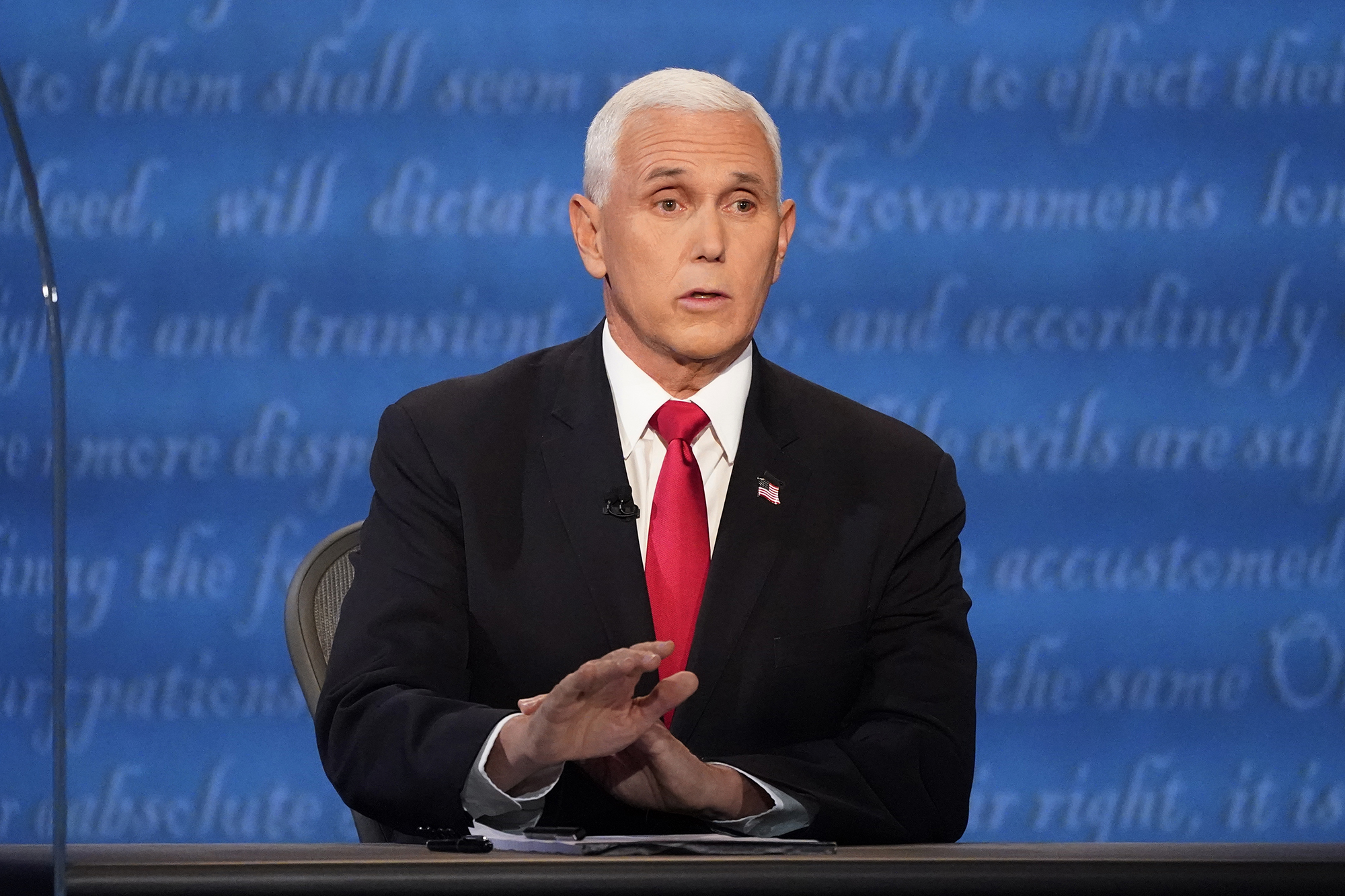 Both Harris and Democratic nominee Joe Biden have accused the Trump administration of leaning on health officials to rush a COVID-19 vaccine before the election.

“That fact that you continue to undermine public confidence in a vaccine, if a vaccine emerges during the Trump administration, I think is unconscionable,” Pence told Harris during their first face-to-face show-down at the University of Utah.

“Senator, I just ask you, stop playing politics with people’s lives,” he went on.

“Your continuous undermining of the vaccine is just not acceptable,” he said, accusing Biden of leaving the strategic national stockpile, the nation’s repository of antibiotics and vaccines, depleted after serving as Barack Obama’s vice president.

But Harris said she would be the first person in line to take the vaccine if doctors, not Trump, told her to take it.

The Democratic challenger from California also accused the Trump administration of sitting on facts about the pandemic and hiding crucial information from the American people when they were first warned about the coronavirus in January.

“The American people have sacrificed far too much because of the incompetence of this administration,” Harris said of the disease which has so far killed 210,000 Americans.

In a much more civil display of disagreement than the shambolic presidential debate in Cleveland, Oh., Harris repeatedly chastised Pence for trying to talk over her, telling him: “Mr. Vice President, I’m speaking. I’m speaking.”

Pence also defended the Trump administration’s handling of a growing cluster of coronavirus cases at the White House that has included the infection of Trump himself.

“Many of the people who were at that event were actually tested for coronavirus, and it was an outdoor event, which all of our scientists regularly routinely advise,” Pence said, telling USA Today moderator Susan Page that Trump trusted the American people to make the right choices.

NFC Week 7 overreactions: 5 teams have emerged as the