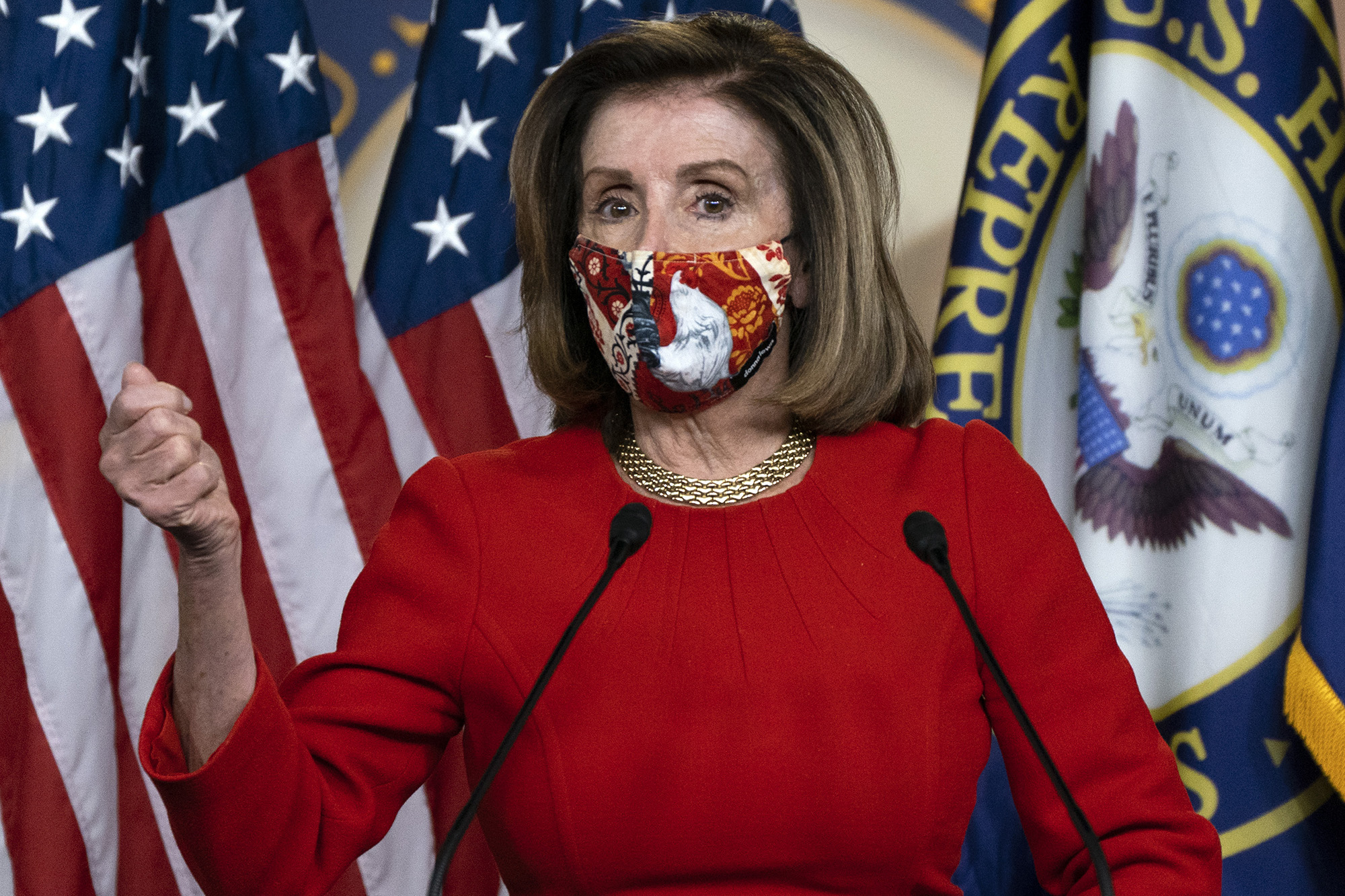 WASHINGTON — House Speaker Nancy Pelosi on Friday vowed that Congress would not leave for the Christmas holidays without reaching a deal on coronavirus relief following months of gridlock led by Democrats.

At her weekly press conference, Pelosi (D-Calif.) told reporters that she had spoken with Senate Majority Leader Mitch McConnell (R-Ky.) by phone on Thursday about a potential deal and said negotiations between Democrats and the GOP were progressing.

“We’ll take the time we need and we must get it done,” she went on. “We cannot leave without it.”

A $908 billion bipartisan stimulus proposal unveiled on Monday by lawmakers frustrated by a lack of action received a stamp of approval from Pelosi who said it will serve as the framework for negotiations.

The measure includes a $300 per week a federal unemployment supplement — down from $600 a week before it expired — and would add $288 billion in new small-business Paycheck Protection Program forgivable loans.

It’s expected that the next wave of aid will be tacked onto a larger spending bill before the Dec. 11 deadline to avoid a partial government shutdown.

“We hope it will take us very close to something we can put in the omnibus,” she said.

The 80-year-old speaker has been under increasing pressure to reach a deal after Democrats spiked two targeted bills from McConnell which would have included more unemployment assistance.

Pelosi and the Democrats claimed that they couldn’t previously accept Republican relief packages because they didn’t include enough money for state and local governments and testing.

But GOP sources have speculated to The Post that Pelosi did not want to agree to a deal before the election, out of fear of appearing to hand a victory to President Trump.

House Democrats passed their doomed $3 trillion HEROES Act in May but Republicans concerned by mounting debt blocked the deal and proposed a $1 trillion counter offer which also failed to gain traction.

Pelosi and Senate Minority Leader Chuck Schumer (D-NY) reduced their ask to $2.2 trillion — causing reporters on Friday to question why Pelosi was now happy to make a deal she had been fighting for months.

“Don’t characterize what we did before as a mistake as a preface to your question if you want an answer!” she snapped.

“That was not a mistake, that was a decision and it has taken us to a place where we can do the right thing,” she went on.

When asked what was different, Pelosi said the victory of Joe Biden, a president-elect who supports science, and successful vaccine candidates, were “a total game changer.”

“A new president and a vaccine. So there’s nothing to compare. What was then before is not more of this,” she claimed.

“That’s OK now,” Pelosi said of the relief below what she demanded, “because we have a new president, a president who recognizes that we need to depend on science to stop the virus.”

The pandemic continues to hit new records as the nation approaches winter, with 14.2 million people in the US contracting the disease which has killed another 276,000 people.