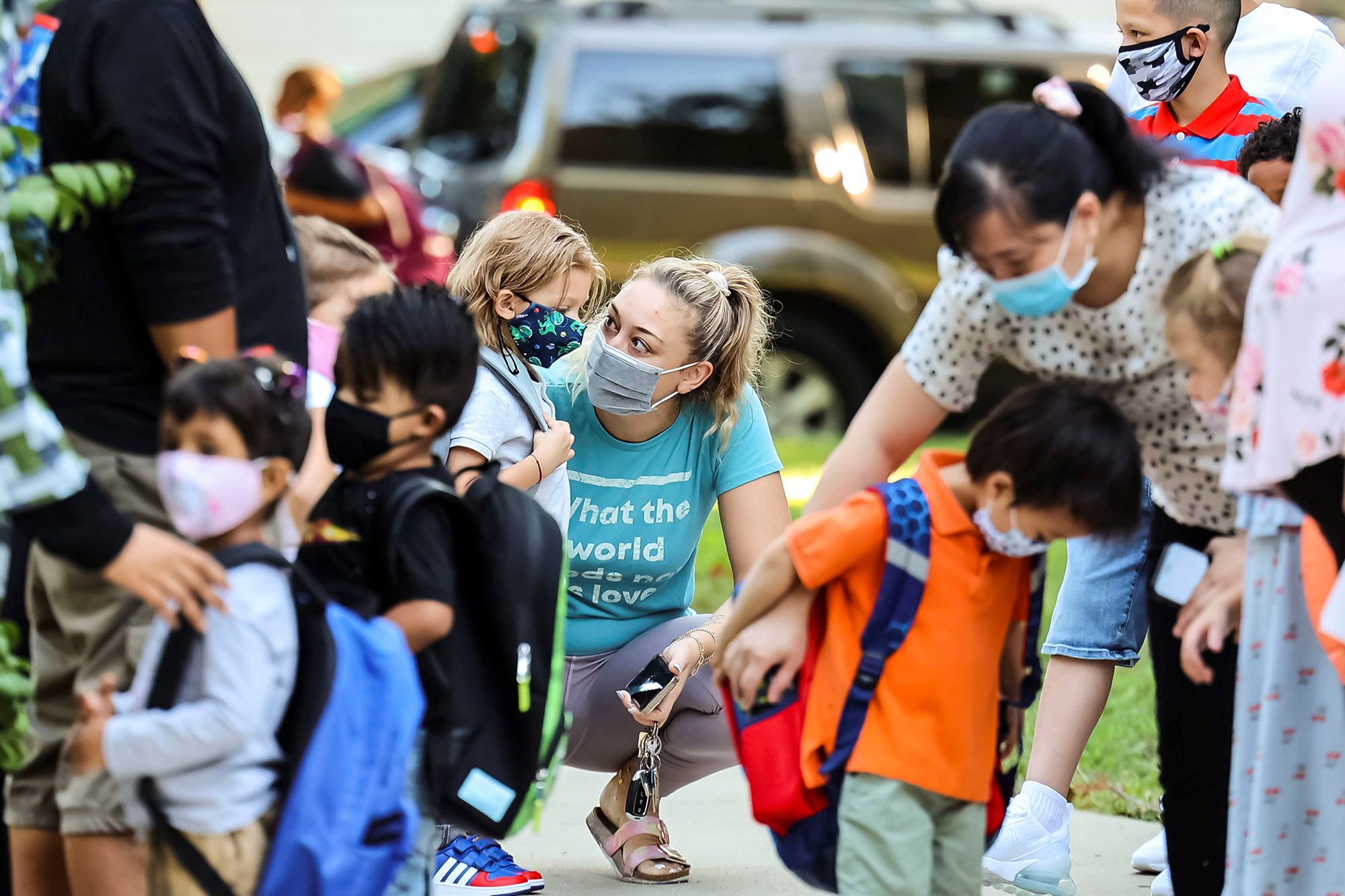 Pediatric coronavirus cases have spiked across the nation as schools prepare to reopen their doors for a new academic year, according to a report.

According to the American Academy of Pediatrics, pediatric COVID-19 cases flew past 250,000 for the week ending Sept. 2 — the first time that many cases have been recorded since the pandemic began.

The Washington Post reported that more than a quarter of all cases that week were among kids and teens.

Almost 2,400 of those infections required hospitalization, the outlet reported.

Officials have attributed the sudden rise in pediatric cases to the highly transmissible delta variant.

The American Academy of Pediatrics reported the most pediatric COVID-19 cases last week since the pandemic began. Xinhua News Agency via Getty Ima

Kids 12 and over are eligible for the coronavirus vaccine and half of those kids up to 15 years old have gotten at least one shot, according to the Centers for Disease Control and Prevention.

The nation’s largest school system is set to kickoff the new academic term next Monday.

“This is going to be one of those game-changer days,” de Blasio said at his daily briefing Wednesday.

He reviewed the Department of Education’s preparedness measures and highlighted cleaning practices and social distancing requirements.

While he has forecast a stable school year, critics have continued to call for a remote option along with more frequent testing for students throughout the school year.

De Blasio has cited the availability of coronavirus vaccines as the driver behind his optimism for the upcoming year.

“The level of vaccination is night and day,” de Blasio said at his daily briefing Wednesday.