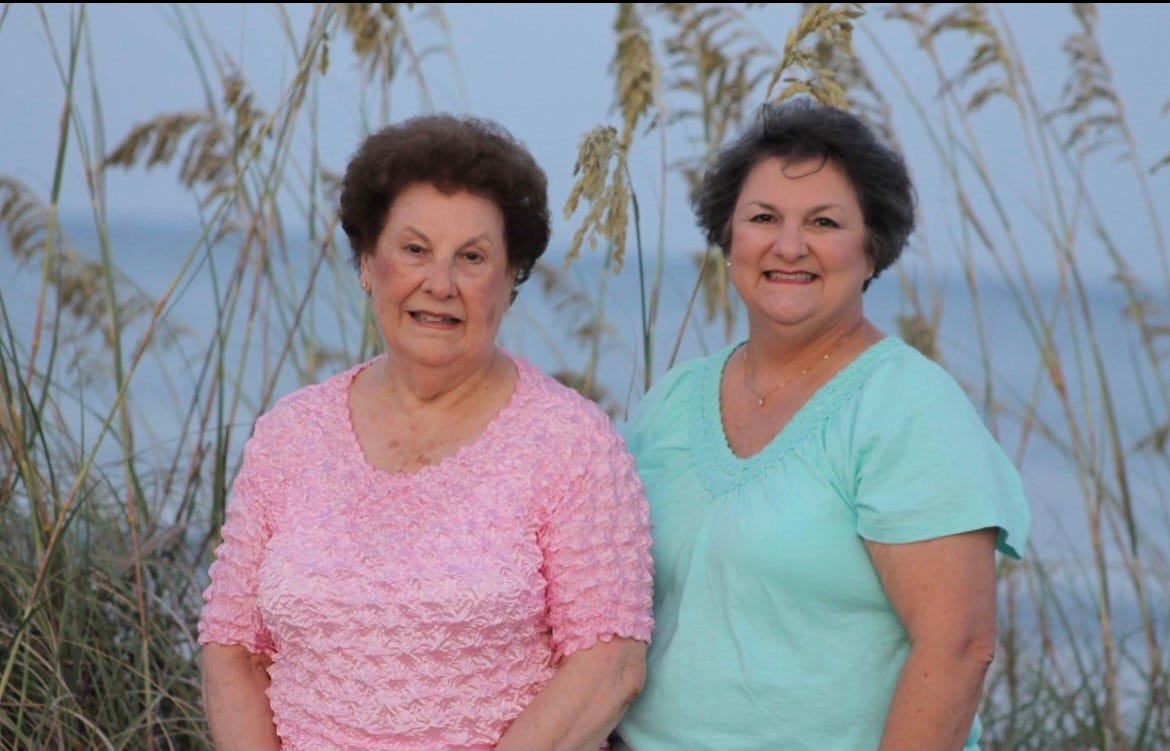 Whether you have a strained relationship, are mourning a death, here are some healthy ways to get through Mother’s Day.

They all cry, naked in their grief.

One woman can’t speak without weeping. Another said she didn’t expect to get emotional, but when she begins to talk about her mother she asks for a moment to right herself under the unsteadying weight of loss. Another remembers the last time she saw her mom, separated by glass, anguish braiding the breath that catches in her throat.

For people who lost their mothers to COVID-19, this Mother’s Day is a reminder of a freshly gaping void. Some won’t celebrate the day at all. Others will mark it quietly.

“Before this year, I always joked with my children and said Mother’s Day was the most important day of the year,” said Ashlyn Fox, whose mother and grandmother died of COVID-19 six days apart. “This year, I don’t want it to exist at all. I want to pretend it doesn’t exist.”

Since the pandemic began a little more than a year ago, it has killed more than half a million Americans. More than 250,000 women have died of COVID-19, according to the Centers for Disease Control and Prevention. Many of them were mothers.

‘The void is unbelievable’

Every day at 4:30 p.m., Fox called her mom. They talked while she drove home from the hospital outside Atlanta where she worked as a nurse. They spoke about Fox’s day and her children. Her mother would ask about the grandkids – their grades, how her granddaughter was doing in dance and her grandson in basketball. Fox would ask if her mom needed groceries, if she had enough medication.

At the end of every conversation her mother would tell her, “I love you with all my heart.”

On January 1, as the new year dawned, Fox’s mother, Anna Rebecca Matthews, died in a hospital in Augusta, Georgia. Days earlier Matthews’ own mother, Jeannine Cadle, died in the same hospital of the same virus.

“They were amazing, strong women who were so much a part of our lives,” Fox said of her ‘Mama’ and ‘Meme’, who lived together and presumably infected one another. “This situation has been devastating.”

When Fox’s mother or grandmother laid eyes on you, every time felt like the first time. They would wait eagerly on their porch to greet expected visitors – whether one of her three daughters or eight grandchildren. When you arrived, they would kiss you and hug you and remind you that home wasn’t found in a house, but in the bodies of the people we love.

“We would have sleepovers, even as grown adults, sleepovers at their house with us and our children,” Fox said. “It was so not uncommon to just on a Friday afternoon, say ‘OK, we’re all going to spend the night at Meme’s.’ That’s just how close we were.”

On a mild day in mid-December, Matthews began to feel sick. Fox encouraged her to get tested. A few days later she was admitted to the hospital with COVID-19, right around the time Cadle started developing symptoms. Cadle would head to the hospital shortly after. The day after Christmas, Cadle died. Just shy of a week later, Matthews did, too.

Matthews and Cadle’s lives were defined by family togetherness. But they died alone, and for Fox, that dissonance is difficult to bear.

“One thing that gets me and my sisters through the day is to know that they’re together,” she said solemnly. “This is how we are surviving.”

On Mother’s Day, Fox and her sisters and their husbands and children will head to a cabin in the mountains. To be together feels right, even if celebrating seems impossible.

Now when Fox leaves work, it isn’t her mother’s voice that carries her home. It’s her sister Amy’s. They talk about their days, their kids and always the loss.

“The void is unbelievable. We’re trying to fill it in any way possible,” Fox said. “Every conversation goes back to COVID. It’s just consumed so much of our lives. I’ll be happy when there’s a day that we don’t have to talk about that. I wonder if it’s ever gonna come.”

‘I lost my world’

Yolanda Brooks’ mother was more than a parent. Dorothy Babino-Dixon was a confidante, a co-worker and a friend.

Brooks and her mother worked together at a private duty nursing agency in Houston where Brooks was the office manager and her mother was an administrative assistant. Whenever there was a local event, they attended as each other’s dates. Brooks said they did everything together, said everything to one another. There was no space between them.

Babino-Dixon commanded a room, a “firecracker” who was the Regent in her Catholic Daughter’s organization and who never let anything keep her from mass. When Brooks saw her mother unwell in early July, she questioned if she was well enough to drive herself to the hospital. Her mother balked at the suggestion, telling her daughter she was perfectly capable. Always had been. Unbeknownst to both of them, it would be her last drive.

At the hospital, Babino-Dixon tested positive for COVID-19. A week after being diagnosed and 24 hours after a Zoom call with her family, Babino-Dixon died.

The grief remains overwhelming. At night, Brooks’ husband shakes her out of her nightmares. Brooks has no plans to celebrate Mother’s Day. She intends to lay in bed, watch TV, and distract herself from what feels like an unraveling.

The last time Rosie Davis saw her mother Mary Castro was through the window of a nursing home on Mother’s Day 2020. Nursing homes were on lockdown to avoid exposing residents. Davis remembers that even through the pane she could tell her mother was weak and disorientated. She couldn’t hold her gifts. Castro, who usually dressed up for visitors, was in her pajamas. Normally enthusiastic and attentive, she seemed muted and distracted.

“I told her goodbye not knowing that that would be the last day that I would see my mom alive,” Davis said.

“Mother’s Day would be the last time that I would see my mom’s face,” said Rosie Davis, whose mother Mary Castro died of COVID-19 last May. (Photo: handout)

Castro was a single mother who put herself through nursing school while working the graveyard shift at a convenience store. She was involved in community service, doing jail ministry for incarcerated women. She was involved in her church. She was ever-present in her family’s lives.

“She was just always treasured, as a person, as a sister, mom, grandmother,” Davis said. “She was somebody I looked up to growing up, you know, just her strength and her knowledge and her faith and everything that she stood for.”

A few days after Mother’s Day, Castro was taken to the hospital where she would test negative for COVID-19 three times before a positive fourth test. A chest X-ray showed pneumonia in one lung. She was given oxygen but the deterioration was rapid. On May 17th, Castro died.

To channel her grief, Davis created the Yellow Heart Memorial, which honors people who have died of COVID-19.

Davis said unlike previous years, this Mother’s Day will be small and intimate. Lunch or dinner with her husband and three adult children.

As the anniversary of her mother’s death approaches, Davis says she’s replaying her mother’s final days. Shortly before she died, Davis spoke with her mom on the phone and asked if she wanted to be put on a ventilator. Castro said no, she didn’t want to suffer. Then she asked Davis if there was anything she wanted to say.

“Thank you for being who you are,” Davis said.

“I love you,” she told her daughter. “When you get to heaven, we will look for each other.”