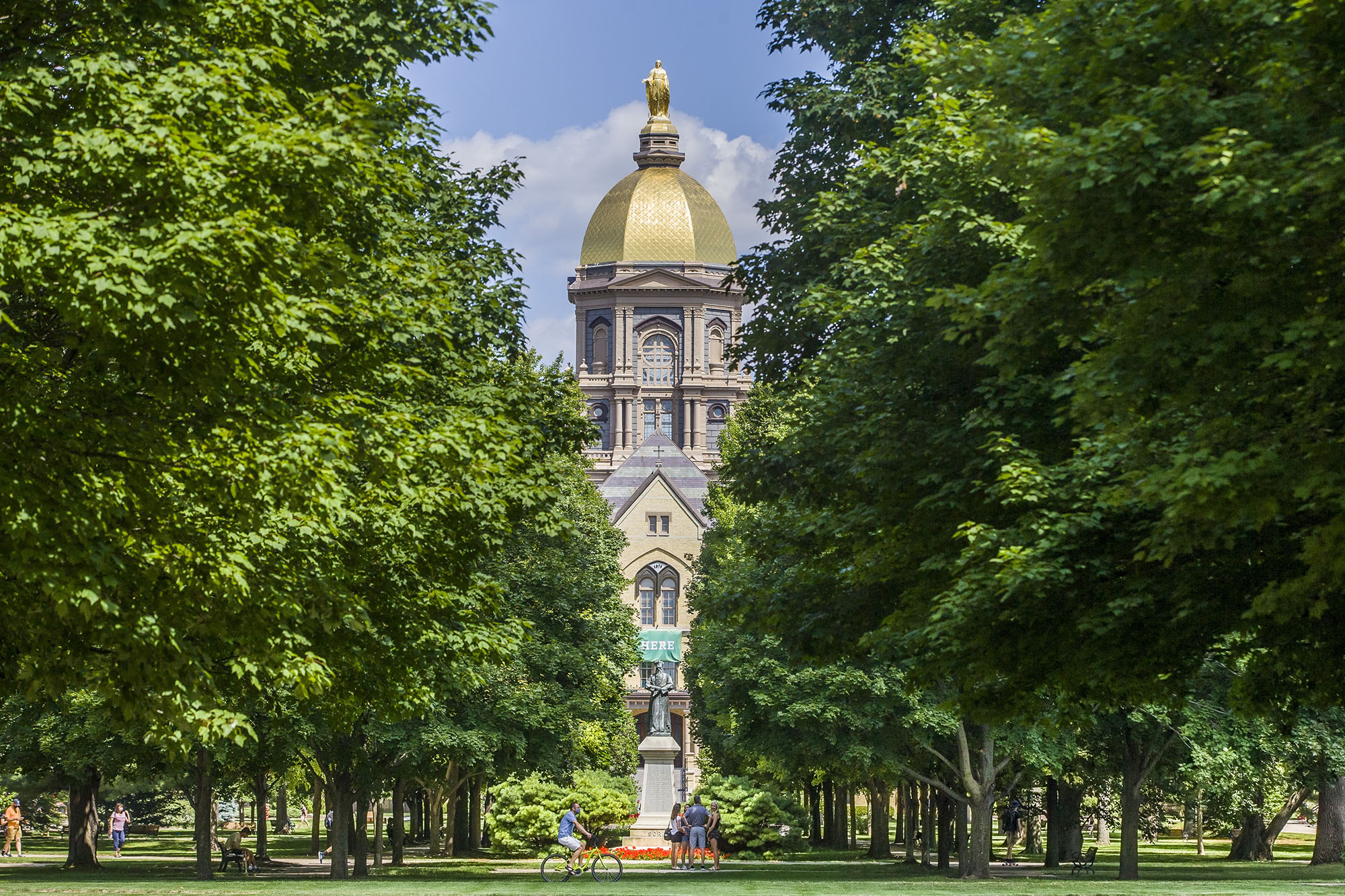 The University of Notre Dame announced Tuesday that it will temporarily moving classes online just one week into the fall semester — following a spike in coronavirus cases linked to off-campus parties.

University president Rev. John Jenkins said the Indiana school would be closing its campus for the next two weeks, because COVID-19 rates were continuing to climb.

“The virus is a formidable foe,” Jenkins said in a statement. “For the past week, it has been winning … Let us as the Fighting Irish join together to contain it.”

The abrupt move came after 19 percent of 418 students tested were positive for the virus on Monday, a week after classes began.

Most of those who tested positive were senior undergraduate men, and the cases were linked to at least two off-campus bashes where people didn’t wear masks or social distance, The Wall Street Journal reported.

“Our contact-tracing analysis indicates that most infections are coming from off-campus gatherings,” Jenkins said in a statement.

“Students infected at those gathering passed it on to others, who in turn have passed the virus on to others, resulting in the positive cases we have seen.”

He asked students to help in identifying others who have been brazenly violating safety measures.

“For your sake and the sake of our community and for continuing our semester on campus, please observe health protocols and avoid behavior that puts yourself or others at risk,” Jenkins said.

The university said it would not be sending students home for remote learning, at least for the time being.

Student gatherings off or on campus were also restricted to 10 people or fewer.

Also on Tuesday, New York’s Ithaca College reversed course and decided not to bring students back to its campus. And Michigan State University announced it would conduct classes online-only, just two weeks before fall classes were to start there.

On Monday, the University of North Carolina at Chapel Hill announced it would no longer hold in-person undergraduate classes — after 130 students tested positive for the virus in the first week of the semester.