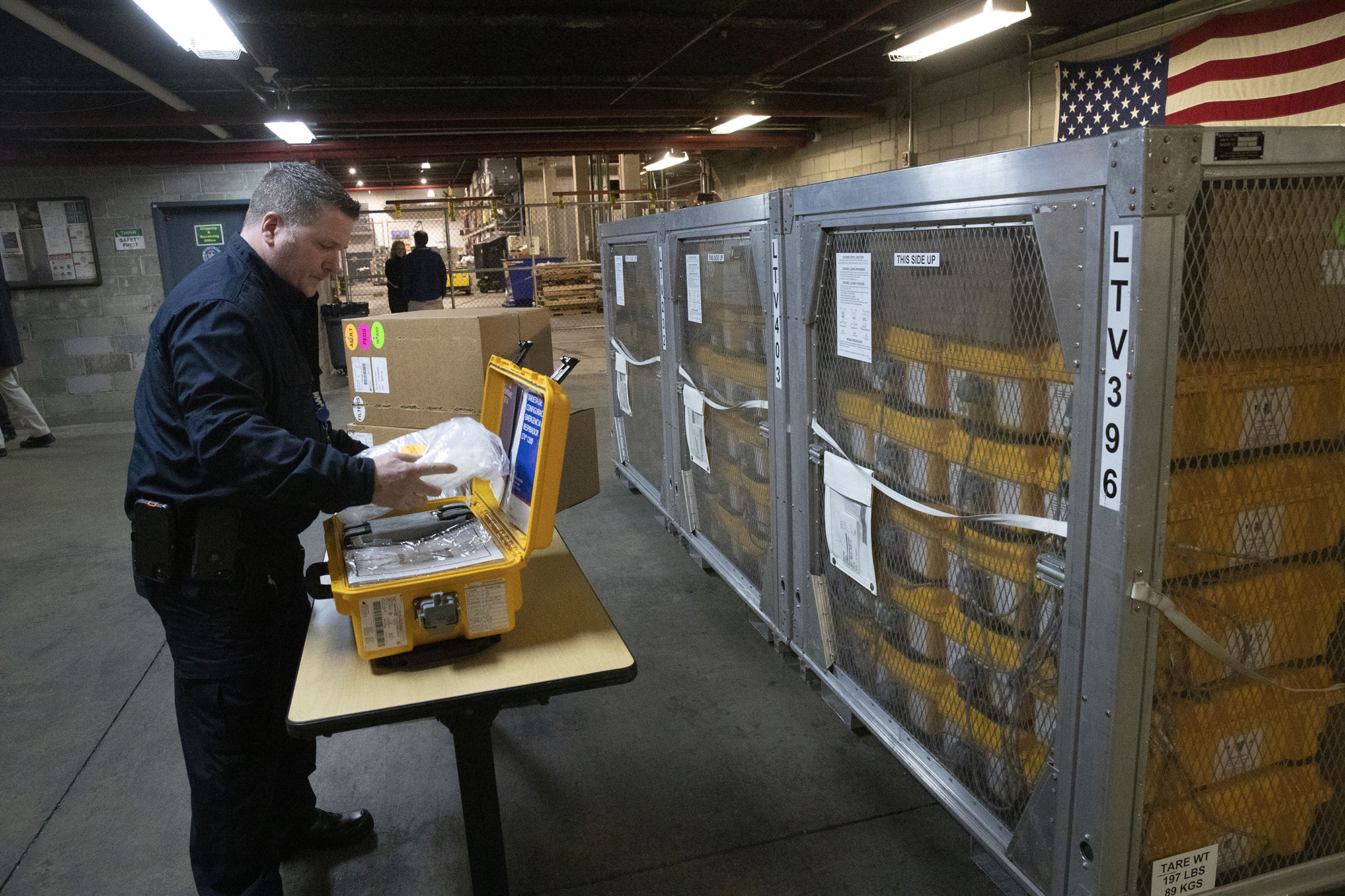 New York and New Jersey, early hot spots during the COVID-19 pandemic, have so far declined to release detailed breakdowns of their spending on personal protective gear and medical equipment during the first frenzied months of the virus outbreak.

The administration of New York Gov. Andrew Cuomo, a Democrat, said the state spent $830 million through nearly 400 contracts on protective gear and durable medical equipment from March through November.

An online database maintained by the state comptroller’s office lists basic information about those deals, including names of vendors and the dates and amounts of payments.

But state officials have for months refused public records requests for purchase orders that would reveal comprehensive details, like how many masks, gowns and ventilators it ordered from each vendor, how many orders were fulfilled, and how much it has recovered from failed deals.

Nationwide, reporting by The Associated Press revealed that from the time the virus began spreading in the U.S. until summer, states spent more than $7 billion on personal protective gear and high-end medical equipment such as ventilators and infrared thermometers. Much of that spending was done outside the normal competitive bidding process and had not previously been disclosed publicly.

Every state except New York and New Jersey responded to AP’s public records request by providing a detailed breakdown of the spending and suppliers.

“That is black letter public information,” Empire Center for Public Policy Senior Fellow for Health Policy Bill Hammond said. “There’s nothing more clearly that the public is entitled to know than how their money is being spent.”

The AP first requested details about purchases in the spring, but Cuomo’s administration never provided them. Cuomo’s budget office asked AP in July to formally submit a request through New York’s open records law. Since then, the administration has sent the AP monthly notices saying it needs more time to search for and review records. The latest estimate was mid- to late January.

Cuomo’s office and the Department of Health did not respond to requests for comment to explain the repeated delays.

The state did provide a one-page document showing it spent $164 million for 153 million pieces of equipment, including masks, gloves, goggles, beds and even morgue trucks.

“Due to the number of contracts and purchase orders responsive to your request, it would be substantially disruptive to agency operations to collect each individual contract or purchase order, identify the specific source of funding, and review it for any necessary redactions prior to production,” the state Health Department said in response to the AP’s request.

The failure to provide full transparency on COVID-19 purchases leaves unanswered how much money the states spent on needed items that quickly skyrocketed in price and the extent that they turned to untested suppliers at a time when the federal government largely left such purchasing up to the states.

Cameron Macdonald, executive director of the Government Justice Center, said the data also could shed a light on questions surrounding the state’s stockpile of protective gear and medical supplies ahead of the pandemic.

“Nobody knows how much of that expired, how much they were playing catch up in the spring,” he said.

By late March, multiple states had suspended usual safeguards for the awarding of contracts amid a heated competition among states, counties, hospitals and even other countries for ventilators and equipment to protect front-line medical workers.

Cuomo promised companies that could help manufacture protective gear for New York that they would face no “red tape.” He sent staffers to China as part of efforts to procure 7,000 ventilators but warned the state still needed federal help: “We’ve tried everything else.”

Some specific purchases have been confirmed publicly by the Cuomo administration to media outlets. Among those are $122 million in payments to Brooklyn-based Dome International for a hoped-for 5,700 ventilators and $69 million to Silicon Valley businessman Yaron Oren Pines.

But few details of those purchases have been released. Cuomo aides have said the state was trying to get back some or all of the payments made to companies that didn’t produce promised gear.

“While the vast majority of goods have been received, there were a few instances where items ordered have not been delivered in whole or in part,” said Office of General Services spokesperson Heather Groll.

About $223 million has been recovered so far, she said in a written statement.

She declined to specify which orders were unfulfilled and how much money the state is trying to recover, saying it “does not want to jeopardize its negotiating ability by providing details.”

The AP sought purchase orders that included the vendors’ name and address, the date, a description of the items purchased, the quantity of items bought, and the price.

“It’s deeply troubling that they would deny access to payment vouchers, which are quintessential public records that help people monitor how taxpayer money is spent,” said CJ Griffin, a New Jersey attorney who specializes in public records law.