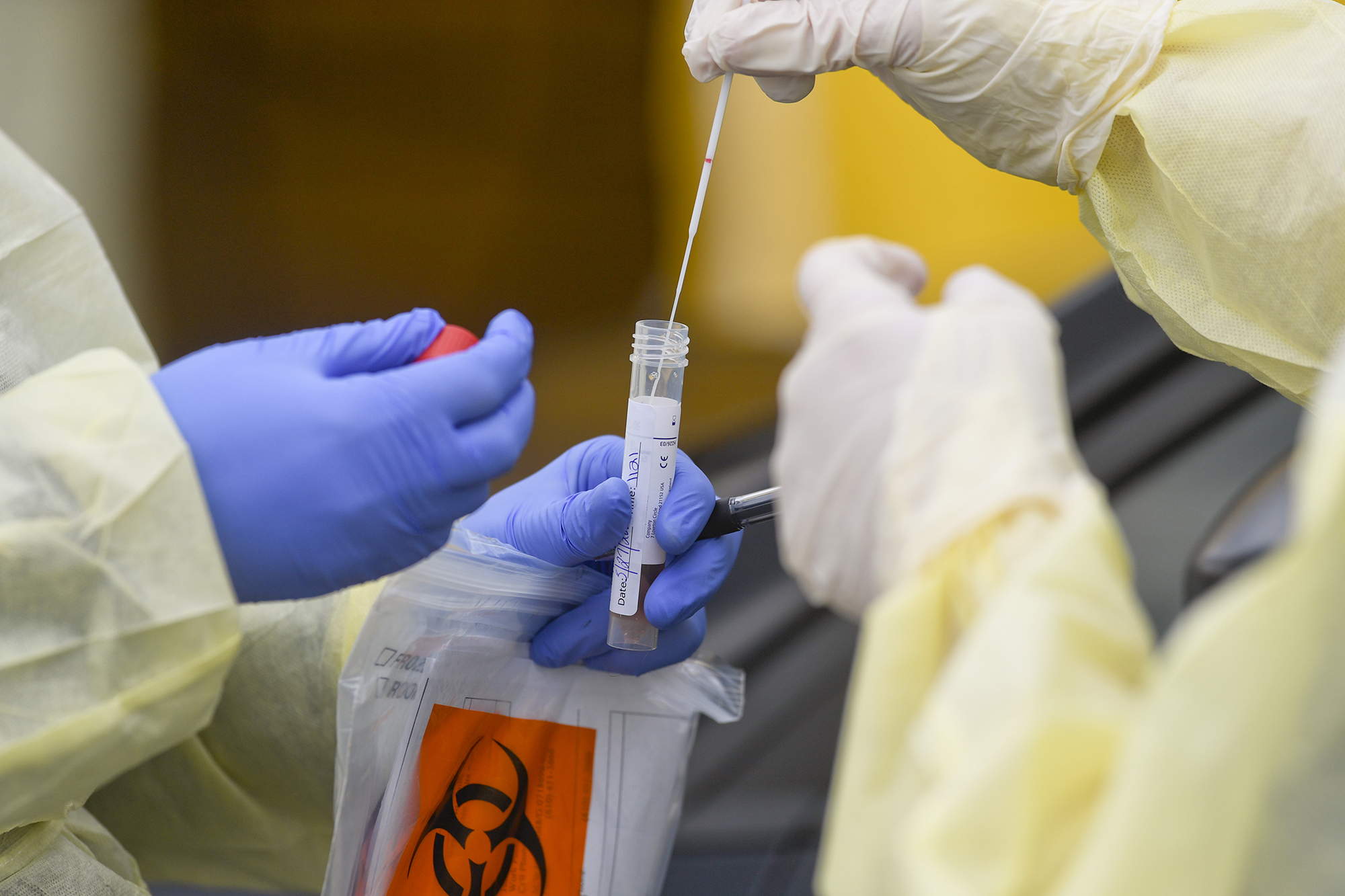 A Nevada resident is thought to be the first person in the United States to be infected twice by the coronavirus, according to findings released this week.

The 25-year-old man, of Reno, experienced a sore throat, cough, headache, nausea and diarrhea — and first tested positive for the COVID-19 on April 18, according to a study published to the website SSRN Thursday, which has yet to be peer-reviewed.

His symptoms had resolved by April 27, and he tested negative for the virus twice in May, the study says.

Then on May 31, he sought treatment again for the same symptoms, in addition to a fever and dizziness, according to the study.

The patient was hospitalized five days later as his symptoms worsened to include muscle aches, a cough and shortness of breath.

He then tested positive for the coronavirus a second time. Another test revealed he had antibodies against the infection.

Dr. Mark Pandori, director of the Nevada State Public Health Laboratory, said in a statement that the fact that a person was reinfected “on such a short timeline” indicates “there may be implications for the efficacy of vaccines developed to fight the disease,” as well as for herd immunity.

However, he said it’s “important to note that this is a singular finding.”

“It does not provide any information to us with regard to the generalizability of this phenomenon,” Pandori added.

The new study comes after researchers on Monday revealed a 33-year-old Hong Kong man was the first patient ever confirmed to be reinfected with the coronavirus.

It also emerged this week that two other coronavirus patients, one from the Netherlands and one from Belgium, were reinfected with the contagion.