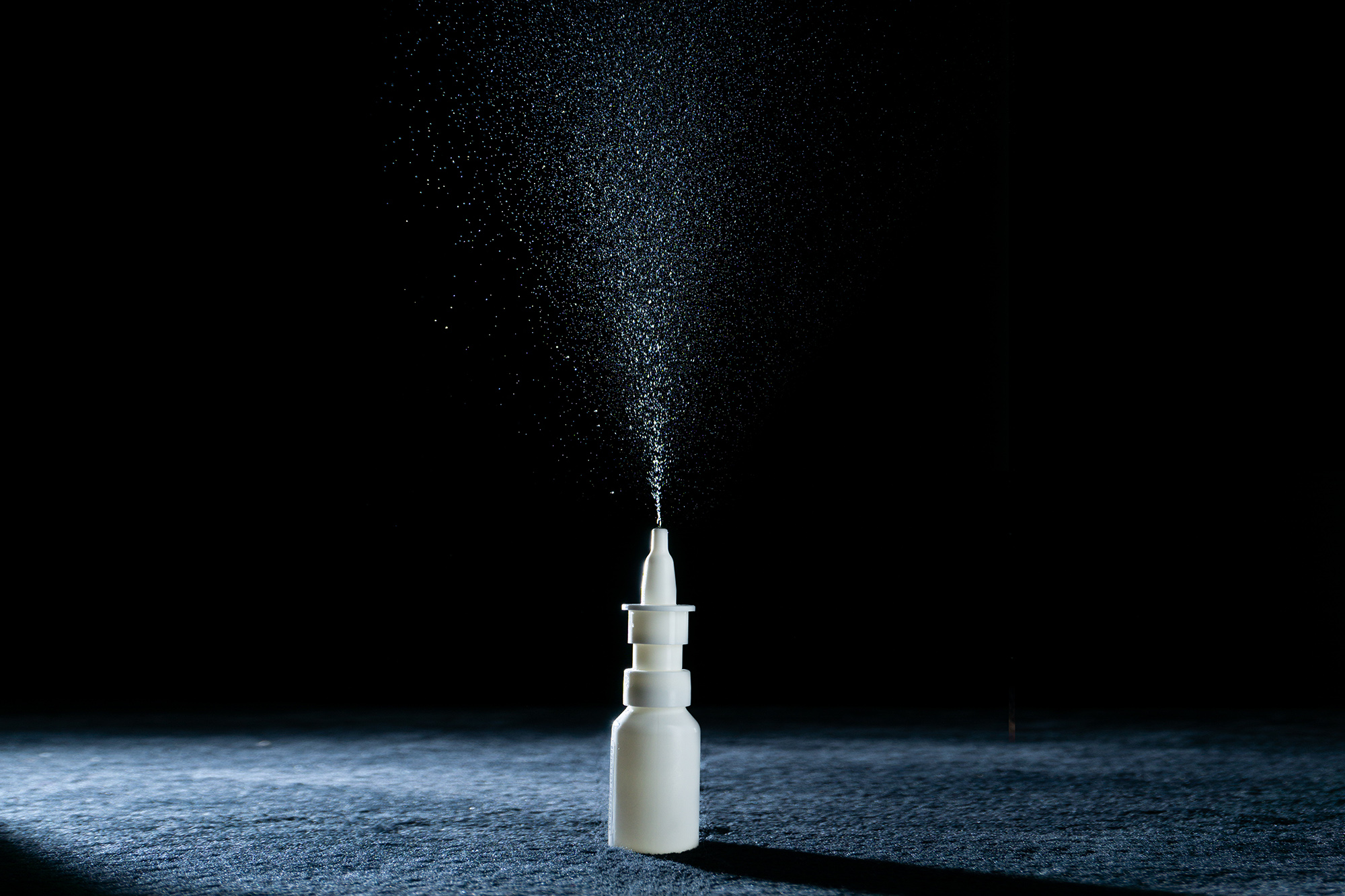 A new experimental nasal spray could prevent people from getting infected with COVID-19 for up to eight hours, according to a study.

The promising treatment has shown it can block infection from the virus in lab studies with mice,  according to researchers at the University of Helsinki in Finland.

“This technology is cheap and highly manufacturable, and the inhibitor works equally well against all variants,” study author Kalle Saksela told Gizmodo.

“It works also against the now-extinct SARS virus, so it might well also serve as an emergency measure against possible new coronaviruses.”

The spray, developed for immunocompromised and other high-risk people, is made of an antibody-like synthetic protein that recognizes and binds to the spike protein of the coronavirus — temporarily stopping it in its tracks, according to the study.

The spray is made of an antibody-like synthetic protein that recognizes and binds to the spike protein of the coronavirus.BSIP/Universal Images Group via

Researchers found that a small dose of it prevented cells from being infected with all variants of the coronavirus, including Omicron.

They also found that mice given treatment were much less likely to have trouble in their upper respiratory tract and lungs after being exposed to the Beta variant of COVID-19.

But the nasal spray hasn’t yet been tested on humans, lab studies are not yet peer-reviewed and more research is needed, the scientists said.

Saksela also warned that the treatment isn’t meant to replace vaccines or other drugs.

“Its prophylactic use is meant to protect from SARS-CoV-2 infection,” Saksela said. “However, it is not a vaccine, nor meant to be an alternative for vaccines, but rather to complement vaccination for providing additional protection.”