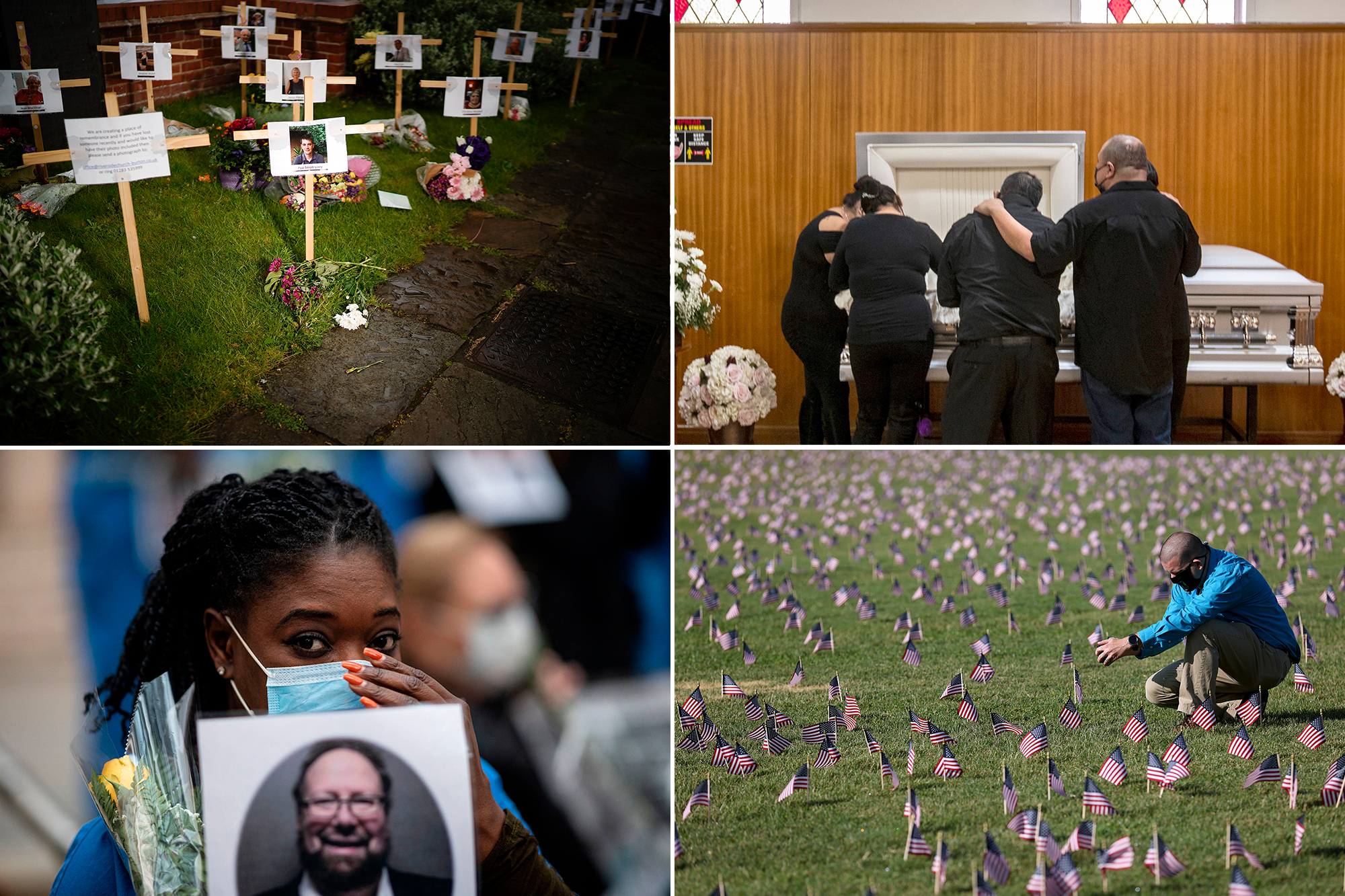 The United States surpassed more than 600,000 deaths from COVID-19 on Tuesday, data shows.

The grim figure comes as vaccination efforts have helped to bring the daily death count from more than 3,000 at the peak in January to about 360 on Sunday, according to a seven-day average by Johns Hopkins University.

Earlier this winter, 3,000 Americans were dying per day of COVID-19.Win McNamee/Getty Images

Nurses and health care workers mourn and remember their colleagues who died from COVID-19 during a demonstration outside New York’s Mount Sinai Hospital.AFP via Getty Images

“My heart goes out to those who’ve lost a loved one … We have more work to do to beat this virus and now’s not the time to let our guard down,” President Biden said while in Brussels, Belgium for at NATO meetings.

Biden has set a goal to give at least one shot to 70 percent of adult Americans by the Fourth of July.

Volunteers plot geotagged flags in December at the “In America: How Could This Happen,” public art installation in Washington, DC.AFP via Getty Images

The CDC reports that 64 percent of adults have now gotten at least one shot of the COVID-19 vaccine.Christopher Furlong/Getty Images

New York became the 14th state to reach the clear the threshold on Tuesday, following states such as California, Connecticut and New Jersey.

Currently, at least 64 percent of adults have received at least one shot of a vaccine, according to the Centers for Disease Control and Prevention.