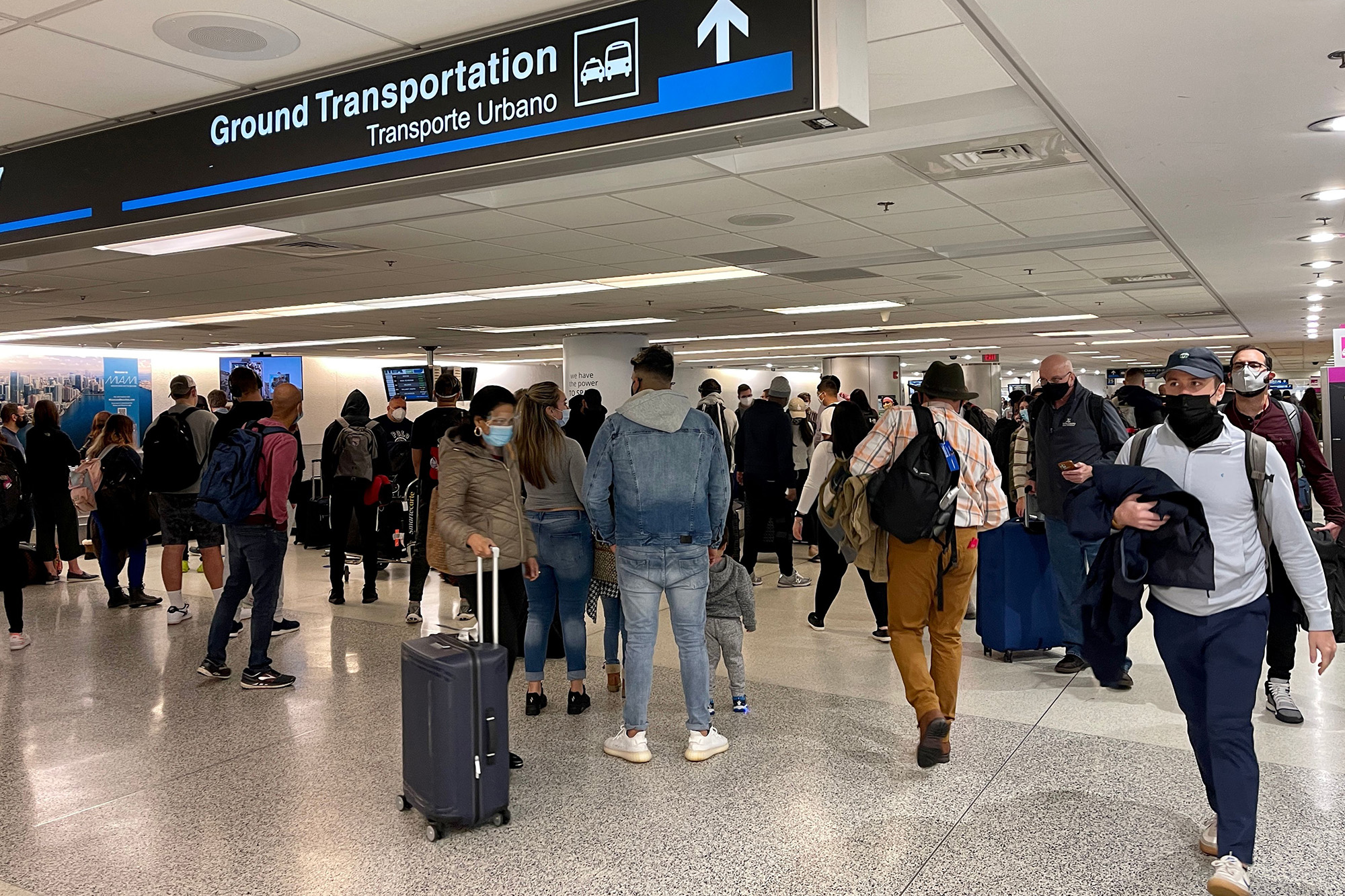 Travel warnings are falling on millions of deaf ears in the US as domestic fliers took to the skies in large numbers over the weekend, despite an alarming surge in COVID-19 cases.

More than a million people passed through U.S. airport security checkpoints on both Friday and Saturday, a sign that many Americans are not paying heed to public health pleas to avoid holiday travel and non-essential social interaction.

The weekend rush on U.S. airports mark the first time TSA officials have screened more than a million passengers since the end of the Thanksgiving weekend. That period saw an increase in travel that alarmed health officials due to spiking numbers of infections that led to the current surge of coronavirus cases, which are at a level not seen since March.

In the 26 days since the day before Thanksgiving, the seven-day rolling average of newly reported infections in the U.S. has jumped from about 176,000 to more than 215,000 per day. Experts believe that Thanksgiving travel was a factor in the new wave of cases that has overwhelmed hospitals around the nation.

The Centers for Disease Control has pleaded with Americans to not gather for the holiday with people outside of their immediate household.

“People who do not currently live in your housing unit, such as college students who are returning home from school for the holidays, should be considered part of different households,” the agency said.

Stay-at-home orders and advisories are in effect across the country in many of the nation’s most populated areas, and the vast majority of California’s 40 million residents have been ordered to remain home except for essential work, shopping and excercise.

Despite these measures, more than 2.1 million people combined went through airport security on Friday and Saturday. Although these numbers were drastically down from the same dates last year, it was the smallest decline in year-to-year traffic volume since before Thanksgiving.

Even more travel is expected as Christmas nears. AAA projects about 85 million people will travel between Dec. 23 and Jan. 3, most of them by car. Health officials also note the increased chances of transmission events between Christmas and New Year’s Day, which is a longer timespan than the Thanksgiving break.