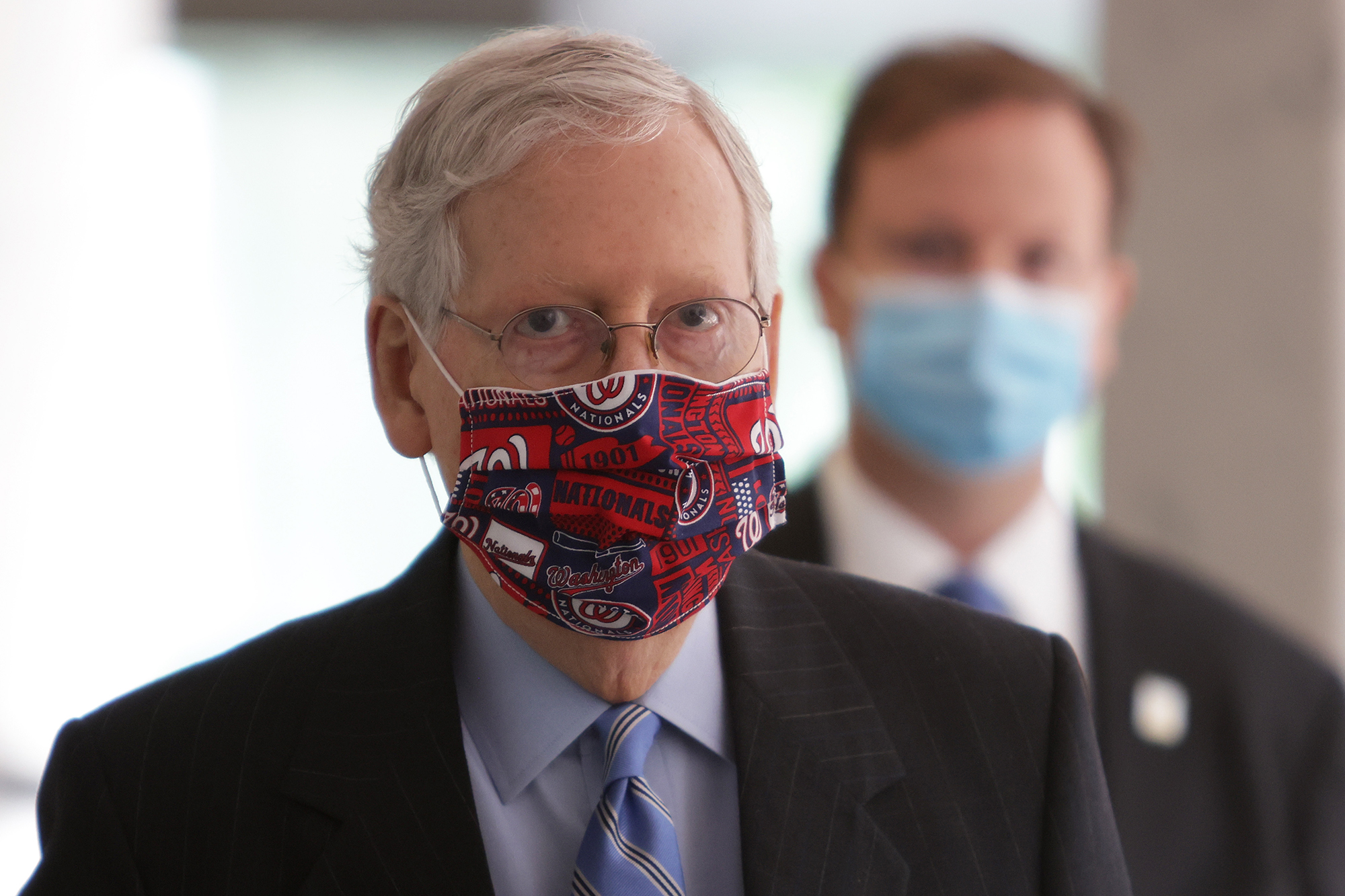 Speaking to the Fox Business Network in an interview Monday, Mnuchin, one of President Trump’s top negotiators in crafting the latest bill, said that he and White House Chief of Staff Mark Meadows had been in daily contact with McConnell (R-Ky.) and Senate Republicans by phone.

“Hopefully Mitch [McConnell] will enter new legislation next week,” he said when asked about the Congressional stalemate between House Democrats, Senate Republicans and the White House on the next round of coronavirus funding.

The treasury secretary added that the GOP-backed legislation would focus on children, jobs and liability protections for small businesses — a red line for Republicans.

The timeline matches up with that of Senate GOP Conference Chairman John Barrasso (R-Wyo.), who told PBS Tuesday morning that the “goal” was to vote on the “skinny” coronavirus relief package sometime next week.

“We have a focused, targeted solution that we hope that the House would pass and the House would agree to,” he said, adding that the legislation was “focused on getting people back to work, getting kids back to school.”

The bill “leaves out…the so many things that Pelosi has put in her bill that are unrelated to coronavirus,” he added.

Still, Barrasso warned that the “skinny” version of the GOP-backed bill still needs the support of the overall Senate Republican Conference, which meets virtually every morning.

“We’re having a conference call every morning. We have one again today with Secretary Mnuchin and the White House chief of staff to go over that, and that’s the goal — is to come back and vote to move that,” the Wyoming senator said.

In his Fox Business interview, Mnuchin slammed House Speaker Nancy Pelosi and Senate Minority Leader Chuck Schumer, who he said “just don’t want to negotiate in good faith,” despite their agreement on “many, many issues.”

“The president wants us to help with more money for kids and jobs. We’re going to keep trying because it’s too important for the American people,” he added.

Democrats and Republicans have not engaged in coronavirus relief package negotiations since early August, when both parties reached a stalemate.