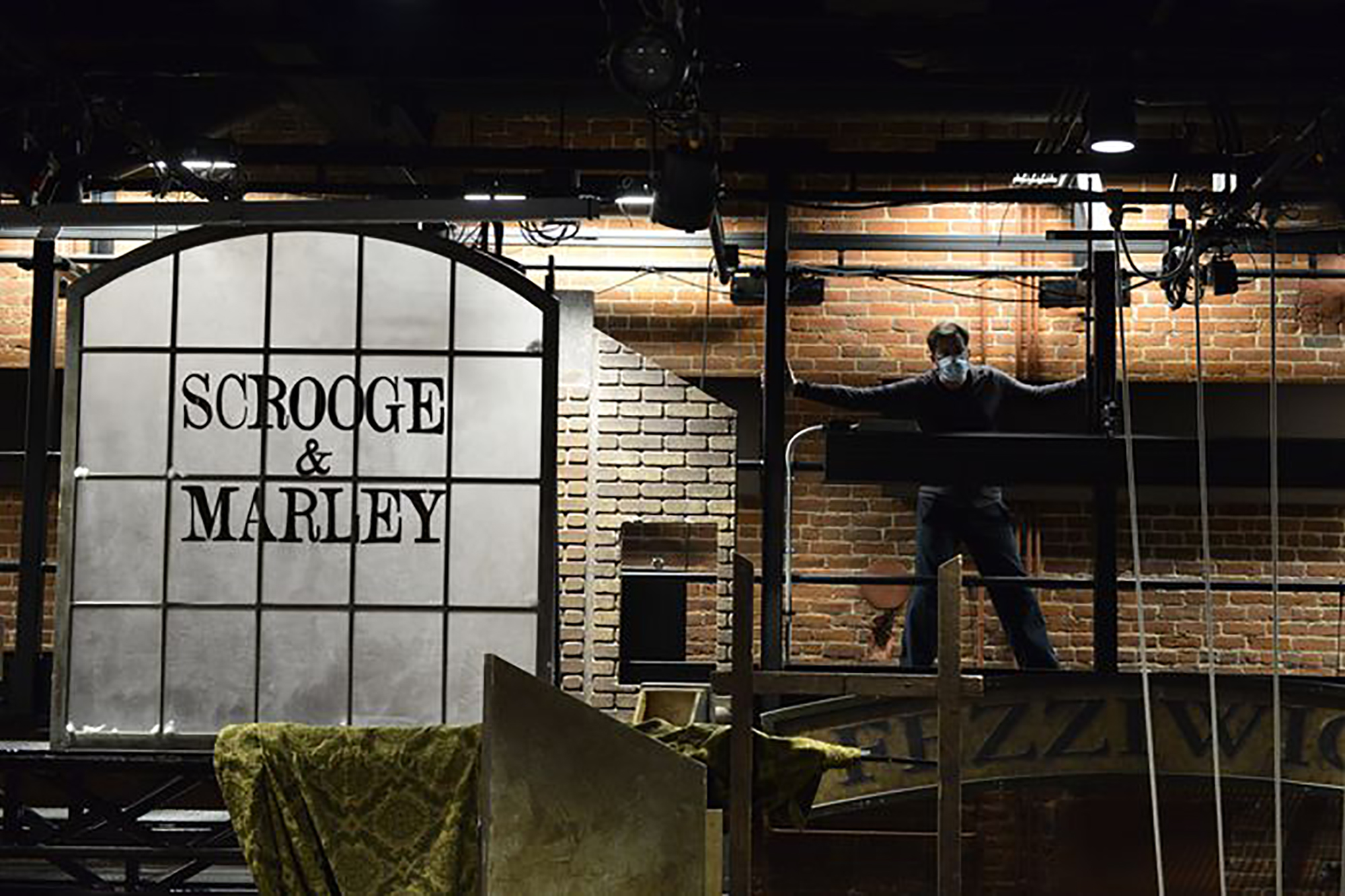 Even Scrooge has to confront the coronavirus this year.

A Massachusetts theater troupe is putting a 2020 spin on their holiday tradition, shifting from live performances using a lavish set to a pared-down, filmed version of Charles Dickens’ classic Christmas story.

The Hanover Theatre Repertory’s “A Christmas Carol Reimagined” is set in a small dark theater shuttered by a pandemic. A small group of actors sneak into the venue, find discarded playbills from a canceled production of “A Christmas Carol,” and retell the story of Ebenezer Scrooge and his ghostly Christmas transformation using the props on hand.

The cast, which would include dozens of actors in the traditional version, was slimmed down to a half dozen adults and two children. The Hanover Theatre’s lavish set was mothballed for the season, and the filming shifted to the Brickbox Theater, a smaller venue, also in Worchester, Mass.

The production was already filmed, and will be available on demand beginning Dec. 11. In-person screenings will be shown at the Brickbox Theater, from Dec. 15 to 23.

“The tradition is certainly important, but in reimagining, we’re not just doing a smaller version of it than what we do on the main stage,” the managing director for the BrickBox Theater Olivia D’Ambrosio Scanlon told MassLive.com. “We’re doing a version of it that speaks to this moment in time in every way.”