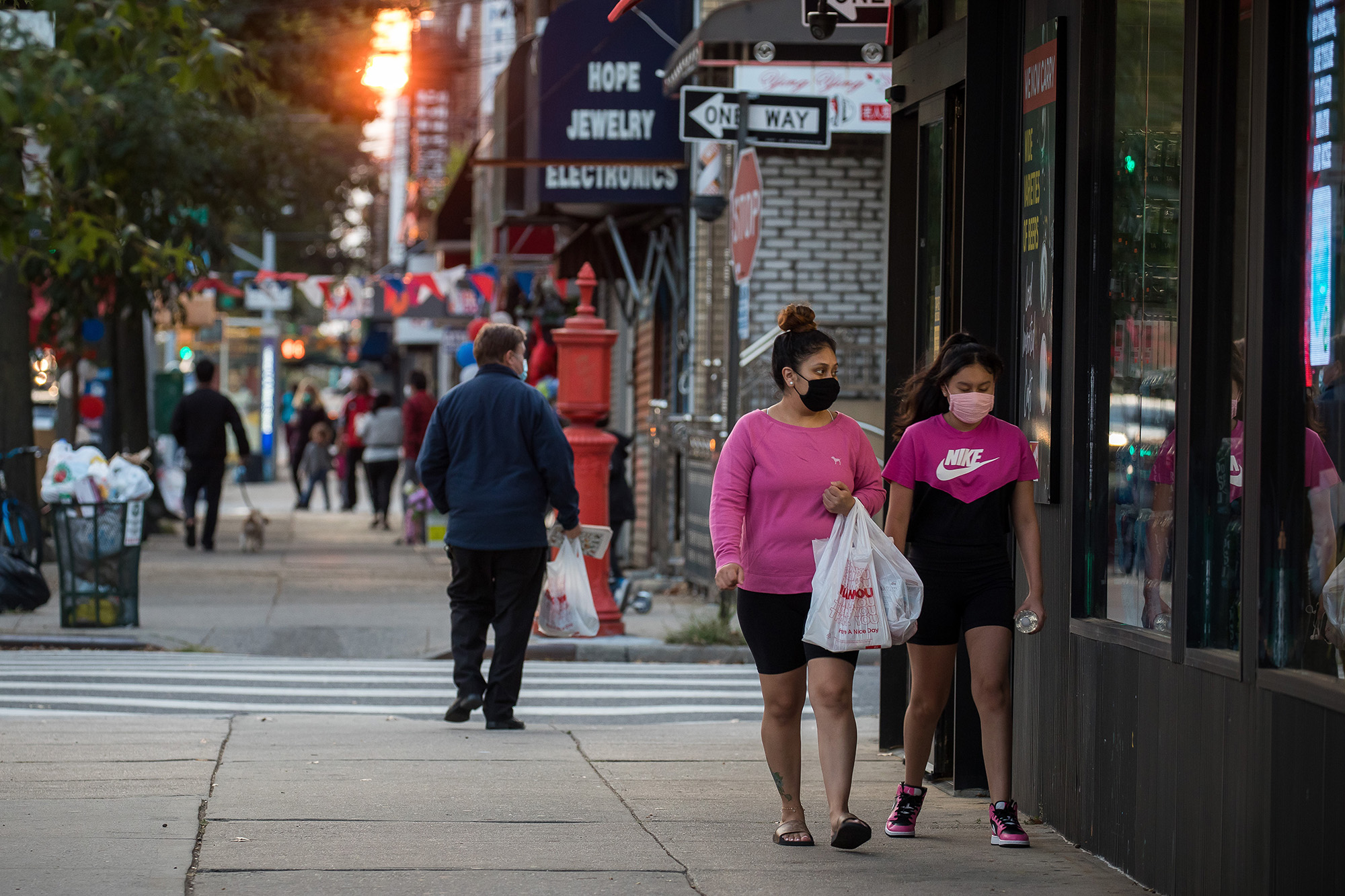 Forcing people to wear face masks has a “significant impact” on stopping the spread of coronavirus — and can almost halve the number of new infections, according to a study.

Researchers from Canada’s Simon Fraser University claim that “up to a 46 percent average reduction” in new cases has been recorded in the first few weeks after mask mandates are implemented.

Areas that enforced mask-wearing saw an average weekly reduction of 25 to 31 percent in newly diagnosed COVID-19 cases each week, relative to those that did not have such a policy, the study claims.

The team estimates that had masks been mandated across Canada from July, the Great White North could have seen at least 25 percent fewer cases — and possibly even 40 percent.

The variance in regions was in part due to how many people complied with the mandate in each area, according to the study which has yet to be peer-reviewed.

“A face mask mandate may not be effective in practice if it fails to increase the prevalence of mask-wearing (compliance), or if it leads to increased contacts due to a false sense of security,” the study warns.

The British Columbia university’s economics team noted that masks have become a “contentious policy issue” with “conspiracy theories and misinformation” despite the comparative ease of wearing them.

A person waits in line to be tested for COVID-19 at a city test site in Brooklyn.Getty Images

It was also not clear if the reduced spread was maintained after the initial period the mask mandate was implemented, the scientists conceded.

However, the data showed “clear evidence that wearing a mask can have a significant impact on the spread of COVID-19,” the study said.

“Our results suggest that more comprehensive mask policies can be more effective in reducing the case growth rate,” the study says.

“We conclude that mask mandates can be a powerful policy tool for at least temporarily reducing the spread of COVID-19 … with little associated economic disruption at least in the short run,” the study claims.