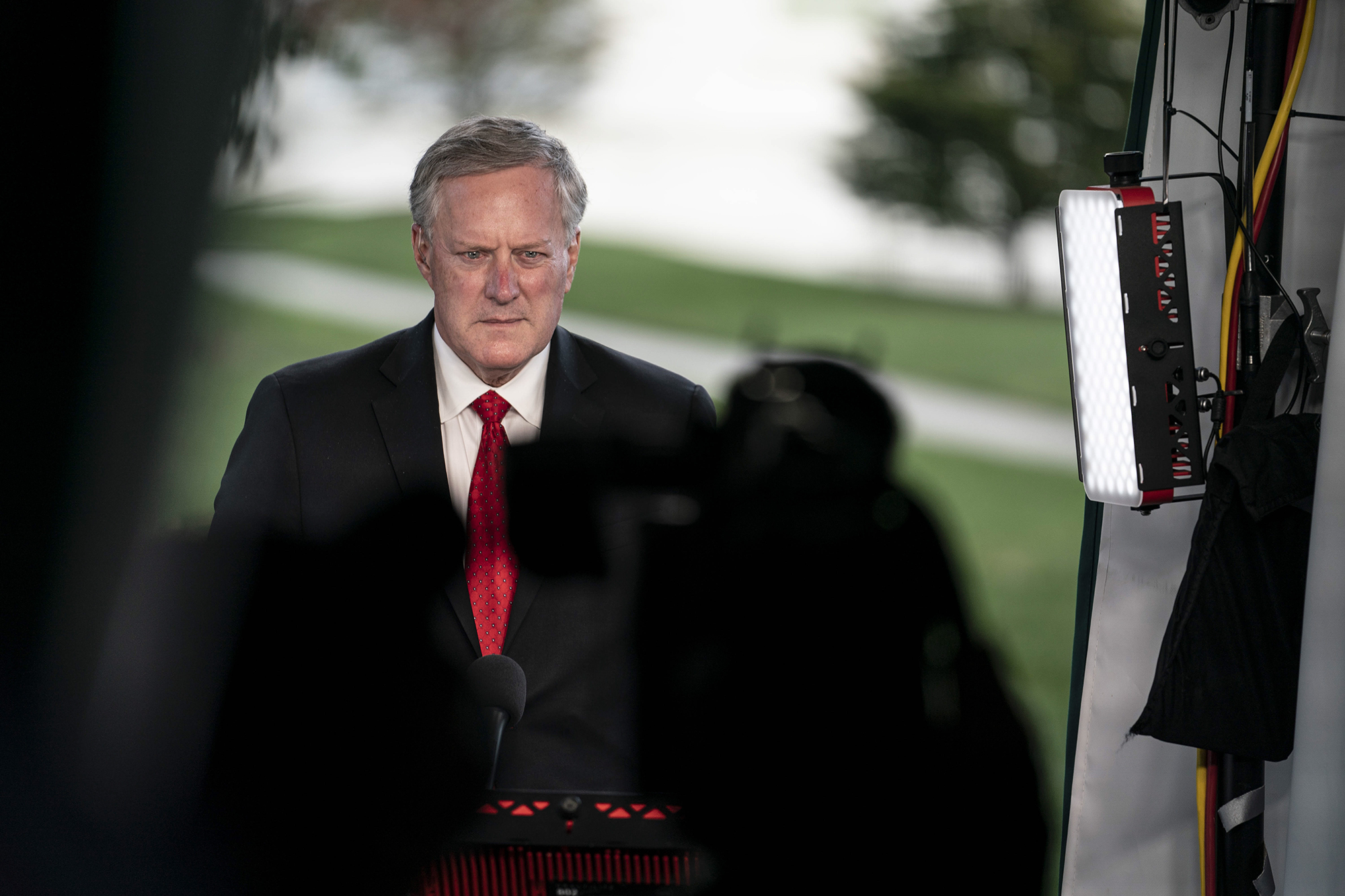 White House chief of staff Mark Meadows hosted an opulent indoor May wedding for his daughter in Atlanta — despite coronavirus lockdown restrictions that barred gatherings of more than 10 people.

The wedding, which was hosted at Atlanta’s Biltmore Ballrooms on May 31, was attended by some 70 maskless guests, including Ohio Rep. Jim Jordan, the Atlanta Journal Constitution reported.

Photos of the event reviewed by the New York Times show dozens of attendees, dressed in tuxedos and ball gowns, ignoring social distancing protocols while celebrating and toasting the newlyweds.

In one shot, Meadows delivered a speech in front of an eight-person band, according to the report. In another, nearly two dozen members of the wedding party posed with the newlyweds.

Other snaps show Meadows walking with his wife while down an aisle, dancing with his daughter and wedding guests shaking hands and dancing.

Georgia had begun to loosen lockdown restrictions by the end of May, but an order by the governor that was in effect clearly imposed a ban on gatherings of more than 10 people at the time, according to the report.

Those restrictions were amended on June 1 to allow gathers of up to 25 people — still far fewer than attended the wedding, the report said.

The White House did not immediately respond to request for comment.