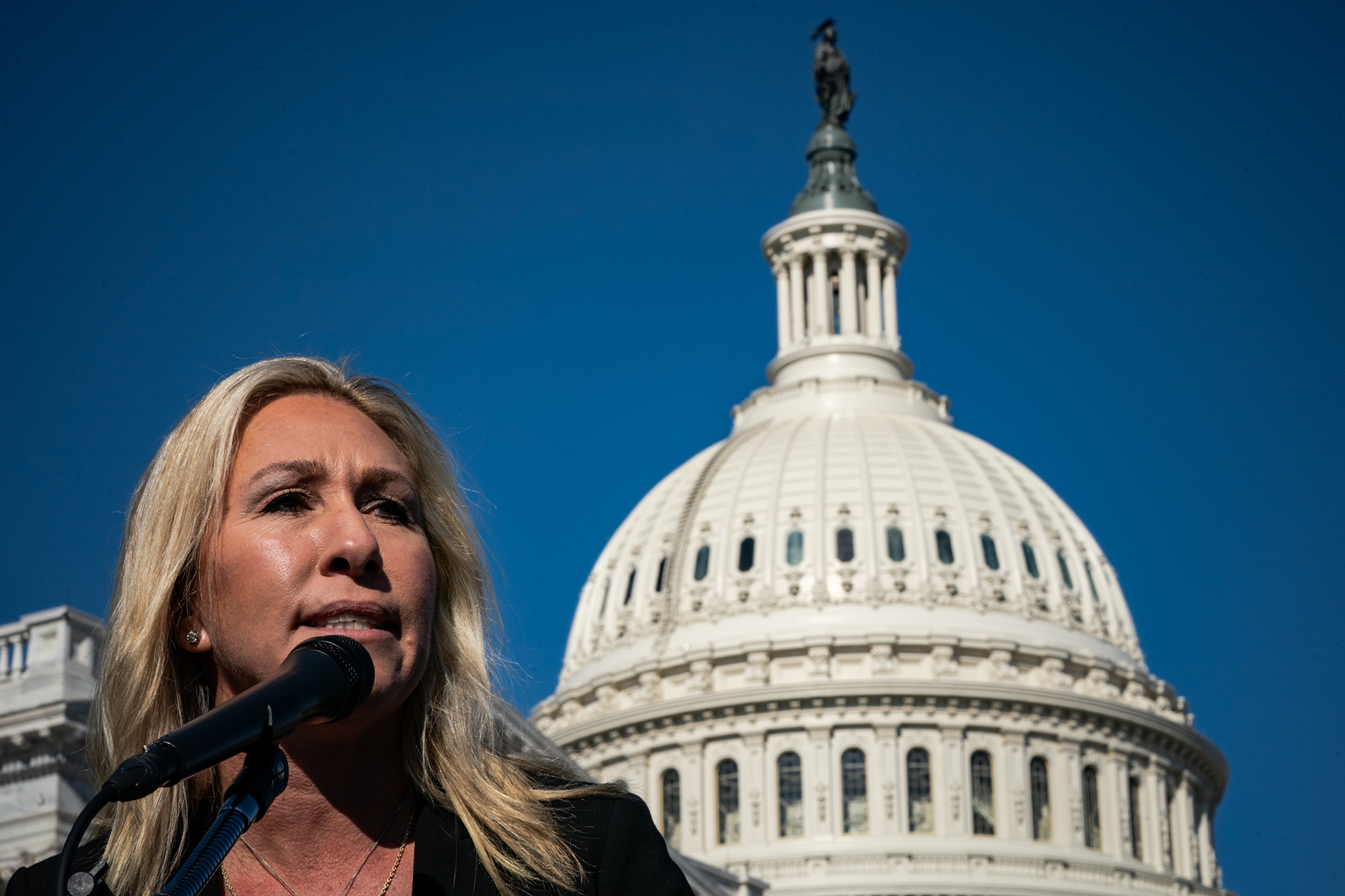 The House had been expected to approve the American Rescue Plan Act around noon, but Greene’s motion forced the lengthy vote due to pandemic restrictions that require few lawmakers to vote at a given time.

The motion to adjourn was defeated 149-235, with 41 Republicans voting against it.

Greene said that “$1.9 trillion in spending is reckless, irresponsible and the wrong thing to do.”

“We still have $1 trillion set aside for COVID relief in spending. There is no need to enslave the American people, our children, our grandchildren, our great-great-grandchildren and generations going forward in more debt,” she said.

“We’re at $28 trillion in debt. This Congress is ramming through unbelievable things at a rapid pace. This must be stopped. We have to give pause and consideration to what we’re doing. This is a waste of money, and a complete waste of time. Reopening America is a much better way to go.”

Greene is a controversial freshman legislator. Last month, Democrats and 11 Republicans voted to remove her from House committees due to her adherence to a range of conspiracy theories. Greene recanted those beliefs, including doubting that a plane struck the Pentagon on 9/11 and suggesting mass shootings were committed by gun control activists.

Democrats said they were outraged that Greene gummed up the process to pass Biden’s first major legislative achievement as president — which, if passed before noon, would mark its passage during Biden’s first 50 days in office.

Rep. Jim McGovern (D-Mass.), chairman of the powerful House Rules Committee, told reporters, “I quite frankly think it’s unconscionable that they are doing everything they can to try to, again, delay getting aid to the people, including their constituents who are in desperate need.”

Republicans largely say the bill, approved by the Senate on Saturday, is poorly focused and that much of the funds won’t be spent until after the pandemic ends. For example, it offers more than $120 billion for K-12 schools, but the Congressional Budget Office estimates that more than 90 percent won’t be spent in 2021 because funds approved for schools last year haven’t been spent.

The bill grants $1,400 stimulus checks to adults who earn up to $75,000 per year, with smaller amounts for earners between $75,000 and $80,000. An extra $1,400 check is awarded for each dependent child, but in a change from past stimulus checks, the income limits for adults apply to checks for their kids too.

It extends a $300 weekly unemployment insurance supplement through Sept. 6.

The package contains $350 billion in state and local aid and $75 billion for COVID-19 vaccination, testing and other pandemic medical supplies. New York City’s government is expected to receive about $6 billion; the New York state government will take more than $12.5 billion.

The bill also establishes 15 weeks of paid leave for federal workers, including US Postal Service employees, for COVID-19-related reasons, including care of kids who don’t have school or daycare, and creates a new $25 billion grant program specifically for bars and restaurants that will compensate for lost revenue.