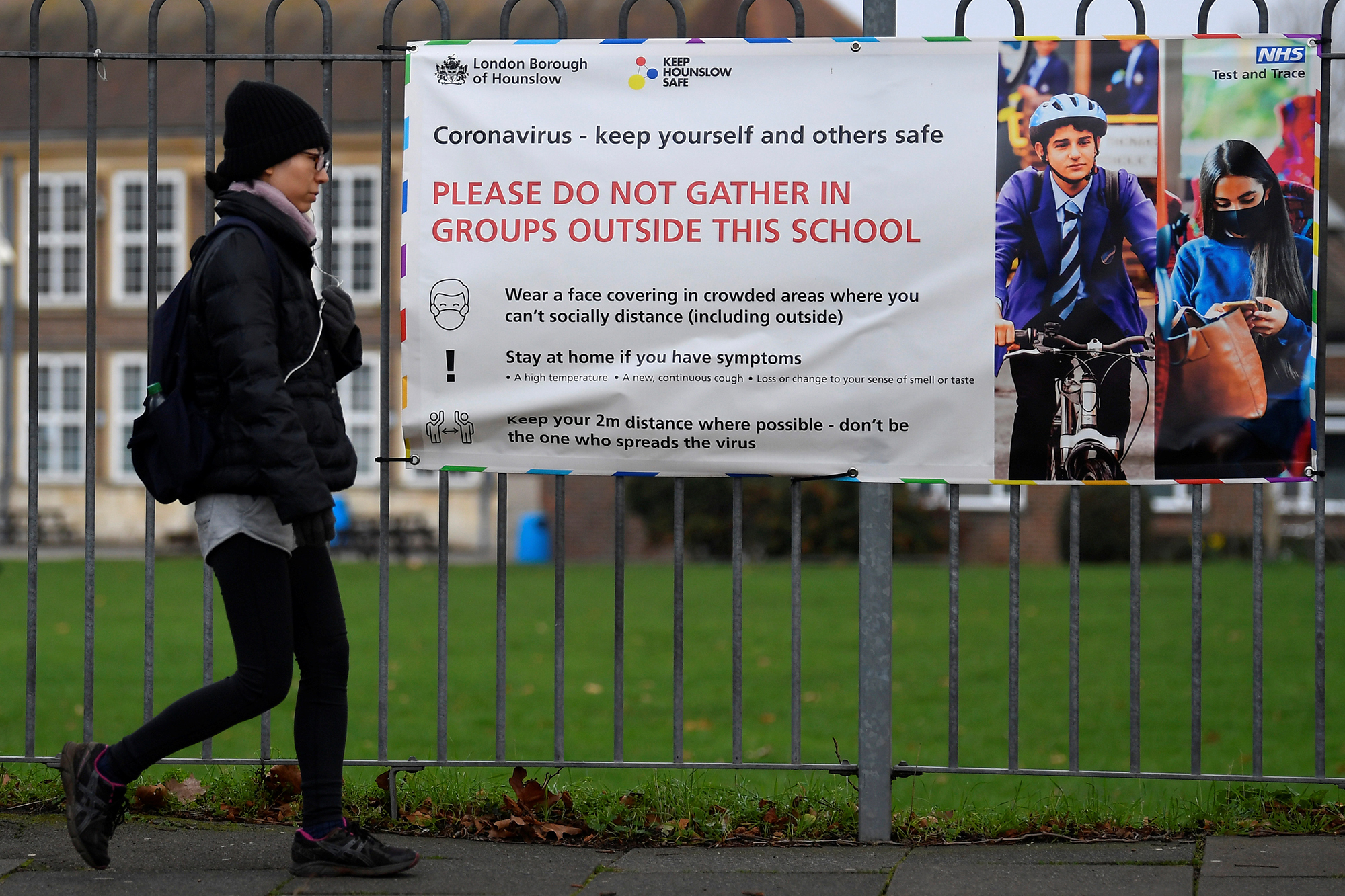 British officials announced Friday that all schools serving younger children will shut for two weeks due to rising coronavirus infections and concerns over a new strain.

Education authorities had initially opted to reopen most primary schools after Christmas break while delaying class resumption for older kids.

But with COVID-19 rates surging and increasing worry over a more contagious new strain, critics protested the decision.

Officials were only going to shut a limited number of primary schools in certain parts of the country — including some but not all in London.

That position led to objections from some local school and municipal officials, and Friday’s reversal.

“The Government have finally seen sense and u-turned,” London Mayor Sadiq Khan posted in a tweet. “All primary schools across London will be treated the same. This is the right decision – and I want to thank education minister Nick Gibb for our constructive conversations over the past two days.”

The education department’s initial plan baffled some observers, who questioned why schools close to each other were given different orders.

Scientific advisers were among those pushing for the uniform closure to help contain COVID-19.